Neon Abyss isn’t quite here yet but the roguelike blast of brightly colored pixels has a demo and you can drop into it now.

Publisher Team 17 and Chinese developer Vewoo games have unveiled a demo for their bright new roguelike adventure before it releases on Steam. Players jumping into this top down adventure are going to be greeted to a run and gun experience that puts you firmly in the Grim Squad. A task squad set up by Hades himself, the Grim Squad are tasked with infiltrating the abyss and defeating the new gods. Really you don’t care who your target is, just that this run and gun scenario is full of the usual procedural variation, an almost unlimited number of item synergies and a dungeon evolution system that diversifies each run every time you die.

Players picking up the demo will be able to grab 15 minutes of playtime f they choose the game’s easy mode but that isn’t a hard and fast rule. Choose the medium difficulty level and you will get 18 minutes with the Grim Squad, while the pain will draw out for even longer at 24 minutes playtime for anybody brave enough to pick the hard mode. When you pick up the demo you’ll encounter a few of the game’s key features, detailed below:

Players will have to wait for a while to find out how the full game plays out. This particularly Neon Abyss isn’t lighting up storefronts until 2020. Instead you’ll have to make do with the latest trailer, above, until then and unfortunately, it doesn’t make you any more powerful when you replay it from the beginning. Find out more about Neon Abyss at the official Steam Store page now.

Written by
Ed Orr
For those of you who I’ve not met yet, my name is Ed. After an early indoctrination into PC gaming, years adrift on the unwashed internet, running a successful guild, and testing video games, I turned my hand to writing about them. Now, you will find me squawking across a multitude of sites and even getting to play games now and then
Previous ArticleBuy games cheaper with a free VPNNext ArticleNew Trailer Hype For Kingdom Under Fire 2 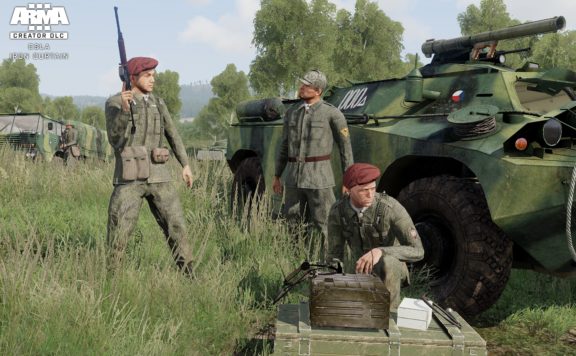