The De Vespe Conspiracy is the first and only major story-driven DLC released for open-world action-adventure GreedFall. Its arrival came as something of a surprise: the developer, Spiders, released the expansion out of the blue almost two years after the initial launch of the base game in 2019.

The DLC can be acquired as a part of the recently released Gold Edition of the game or purchased separately if you already own the base version.

Put on your weathered tricorne, this is our De Vespe Conspiracy DLC review! Beware, heavy spoilers ahead.

The events of the DLC take place before the ending of GF unlike, say, Dragon Age: Inquisition – Trespasser. If you wanted to see what happens to Teer Fradee after De Sardet is done with it, the expansion will be of no help there. You will get an extra ending slide or two, mentioning your exploits during its events, however!

You can access the extra content by reading a letter in the De Sardet’s residence after Constantin goes missing, roughly as the second half of the game begins. The missive warns you of the arrival of a member of the De Vespe family, known for its shady dealings and a huge grudge against the protagonist’s and Constantin’s family.

Every surrounding NPC warns the Legate of the Congregation about dealing with De Vespes, but no warnings can prepare you for the ball of mean that is Aurelia De Vespe, a cousin-in-law to be. That’s right, the ambitious lady arrived on Teer Fradee to marry Constantin, and she wouldn’t stop at anything to achieve her goal. Even if it means blackmailing De Sardet or assassinating their allies.

Story-wise, the DLC provides an excellent way to discover the politics that run the Congregation of Merchants. Surprisingly, despite being the faction that claims De Sardet, Constantin, and a number of other important figures, the Congregation itself has not been explored much during the events of the base game.

Players do learn a bit about the shady business through discovering De Sardet’s origins, but De Vespes bring along a new understanding of how the political game is played on the continent. 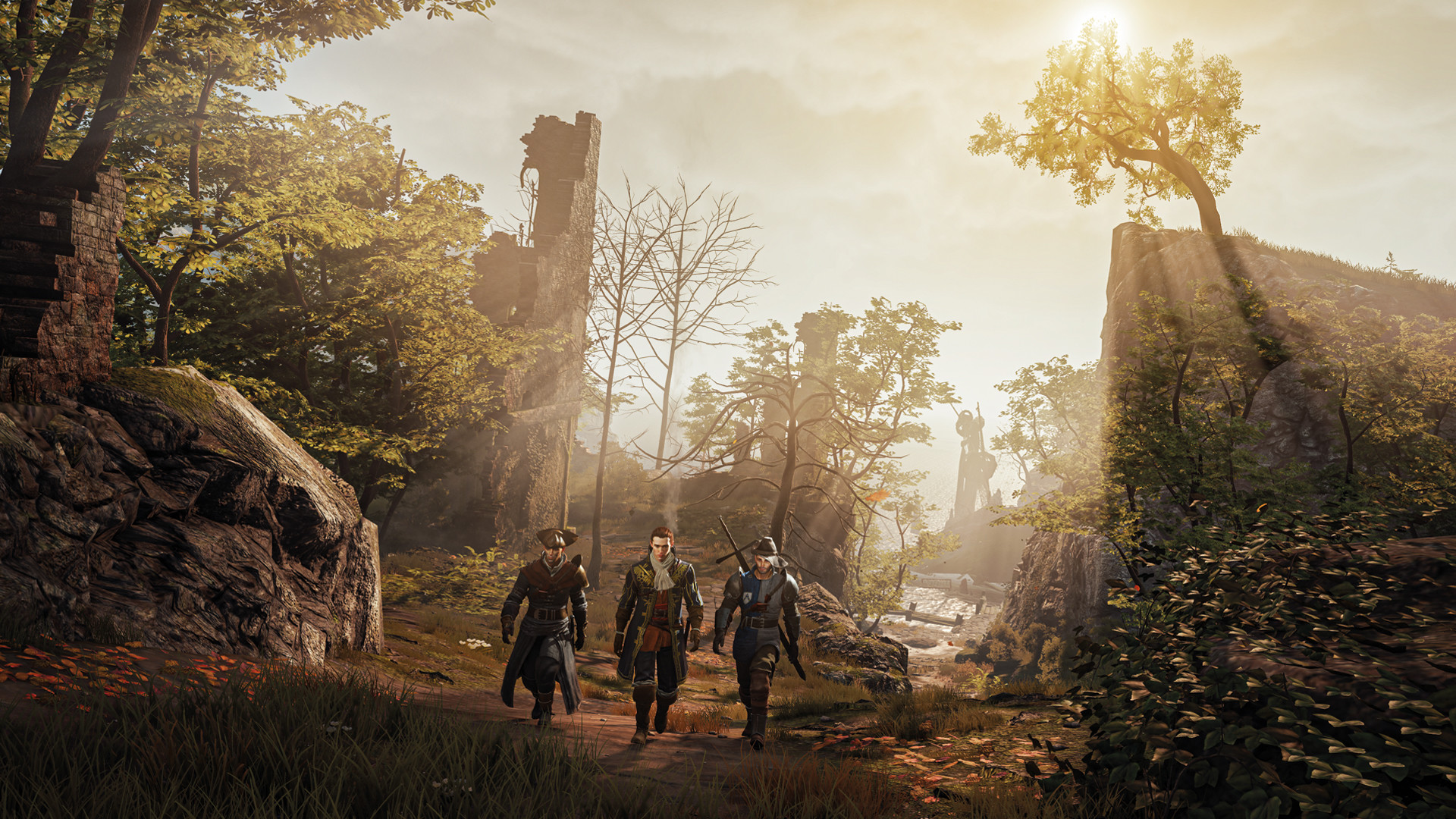 Story-wise, I have two main gripes with the DLC.

First is the time it occurs in relation to other events of GreedFall. After the revelation that Constantin has Malichor and the subsequent events with Catasach, the plot of the expansion feels small and mundane compared to what else is happening on the island.

True, De Sardet’s reputation and that of the family she belongs to is incredibly important to the progress of the Congregation on Teer Fradee, but is it more so than Constantin’s life or the literal existence of everyone?

Second is the overall way the DLC goes about presenting your adversary and then having you take on Aurelia. To me, it felt like the De Vespe heiress had revealed her true face way too soon, immediately pouncing on De Sardet and the Legate’s allies.

Admittedly, it was brought up by various characters that ambition got the best of her and that would be her downfall. At the same time, De Sardet, who up to this moment managed to navigate the shark-infested political waters of Teer Fradee with dignity, is immediately turned into a blubbering mess as Aurelia bowls all over the diplomat.

After taking a few hits, you manage to turn the tide and finally feel like you are getting back at Aurelia – and the DLC abruptly ends. 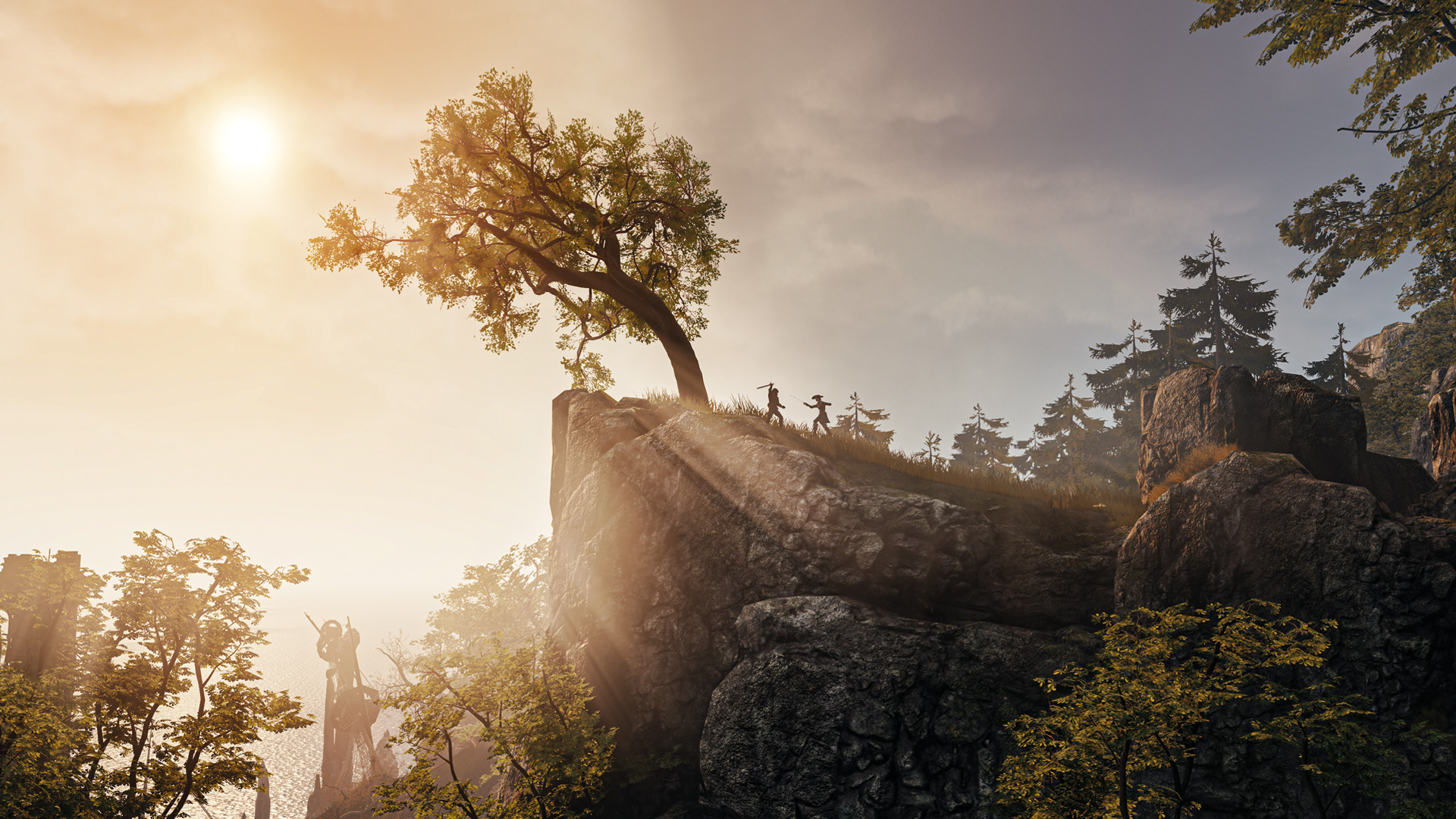 There is not much to talk about the gameplay additions of the DLC. De Sardet and their companions get to explore a new small region called Aidág ol creidaw – also known as “The Flaming Blood”.

It is a small beautiful place that has a variety of legendary weapons hidden in its nooks and crannies and also features a new feline-like enemy.

There are new costumes, and defeating Aurelia gives you a full legendary set of armor (that requires Endurance 4 to use the entirety of it). Sadly, by the time I had enough Endurance, my gear far outclassed what I collected during the events of the expansion.

There is a neat moment when your romanced companion, if you have one, discusses their insecurities over the Congregation’s tradition of political marriages. Altogether the party members have quite a few remarks to add, which makes them feel more alive and the De Vespe Conspiracy more real.

However, if you expected to find something completely new and unique in the DLC, for example, an option to recruit Aurelia as a companion to force her to make up for her deeds? You will not find it here.

The De Vespe Conspiracy is a short and sweet way to experience more GreedFall content, in its unique straightforward and guided way. The DLC can easily be finished in just a few hours if you decide to go scoring the caves of Aidág ol creidaw in the search of the legendary weapons.

Note: the DLC and the base game are verified purchases by the author.

Tags: Focus Home Interactive, Greedfall, pc, playstation 5, ps4, rpg, spiders, steam, xbox one, xbox series x
Summary
De Vespe Conspiracy is a short and sweet way to experience more GreedFall content, in its unique straightforward and guided way. The DLC can easily be finished in just a few hours if you decide to go exploring the caves of Aidág ol creidaw in the search of the legendary weapons.
Good
Bad
6
Fair

Owlcat Games to Launch KickStarter for Pathfinder: Kingmaker
May 31, 2017

GreedFall is set in a fantasy world with magic, adventure, and 17th century weaponry. We’re looking for a very unique visual aesthetic inspired by Baroque art from 17th Century Europe, complete with grandiose sceneries and environments in warm, muted colors, and dark undertones. Explore a new world as you set foot alongside other settlers, mercenaries, and treasure hunters on a remote island seeping with magic, rumored to be filled with riches and lost secrets. A grand journey awaits as you find yourself in the middle of ever-increasing tensions between the invading settlers and the locals protected by supernatural beings and manifestations of the island’s earthly magic.
7.5
Average User Rating
2 votes
Have Your Say!
Your Rating: 0
Submit
Write A Review
Genre:Action RPG, Role-playing, RPG
Rating:Mature
Developed By:Spiders
Publisher:Spiders
Modes:Single-player