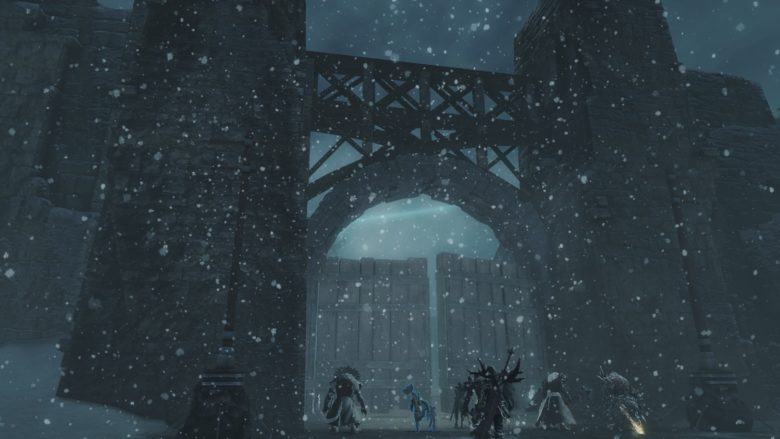 Guild Wars 2 begins its latest adventure today as A Whisper in The Dark heralds the start of Living World Season 5. Gamespace formed an advanced guard and headed into the Shiverpeaks last week.

Warriors of Tyria will be familiar with the Shiverpeaks of late. September’s prologue, Bound By Blood, might have opened on revelry and rock concerts but ended with a foolhardy Imperator barrelling north into danger. As the forces of Tyria seem to pivot towards the growing threat of Jormag, the first episode of this new Living World Season continues to wade deeper into the snowy frontier.

This isn’t the first time that the grim north has featured in ArenaNet’s Living World. The Bitterfrost Frontier appeared during Season 3 and gave us a brief glimpse of the danger posed by Jormag and its associated minions. It was never much more than a fleeting visit and a tour of the Kodan domain. Now, A Whisper In The Dark is about to take us into the heart of this battle. Hot on the heels of Bangar, players will find is an unforgiving frontier ready to consume anything that stands in its way.

The newest region to adorn the map of Tyria is the frosty frontier of Bjora Marches. The coldest extremity that we’ve probably seen in Guild Wars 2 made an instant impression when I landed in it for the first time. Although many of my previews touch on the scale or grandeur of a new location, this is distinctly claustrophobic. Setting down amidst a torrential blizzard, the Marches barely give a glimpse of what’s to come and it’s not pretty. Tumbling down an icy slope, the opening moments with the Commander and their cohorts brings players to an abandoned fortress that seems almost as dead as Orr. 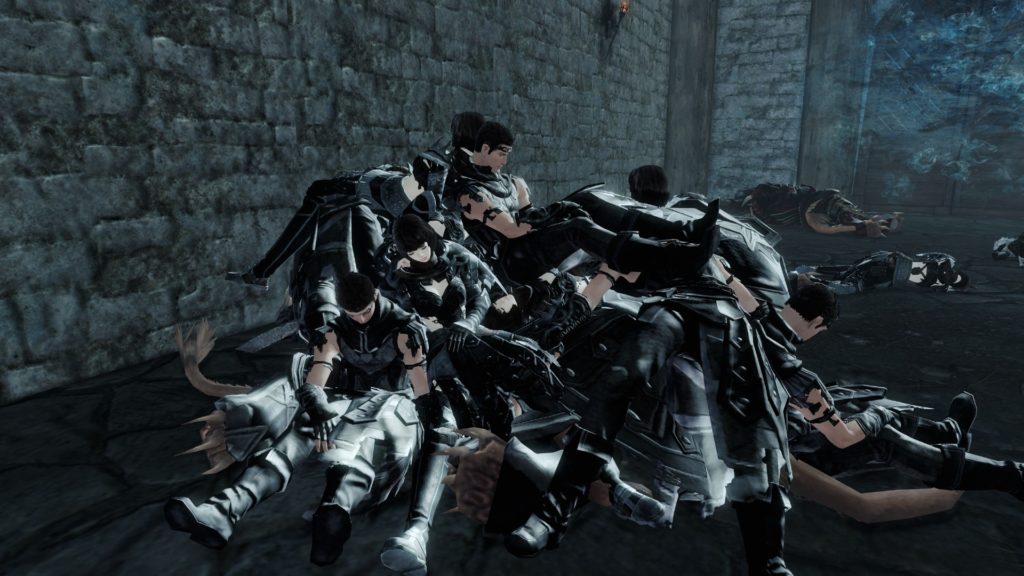 It’s clear that something horrid happened here and while I’m not going to spoil the narrative this jumping-off point for A Whisper In The Dark is one of the most impactful I’ve seen since the opening Act of Heart of Thorns. The Commander is stepping into nothing good and ArenaNet really builds a sense of foreboding in this place. The high walla and weather-beaten buildings of this fortress continue to build on that claustrophobic tension and imply that you might very well be trapped while the blizzard penetrates every area, closing off each avenue of escape and cloaking the entire world in threat.

Horror is something that this episode leans on heavily. Some incredible audio cues play throughout the opening moments and on into the wider map. Discordant notes, ripped straight from great horror franchises, play in the background as an accompaniment to the whispering voice that serves to keep you looking over your shoulder. The voice isn’t just to keep you guessing either, it does a fantastic job of reminding players that there might just be something stalking you in the wind while you creep out into the forests that await.

As the episode creeps out towards the Fallen Ruins and the forests beyond, the wider map continues to unsettle anybody brave enough to step out into the void. A great evil has its sights set on our party. Taking some very obvious inspiration from Game of Thrones, an icy interloper leads an army that would bring a chill to the heart of any Commander. Much like the assault on Joko’s palace, this particular moment, when it arrives, is part of a wider map meta that provides a push and pull across the map. The only difference here is that this time you are under assault.

Thankfully, players are not alone in holding the line. Ancient Norn spirits are able to guide you and bless your party with a range of buffs that provide protection from the bitter cold. The Raven Mastery line and shires dotted throughout the snow provide a fantastic reason to engage in the map’s wider dynamic events. Without utilizing these or the map’s new Raven Mastery the only alternative is to succumb to the permafrost as it chills you to the bone. The Raven blessing that these shrines bestow is critical to survival, and yet not the only buff that the map has available. The three new Essence Manipulation Mastery Lines make taking the fight to the north a breeze. As you unlock both two tiers of each Resilinacec, Valor, and Vigilance Mastery line the foes you face in the field will begin to drop orbs that assist you. Downing most enemies will provide a single orb of this Essence and stack to provide bonuses and protection against Vigilance, Resilience, or Valor depending on the type of mob that you takedown. Taking on larger enemies will result in more stacks and higher stakes, encouraging players to escalate their endeavors up into the outer reaches of the map. 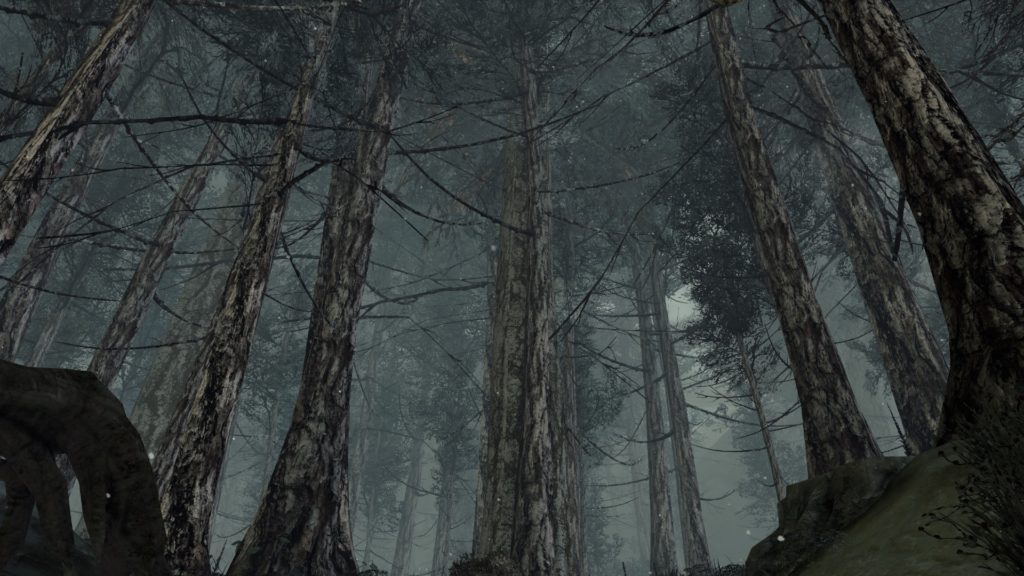 The specifics of this Essence Mastery are already detailed in an ArenaNet blog post and accessing them isn’t too difficult. There are plenty of Mastery points scattered among the northwest of the map, in Raven’s Sanctum, but I do still have some reservations. Whether this new power track provides an ingenious rock, paper, scissors style element to grouping up on enemies or just simply causes more fractious elements between the haves and have nots is going to be down to how players take to tasks like the weekly Strike missions.

Up beyond the last vestiges of civilization, among the ancestral home of the Norn, tales of a monstrous beast creep across campfires and prey on the unprepared. Something is coming for Tyria but you will have more immediate issues. While you wander the white wastelands you might think you’re going mad. Voices pierce your consciousness and a huge creature seems to appear and vanish without warning. You’re not having hallucinations. Unfortunately, the Boneskinner is real. The recent introduction of Strike missions provides the perfect opportunity for players to take on this champion and overcome a new enemy. Available every week, Strike Missions are easily the peak difficulty this map possesses and provide a range of boss challenges and reward chests that encourage players to make full use of the new Essence Mastery enhancements that ArenaNet has incorporated into this area. Not only does the new Essence Manipulation system provide a series of damage modifiers, but it also allows players to unlock chests that are vulnerable to a particular type of Essence attunement. 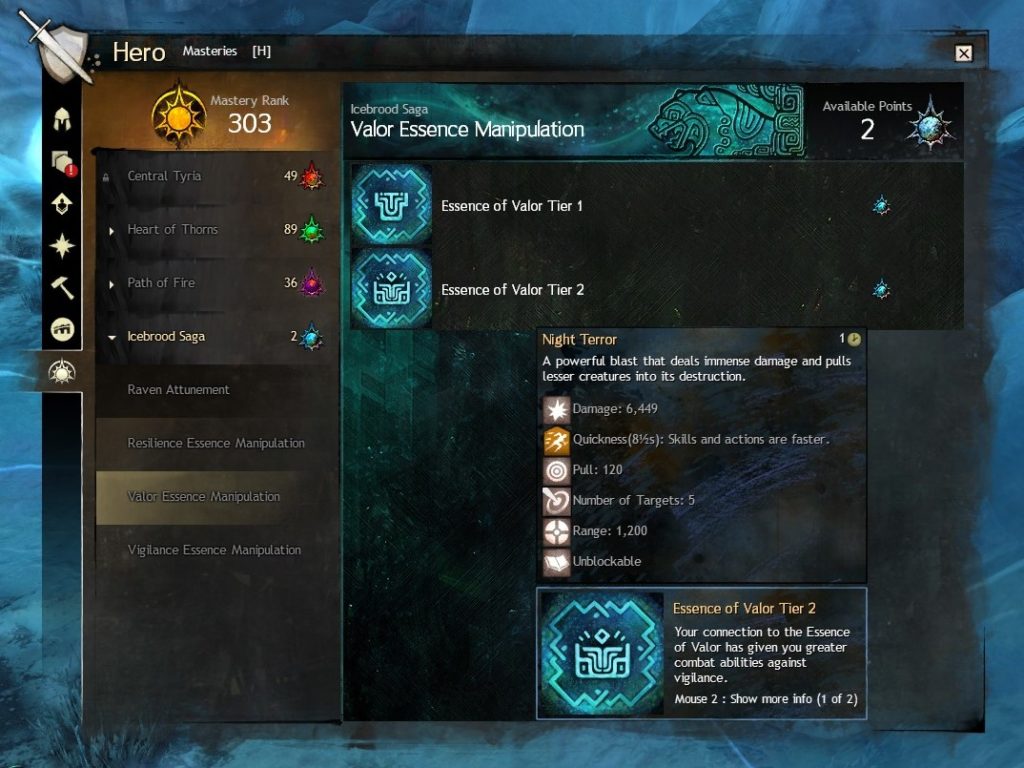 While the entire Essence Manipulation system sounds like a version of elemental attunement found in other RPGs, ArenaNet appears to be planning this as part of the wider Season 5 progression arc, expanding the tiers in the same way as Mount skills featured in Season 4 of the Living World. While I found that Mount skills made life significantly easier, they didn’t feel as mandatory as Essence Manipulation. You might not need to take on strike missions but venture into the weekly rotation of monster encounter and these torrid encounters will absolutely punish teams that cannot keep up the damage mitigation via this new bonus.

There is far more to this map than a skirmish with the ice king or taking down a crooked predator. As you push past the opening the latest map, more spooky goings-on lie before you. There’s a distinctly unnatural element to the whole scene. Whether it’s fallen Kodan or spirits that skulk around the fringes of these maps. In fact, one of the most disturbing moments that you’ll encounter happens in the ramshackle remains of an outpost located in the fringes of this map. Beyond the consuming storm front, you’ll find an abandoned Kodan. What begins as a simple fetch quest quickly turns into a moral quandary as this broken Kodan turns into a far more unnerving problem and a problem that you want to just get away from.

It’s been some time since I pointed out the writing and character development in these episodes but A Whisper in The Dark plays on the sense of impending doom and claustrophobia that I mentioned earlier to delve into the psyche of its characters. From the deeply disturbed ambient whispers to the rumors of bit-part characters and the ultimate redemption of some of our less loved heroes. This is not just a horror story but a deeply engaging experience that explores a different type of battle. 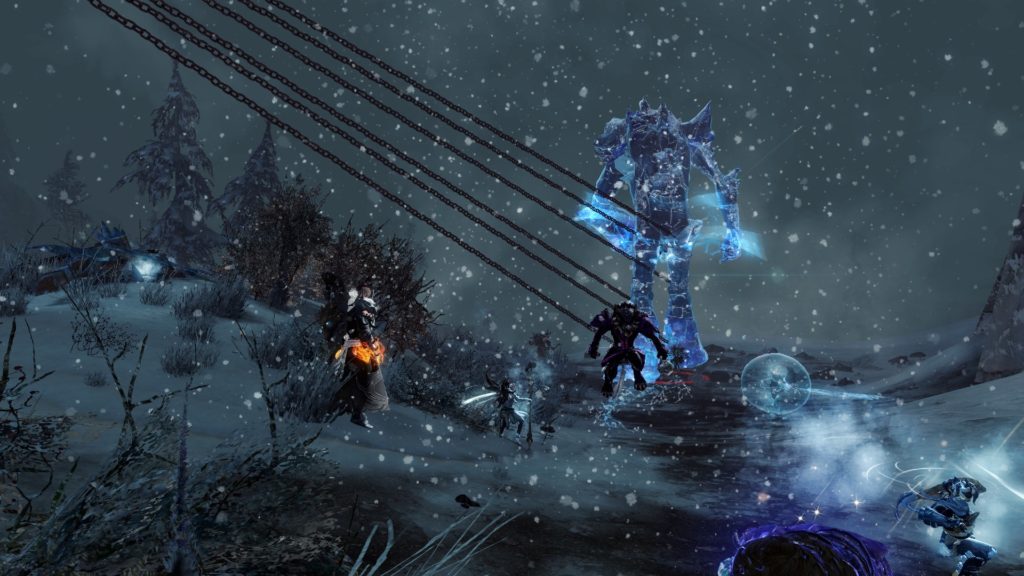 The entire episode leans heavily on Norn influence and that’s no surprise. From the Norn spirits to the enemy that attempts to overwhelm the few forces of Tyria that would hold the line, it makes for a great look into the Norn that doesn’t create a series of caricatures, swilling booze and enjoying a quick Keg Brawl. It also drops some awsome looking rewards in the form of a brand new weapon collection too. While our first few hours in Bjora Marches might have felt distinctly like a trip beyond the wall, I felt like ArenaNet made great use of this obvious nod. The epic onslaught of frozen warriors, whether it is the defense of Jora’s Keep, the Strike Missions, or the gigantic Icebrood Construct that eventually attacks, all feels like it is simply a stage for the personal battles that our characters fight. A Whisper in the Dark is not a grand sweeping epic and the map reflects this. It is crammed with things to discover, lots of character development, and lovely little touches that give the entire northern front a depth that is otherwise stretched out across other episodes. In the dark night, only the bravest rise and Raven help them they will need everything to get through the rest of this season.

A Whisper in the Dark is out now. Just log into Guild Wars 2 to unlock this episode for free or head over to the official website to grab a copy of Guild Wars 2.