The next step in the Guild Wars 2 Living Story, Visions of the Past: Steel and Fire, lands on 17 March and we just got a new trailer for the update.

Developer Arena Net just dropped a trailer for the latest addition to their hit MMORPG, before it arrives in just a couple of weeks time. This time, the community looks to be getting some groundbreaking additions to the game. Originally teased earlier in the year, Visions of The past is not technically the next fully-fledged installment of the Living World updates. While a war against the Elder Dragons that plague Tyria rages on in the background, this update will take something of a side quest, allowing players to jump into the arms of a new character.

For the first time, players of Guild Wars 2 will experience a narrative tale with a new player character. The new trailer confirms that the Steel and Fire installment will take the game back to some epic encounters, where gamers can Ryland Steelcatcher, then play as Ryland himself to explore Darkrime Delves The game will provide a new Eye of the North base of operations full of upgrades and enhancements that acts as a stronghold that long serving Tyrians will recognize.

This isn’t everything that players can expect and, as usual, there are a bunch of new cosmetics, armor, missions, and activities to come. You can brief yourself before the update hits over on the official Guild Wars 2 website or keep an eye out here for our thoughts when it hits. Suffice to say that we are excited about this free update, even with the prospect of signposts.

Written by
Ed Orr
For those of you who I’ve not met yet, my name is Ed. After an early indoctrination into PC gaming, years adrift on the unwashed internet, running a successful guild, and testing video games, I turned my hand to writing about them. Now, you will find me squawking across a multitude of sites and even getting to play games now and then
Previous ArticleHalo: Combat Evolved Anniversary Just Launched On SteamNext ArticleLast Encounter Review: Just Short of Greatness 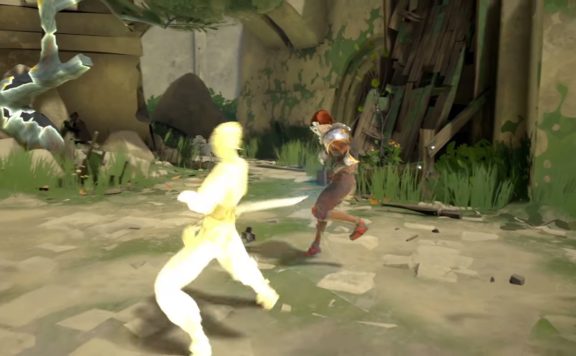