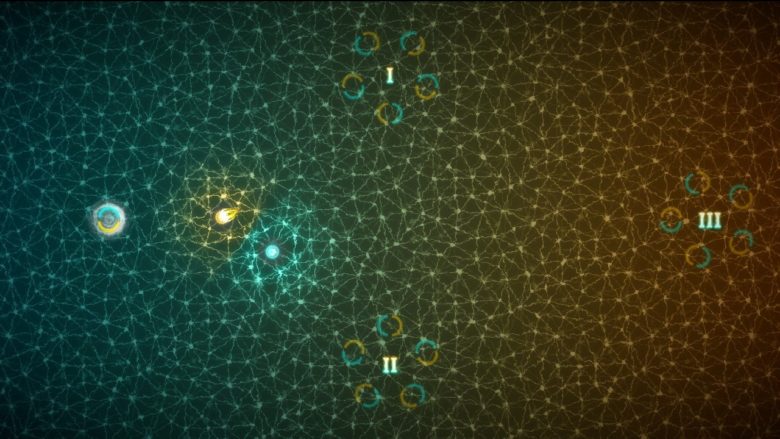 Now that the embargo has been lifted on Semisphere’s we are finally free to give a review from the perspective of Nintendo Switch.  If you’ve played it via steam or PS4 you probably already know everything I’m going to say, but you’re a Nintendo Switch user who had never heard of it read on to see what the hype is all about.

Semispheres describes itself as a “meditative parallel puzzle game” and if that doesn’t really make sense to you don’t worry, it didn’t to me until I played it.  You are presented with two identical layouts next to each other and two light strobes, blue and gold – your left thumbstick controls the blue and your right controls the gold.  On any given level, you’ll find flame balls with an obvious field of view and through the use of portals, side switching, and more, the objective of each level is to navigate your two spheres to the portal.  Once both are there the level is over and you return to a wonderful looking level selector. 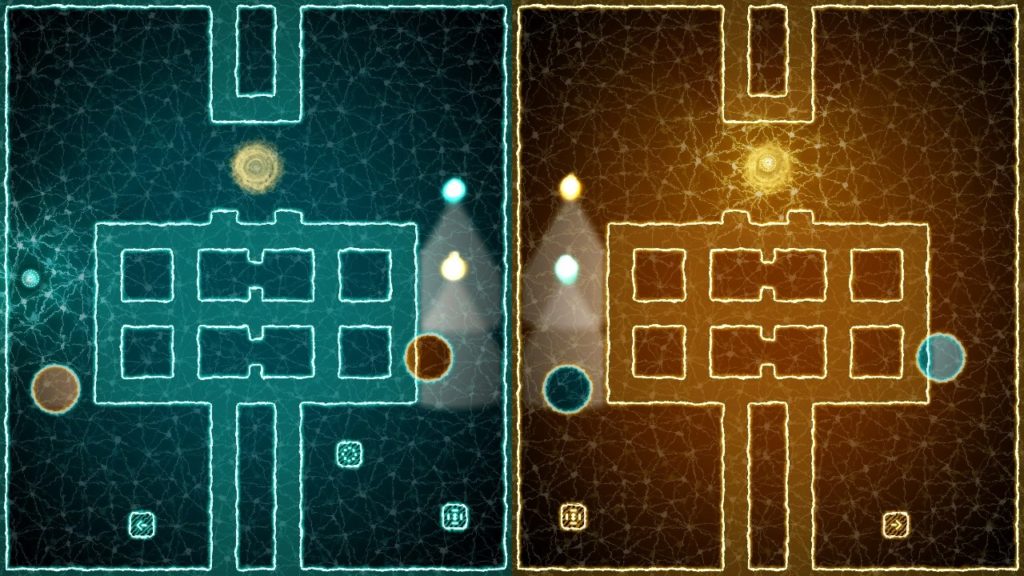 As someone who usually plays action games and an occasional platformer, I was surprised to find that the controls felt natural and easy to pick up.  The puzzles themselves provided enough critical thinking to be fun, but not so much as to be tedious.  After completing a block of levels you’ll be presented with a comic strip for a story.  I felt the strip was a little light on content but it gives you enough narrative to want to crank out more levels to see where it’s leading.   I’m not going to include any shots of the story strips, however, because I don’t want to spoil it for any new players.

The bottom line is if you are looking for a game you can pick up when you have 15 minutes or two hours to spare, look no further.  There’s no gear grind, there’s no falling behind if you don’t play for a day or a week and the mechanics are easy enough that you don’t have to start over if you take too much time off.  It has become part of my evening routine before going to sleep and with plenty of levels to burn through, it’s safe to say it’s there to stay.

Written by
Robert Baddeley
Robert is a full-time Respiratory Therapist with the U.S. Army but that doesn't stop him from doing what he truly loves: playing and reviewing games and staying up to date on the latest and greatest PC hardware. He also streams part time on Twitch when he works nights (www.twitch.tv/waffleflopper) and writes for MMORPG.com.
Previous ArticleCall of Duty WWII gets its story trailer…Next ArticleAna Spotlight – Heroes of the Storm