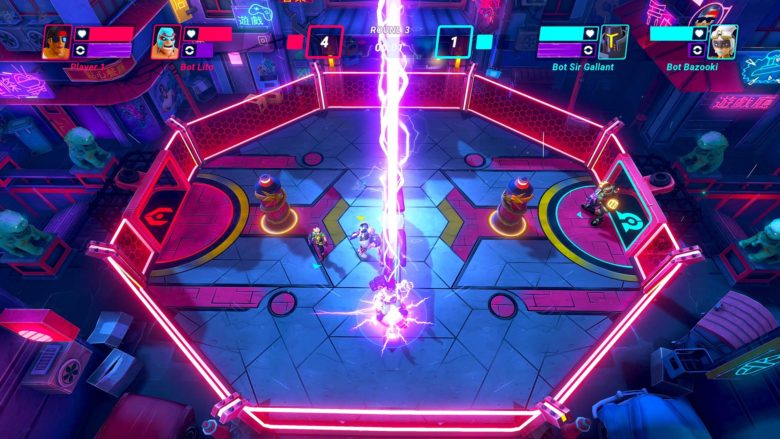 Milky Tea Studios has released a brand new trailer to introduce its community to the lore behind HyperBrawl Tournament. The video details lore, heroes, and even touches on some core gameplay aspects coming to the game when it launches on October 20th for PlayStation 4, Xbox One, Nintendo Switch, and PC.

Here’s what can be learned:

“HyperBrawl Tournament is an incredibly deep game with multiple layers of strategy and variety, but we wanted to make sure that its core gameplay is easy to understand and get right into,” said Jonathan Holmes, Founder & Studio Director of Milky Tea. “That’s why we made this video to give people an overview of how it all works in a brisk five minutes. We’re excited for people to start playing around with all the heroes, weapons, and arenas that we’ve spent years fine-tuning when it launches on October 20th.”

Check out the HyperBrawl Tournament official site to learn more.

Written by
Suzie Ford
Suzie is an avid gamer and has been since 1995. She lives in the desert with her own personal minion while dreaming of pixel worlds beyond Earth.
Previous ArticleOur Space Crew Preview Boldly Goes Ahead Of LaunchNext ArticleTop 5 Nintendo Games of The 90’s Ranked