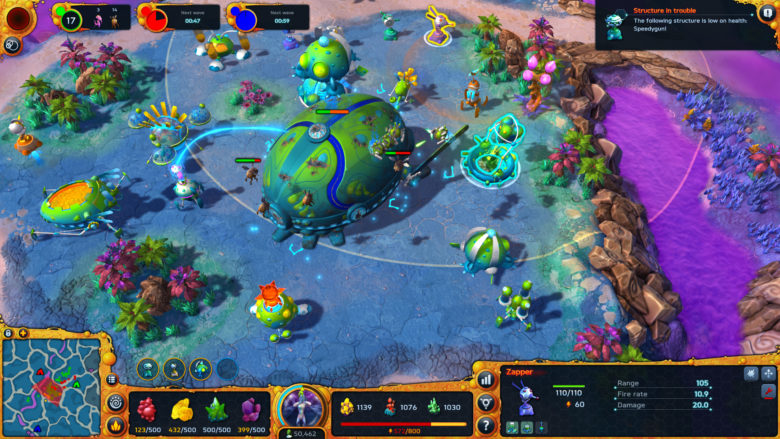 Originally launched back in 2017, Hypernova: Escape From Hadea is a colourfully twisted take on the tower defense genre. Now, the game’s latest update seems set to propel this struggle for survival to new heights with update 1.8 and a relaunch of this RTDS.

This unusual approach to tower defense might look bright and bubbly, but it can require some serious resource management. Players lead an interplanetary expedition to a moon named Haya. Building bases, placing defenses, managing resources, and repelling enemy attacks are all essential skills, as your team struggles to escape an oncoming supernova.

Now a whole new legion of players can test their mettle against this genre twister, with a special 30% discount. The team at Actalogic also announced a raft of new language options with the update 1.8. Russian, Spanish,  Simplified Chinese, and Traditional Chinese translations are now available, meaning that even more commanders can escape Hadea. You can find Hypernova: Escape from Hadea on sale in the Steam store now.

Written by
Ed Orr
For those of you who I’ve not met yet, my name is Ed. After an early indoctrination into PC gaming, years adrift on the unwashed internet, running a successful guild, and testing video games, I turned my hand to writing about them. Now, you will find me squawking across a multitude of sites and even getting to play games now and then
Previous ArticlePort-a-Fort Is All You Need in Fortnite Battle RoyaleNext Article1C Company Unveils 3 NEW RPG and Arena Titles at PAX East