Hyrule Warriors was initially released in 2014 for Wii U and featured many beloved characters from the universes of The Legend of Zelda and Dynasty Warriors series of Koei Tecmo. Now the company plans on releasing a Nintendo Switch version of the game that will include all the content that was released on Wii U and Nintendo 3DS (which includes maps, missions, characters and much more.) As pointed out by Igromania, the video demonstrates Link fighting together with his horse Epona.

Additionally, Nintendo Switch version that received the name of Hyrule Warriors: Definitive Edition will feature local multiplayer in which each player will be able to control their own character with a single Joy-Con. Players will also receive unique skins for Zelda and Link that will be available only on Switch.

Currently, the game is planned for Spring 2018.

A new, ultimate version of the exhilarating action game set in the Zelda universe will include every map and mission, plus all 29 playable characters from both the Wii U and Nintendo 3DS versions of the game, along with all of the previous paid downloadable content. Play as Link, Zelda, Midna, Skull Kid and dozens more in action-packed battles at home or on the go. Additionally, the game includes new outfits for Link and Zelda based on The Legend of Zelda: Breath of the Wild game. This new version launches for Nintendo Switch in spring.

Written by
Catherine Daro
While growing up in the wilds of Russia, Catherine learned to talk, write and game at almost the same time. You can follow her attempts at latter two at MMORPG.com and GameSpace.
Previous ArticleDigimon ReArise Mobile RPG Announced by Bandai NamcoNext ArticleThe Red Strings Club Review – Androids, Drink, and Digital Conspiracies 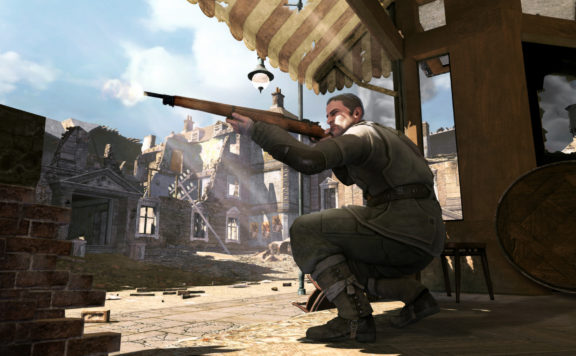