The Swedish development team of Toadman Interactive and London based Game Odyssey, along with publishers Sold Out, announced that the hardcore action RPG sci-fi shooter Immortal: Unchained is now available. The game is currently out on the PlayStation®4, the Xbox One family of devices (including Xbox One X), and via Steam on PC.

Immortal: Unchained is a third-person, ultra-hardcore action RPG. Our own Bill Murphy, who played an early demo, states the game is akin to a “Dark Souls with some shooting”!

“We’re thrilled to finally put Immortal: Unchained into player’s hands. We’ve worked tirelessly to deliver a game that matches the vision that Game Odyssey brought to us, and that our fans and community have been asking for. I’m incredibly proud of what the team and the studio has achieved.”

“I’m very happy to see our ideas and worlds come to life in Immortal: Unchained, I hope gamers all over the world will appreciate and enjoy the game, and that this is but the start of something greater.”

Garry Williams, CEO of Sold Out also lets us know:

“As Sold Out’s first physical and digital release, Immortal: Unchained marks a major milestone for the company. It’s a really unique game, and we think this new IP will offer a compelling alternative for fans of the hardcore action-RPG genre.”

The studio is already working on additional content and updates for the game, including further enhancements for PlayStation 4 Pro and Xbox One X, a New Game Plus mode and other exciting features to be announced later.

Immortal: Unchained is a third-person shooter for the hardcore action-RPG genre. Experience fast-paced tactical combat that combines ruthless gunplay with brutal melee combat. Explore unforgiving sci-fi worlds and defeat legendary bosses to acquire powerful weapons and delve into a vast array of weapon choices and builds. You will be challenged. Expect no mercy.

Written by
Scott Jeslis
Scott is a comic book, music and gaming nerd since the late 70s. Gaming all began on the Colecovision and Atari 2600. He buys and reads new comics every Wednesday from his LCBS and helps run an online Heavy Metal radio station.
Previous ArticleShadow of the Tomb RaiderNext ArticleAchtung! Cthulhu Tactics – Destroy Nazis in the Weird World War [Press Release] 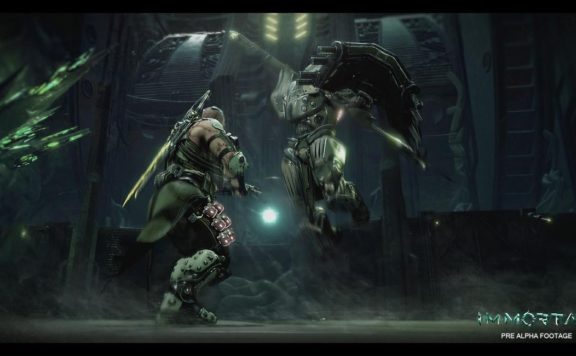 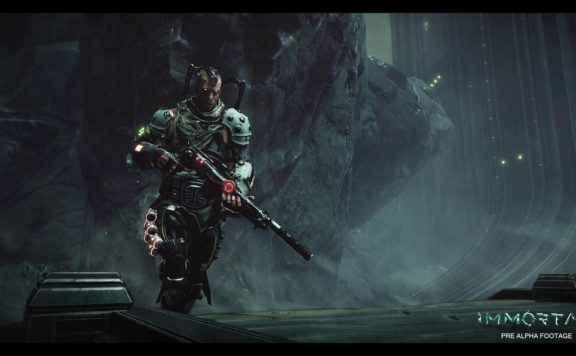