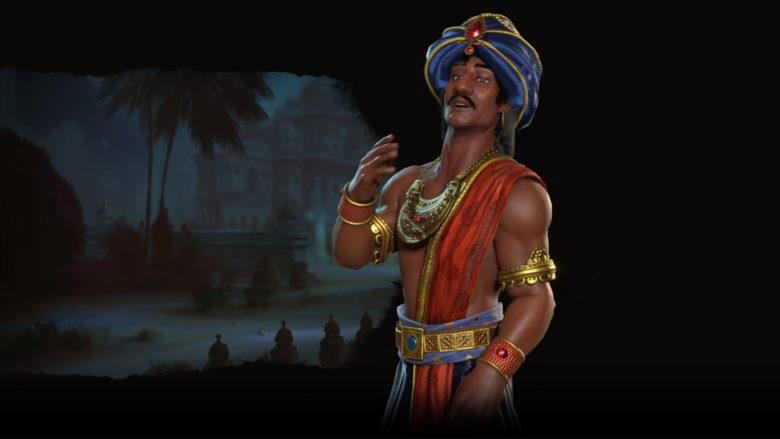 The next Civilization VI expansion, Rise & Fall, seems to be gunning to provide players with a bit of historical knowledge just by playing. Each nation that will be represented in Rise & Fall will feature on of its most iconic leaders. The leader of India has been announced as Chandragupta Maurya.

The thumbnail portrait of Chandragupta maintains that “he toppled a corrupt empire, then succeeded in pushing the boundaries of his kingdom and worked to better the lives of his subjects”. To top it all off, when he’d finished what he set out to do, he literally walked away from it all.

From the official site description:

Chandragupta’s empire extended all the way from modern day Afghanistan to southern India. Yet conquest was not Chandragupta’s only strength. Throughout his reign, Chandragupta proved himself a canny ruler who cared for his people. He built roads, irrigation systems, and expanded trade routes to improve the lives of his people. He was also clever enough to ensure the loyalty of his soldiers by providing them finery and servants in their garrisons.

Chandragupta met the sage Bhadrabahu near the end of his life, who taught him the precepts of Jainism, a religion promoting spiritual enlightenment and nonviolence through ascetic living. Following this new code, Chandragupta abdicated his throne to his son, Bindusara. He sought enlightenment, going on a pilgrimage to a cave in southern India. There he meditated until his death, fulfilling his ultimate goal of spiritual purity by giving up literally everything—his throne, kingdom, riches, and even food.

Chandragupta’s death was not the end of his dynasty, though. The Mauryan Empire would last another century. Inspired by his actions, Chandragupta’s successors—especially his grandson, Ashoka—followed his combined examples of expansion and spiritual enlightenment.

His unique ability is “Arthashastra”, most commonly translated as “the science of politics”. However, there is more to it than “statecraft”. It also includes both military strategy and economic policy.

You can read more about Chandragupta at the Civilization VI site. The Rise & Fall expansion will be launching on February 8th.

Written by
Suzie Ford
Suzie is an avid gamer and has been since 1995. She lives in the desert with her own personal minion while dreaming of pixel worlds beyond Earth.
Previous ArticlePUBG & Counter-Strike Global Offensive Got Married & Had a Kid!Next ArticleCelebrate New Years in Animal Crossing: Pocket Camp