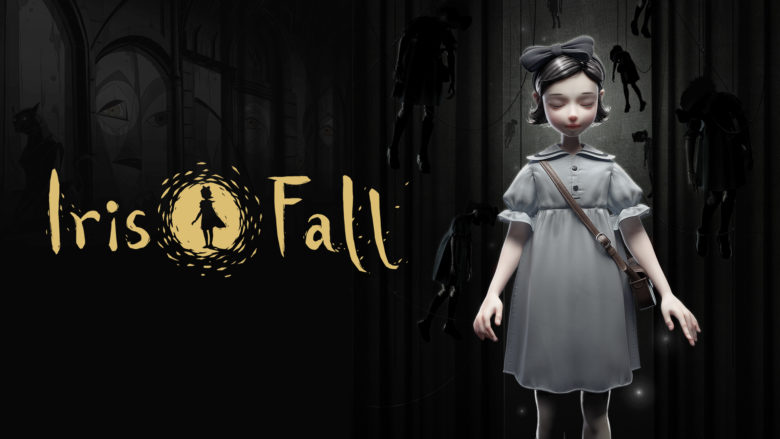 Just when you think you’ve seen it all in a particular gaming genre then something comes along to prove you wrong. Developer NExT Studios and publisher PM Studios have done just that with their unique puzzle game that uses light and shadows as core solution concepts! Initially, based on the description I was a little hesitant to give this one a go. Based on the short description it just seemed a bit peculiar. I’m glad I took the leap as once I got into this adventure puzzle game I had a hard time putting it down! This is our Nintendo Switch review of Iris.Fall!

Let The Visuals Be Your Guide! 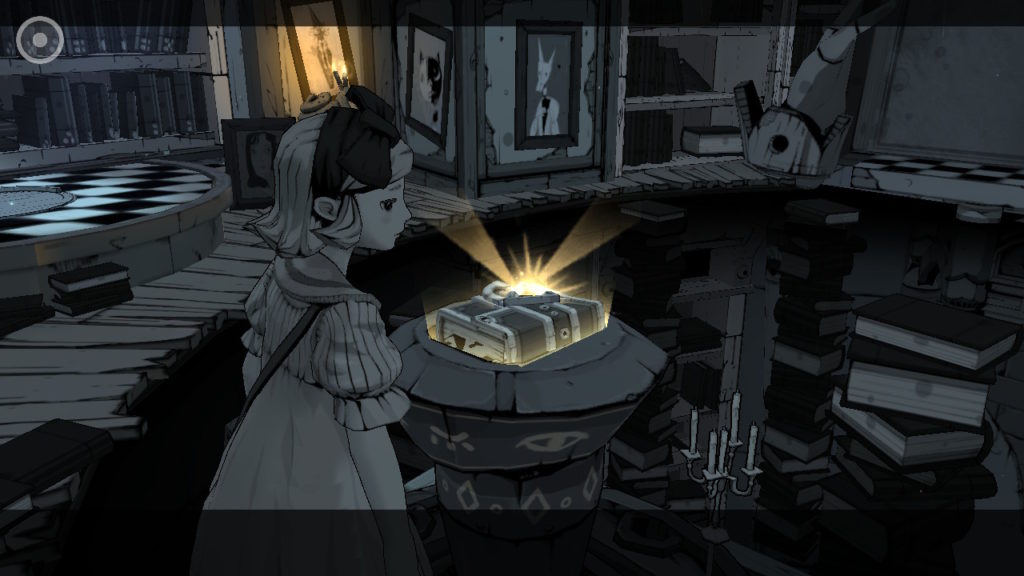 Iris and a “Book Of Secrets”, for lack of a better word.

Iris.Fall saw its initial release on Steam PC back in December of 2018 to very positive reviews. Now in early 2021, we see it ported to the Nintendo Switch system. Iris.Fall coupled with the Switch is a match made in heaven. The innovation behind Iris.Fall hits you as soon as you enter the game, starting with the absence of dialogue. There are no words or dialogue for Iris.Fall‘s story and graphically there aren’t many colors. What you have here is a story that is told through the grey and black, almost gothic-like visuals and animations coupled with usage of “light” and “shadow”.

Personally, I did not fully comprehend the entire story being told but I really didn’t care because the puzzles were so rewarding and fun. The backstory goes something like this for the interested. After awakening from a dream, Iris follows a black cat into a rundown theater. Iris chases this cat from chapter to chapter traveling back and forth through a strange labyrinth of gothic, almost cyberpunk based surroundings mixed with light and shadow. As the story continues, Iris realizes that everything in this theater seems to have some kind of connection to her.

In between chapters you’ll be treated to some nice, almost anime-like animations. The art team for Iris.Fall needs to be commended! At times this feels like a graphic novel based puzzle game! 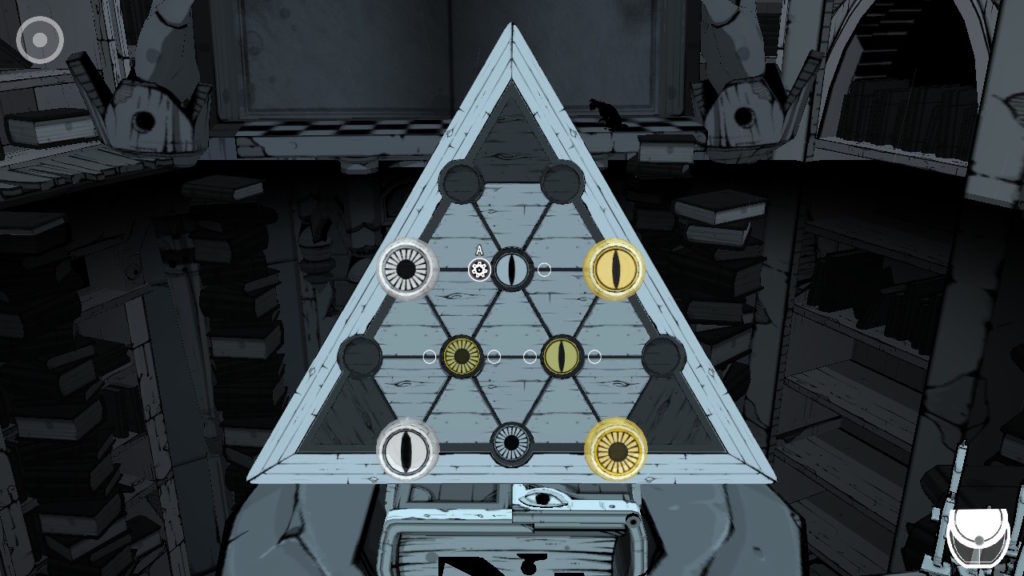 One of those splendid puzzles, match the symbols, but how?

Simply stated Iris.Fall has some of the most innovative puzzles I’ve seen in a puzzle game, and I’ve played a few. Key concepts involve switching between light and shadow to reach levers, open doors, pick-up inventory pieces, and move ramps. Interspersed with these environment manipulation puzzles are several puzzles that involve matchmaking, deciphering codes, filling out a circuit pattern, etc. Yes, a few of these concepts might sound familiar but once you play the game you’ll think otherwise. 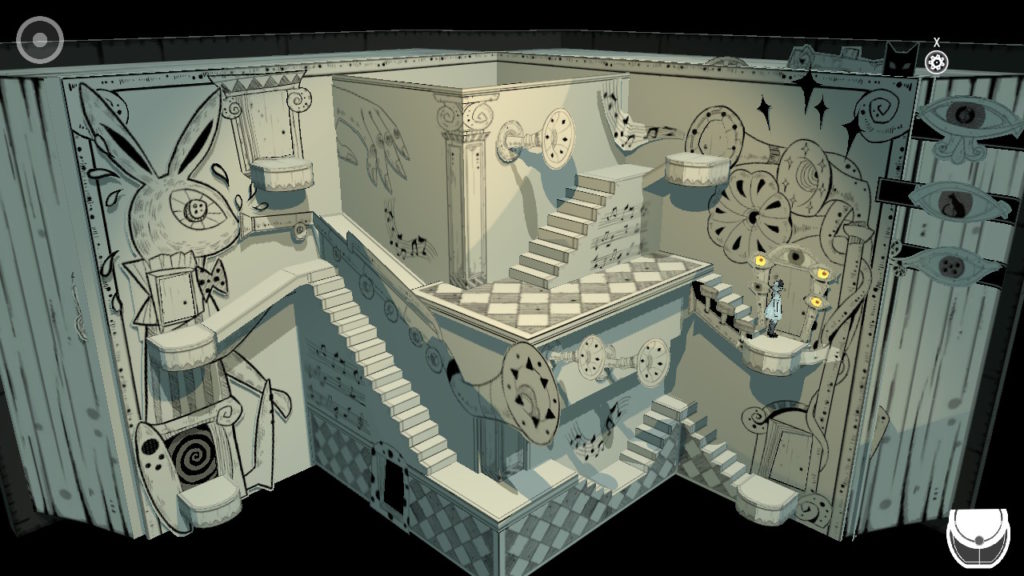 The puzzle solutions in Iris.Fall weren’t tremendously frustrating. But you will encounter one or two that will have you pulling out your hair for a little while. Some of this frustration can occur due to the depth perception in handheld mode which can play tricks on your eyes. For example, how dark does a shadow need to be that I can walk on it? With graphics all colored in predominantly greyscale sometimes things seem to blend together. Also, interaction hotspots are denoted with a white dot which can get lost in handheld mode. To be honest none of this was really an issue in more than one or two areas.

Here’s Your Hat What’s Your Hurry 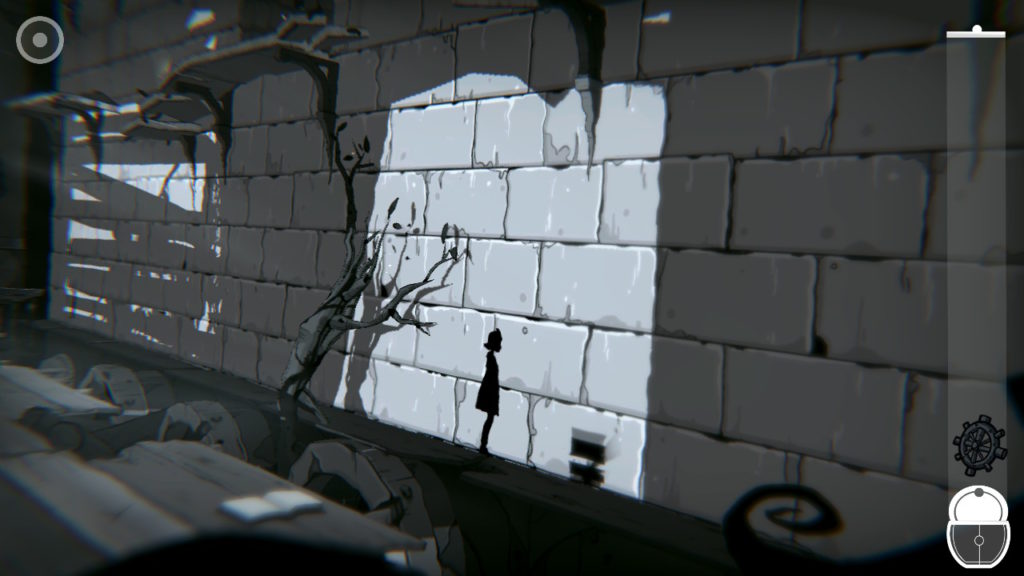 A case where you need to transform into a shadow.

The game played well in handheld mode as well as docked mode. Object selection with the joy-cons was a bit finicky at times but nothing to detract from the overall fun. Iris.Fall does support touch screen control but I never bothered to turn it on via settings.

The only major complaint is that Iris.Fall is over all too soon. There are eight chapters in total and depending on how experienced you are with puzzles you can finish the game in five hours or less. With a price tag of $39.99 that might be too high a dollar to entertainment hour per capita for some folks. For anybody who is looking for a lower cost entry into iris Falls then you could do worse than checking out our PC review. 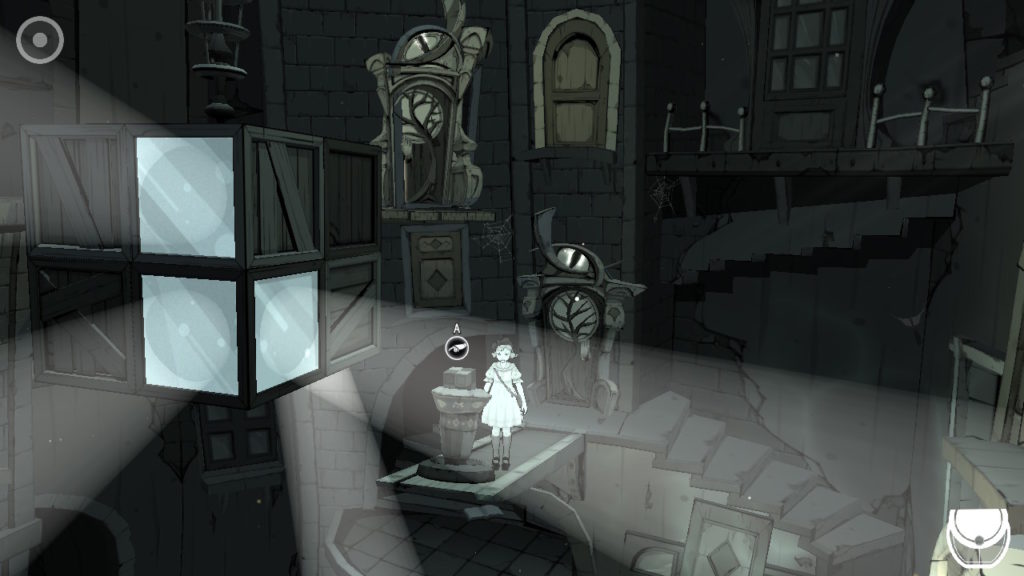 You can guarantee those light panels are items of interest.

Tags: Iris.Fall, Next Studios, PM Studios
Summary
While Iris.Fall is a bit shorter than we'd like for it's $39.99 USD price tag it's still a journey we're glad we took! The game has some of the most innovative puzzles we've seen in a game on any platform! Couple the innovation that uses objects in the light and shadow worlds with some spectacular animation and you have a clear cut winner for one of the best puzzle games ever on the Nintendo Switch platform!
Good
Bad
9.5
Amazing

Written by
Scott Jeslis
Scott is a comic book, music and gaming nerd since the late 70s. Gaming all began on the Colecovision and Atari 2600. He buys and reads new comics every Wednesday from his LCBS and helps run an online Heavy Metal radio station.
Previous ArticleBethesda Reveals an Indiana Jones Game in the WorksNext ArticleElite Dangerous: Odyssey Delayed 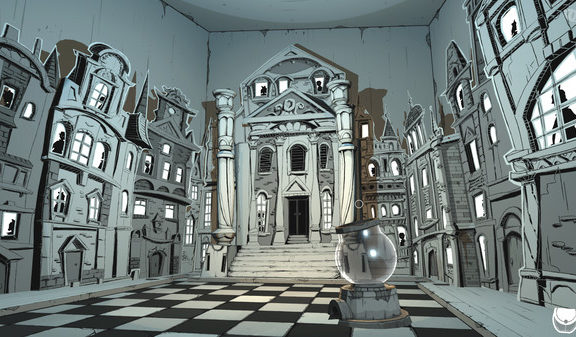 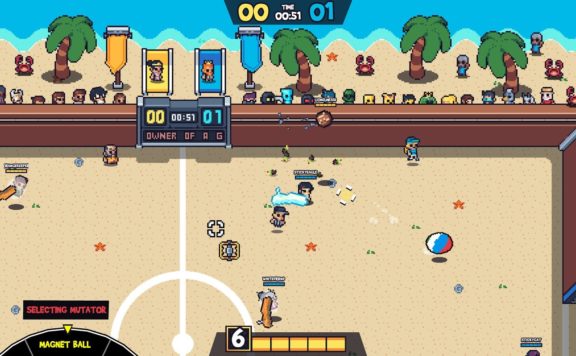