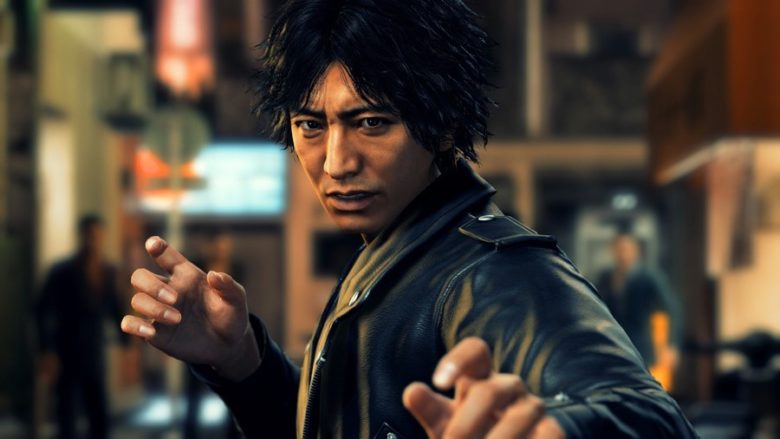 The world that SEGA’s Yakuza franchise has created as been beloved for about two decades, so being able to explore the seedy underbelly of Kamurocho again was a treat. SEGA’s new game, Judgment, is a spin-off of the Yakuza franchise, and in many ways feels like a successor to 2018’s Yakuza 6: The Song of Life. However, instead of taking the role of a reformed Yakuza, this time you’re stepping into the shoes of a disillusioned lawyer keen to redeem himself for a mistake made three years prior. This is our Judgment review.

Judgment does a great job of setting the stage early. You play Takayuki Yagami, an idealistic former lawyer who, after helping a murderer walk leaves his profession and sets up shop as a private investigator. Yagami and his partner, Masaharu Kaito – an ex-Yakuza brawler – scour the city looking for cases to solve. However, when multiple members of a rival Yakuza gang turn up dead, Yagami is put on the case to defend the person being accused of the crime: Captain Hamura of the Matsugane Yakuza family. What unravels is beyond anything Yagami, Kaito or anyone else thought possible, leading the PI to start investigating a broader conspiracy.

Judgment sets itself up well, making for a compelling opening that completely kept my interest throughout the long, 4-hour opening chapter. Each chapter after that took about 2-3 hours to finish, though each one could probably be shortened by an hour and it wouldn’t affect the story much at all. One of the things imprinted in Yakuza’s DNA is the side activities and quests. Judgment feels compelled to force you into these activities, many times making them an integral part of a main story quest line. 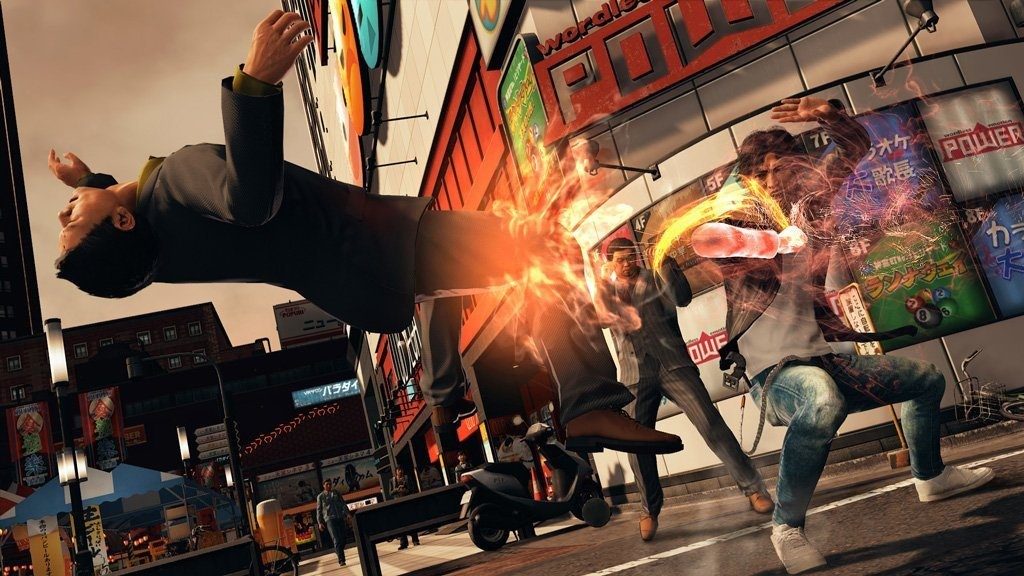 One of my biggest gaming pet peeves is when developers hijack the urgency they create in their storytelling, only to derail you with a fetch or bodyguard quest. This happens on more than one occasion in Judgment. At one point you are racing across Kamurocho to warn a friend that the Yakuza are out to get them. You don’t find them and instead of rushing to another one of the character’s haunts, you spend the afternoon playing bodyguard in a divorce case. It’s a moment that has stuck with me in over 20 hours of gameplay.  Each main chapter is filled with moments like this – and as a result, it makes the pacing of Judgments excellent story feel sluggish and, at times, immensely annoying to complete.

Thankfully, Judgment brings with it Yakuza’s excellent combat, and it’s fun to just beat down on street thugs, Yakuza and gang members as you travel through the city of Kamurocho. Tak is able to swap between two styles of fighting as well: Tiger and Crane. Crane is better at wiping out large swathes of enemies while Tiger is really best used for one on one fights, especially the many boss fights you’ll encounter throughout the world. Subtle changes such as the color of the particle effects emanating off of Tak, as well as the change in music help, reinforce the different styles during combat. 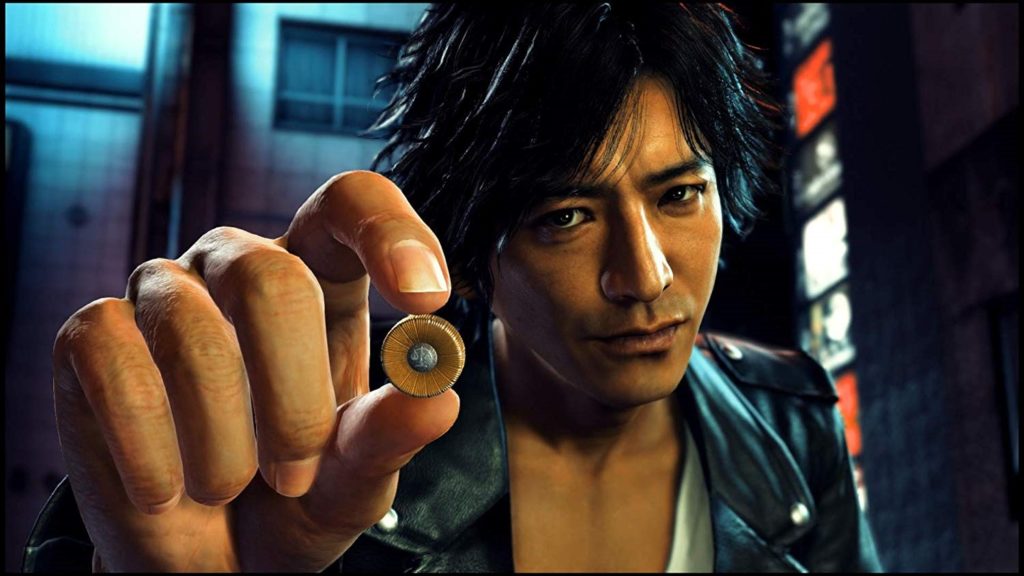 As you complete side cases and win fights, you’ll earn SP which can be used to unlock skills and boosts to stats. Some skills also unlock crazy EX moves, such as a finisher which has your enemy kidnapped by rival Yakuza to be hauled away to who knows where. Another can be chained with a teammate like Kaito to deliver a devastating finisher to a helpless enemy. The over the top combat that made Yakuza a hit is fully realized in Judgment and it makes each encounter fun, though it can feel somewhat repetitive at times.

Judgment is, fundamentally, a murder mystery, and as such Tak has many skills and techniques to investigate his cases. You’ll spend much of your time tailing marks, keeping out of sight in order to discover clues about their comings and goings. Additionally, Tak has access to a drone to spy on his marks from above or at a distance, and while the drone controls can be a bit wonky, it is fun to fly around Kamurocho’s skies in the various drone races.

As each case is investigated, evidence is collected and stored in Tak’s case file. This is important to keep track of as well, as many times in conversation later on in the game the information stored there will need to be dredged up. Understanding the evidence you present to the people involved in the case, as well as remember names and events is paramount to being a good detective, and as a result, Judgment does a great job of reinforcing this. While many other games would simply repeat this information automatically in conversation, Judgment makes you think about your answers and choosing the right one can reward you with extra SP as well. Though I could do without Tak’s growing keyring, especially since Judgment forces a minigame where you have to choose the correct key to open certain doors. Choosing the wrong key reminded me of working at my church’s food bank and how I used to hold up the line due to the size of the keyring I had to deal with. While Judgment’s never gets to be the size of 80+ keys like my real life one did, I really just wish it would open the door for me if I had the key already. 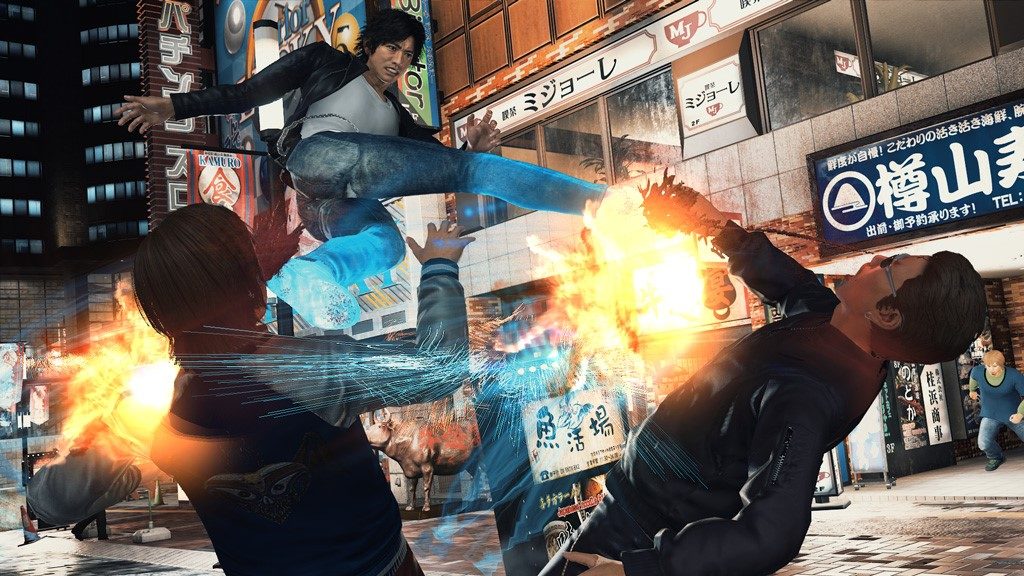 Judgment has plenty of side activities for you to do as well if you want to kill time. Shogi, Mahjong, even a VR playground are fully present in Kamurocho, begging to be explored. I found myself sitting in front of Virtua Fighter in the SEGA arcade or playing Darts in Bantam Bar more often than not. There are so many side activities it’s enough to make someone’s head spin, and while I wish Karaoke had made it into Judgment, the addition of a crowdfunding minigame, aptly named Quickstarter, kept me interested later in the game. I will say though, sometimes I would simply sit in Yagami’s office or the bar, Tender, just to listen to the exquisite jazz soundtrack. Hearing a jazz flute version of “Oh Danny Boy” was a treat I wasn’t prepared for the first time.

Judgment also lets you get a girlfriend if your version of Yagami is lonely. You’ll also make friends with locals throughout Kamurocho, and while their benefit may not be immediately apparent, these locals can come to help you in battle if certain conditions are met. It’s a nice touch, albeit one I didn’t have crop up too often in my playthrough.

Tags: Judgment, review, sega, Yakuza
Summary
If you like previous Yakuza games, Judgment is right up your alley. A spin off that holds its own in the fictional Kamurocho, Judgment is a worthy entry in the world of Ryu ga Gotoku’s Yakuza world. And while I found the story to be sluggish and in its own way at times, it’s excellent combat and unique detective mechanics kept me engaged in my more than 20+ hour playthrough. Judgment is outrageous fun at times, relaxing at others and above all else tells a great story. It’s definitely one I’ll be coming back to over the next few months, uncovering more of Kamurocho’s secrets with its favorite detective.
Good
Bad
8
Great

Written by
Joseph Bradford
Joseph has been a freelance games journalist for the last 5 years, having written for multiple mainstream outlets. He loves all things technology and gaming and relishes the chance to write something new about them. When not writing, Joseph enjoys spending time with his wife and daughter in his home town of Las Vegas and explaining in detail why Balrogs do not have wings. You can argue with him on Twitter at @LotrLore.
Previous ArticleSynth Riders Gets Fit and A Free Music UpdateNext ArticleReplay Poker review