Fans of Kingdom Come: Deliverance are in for a treat in the coming month.  A new expansion has been in development for a while now named From The Ashes.  It takes what makes the game so great and expands on it so much more by introducing an entirely new kind of gameplay and story to the game.  From The Ashes introduces an all new city building aspect to the game, allowing you to build a new village from the ground up to experience first-hand what it was like to actually build an entire new settlement back in the middle-ages.

You play as a newly appointed bailiff, and decide every aspect of design and what resources/items the settlers bring into the village.  This also includes keeping the peace by settling disputes between the villagers.  Each building will be unique and be upgradable, which in turn have specific labor and material costs. 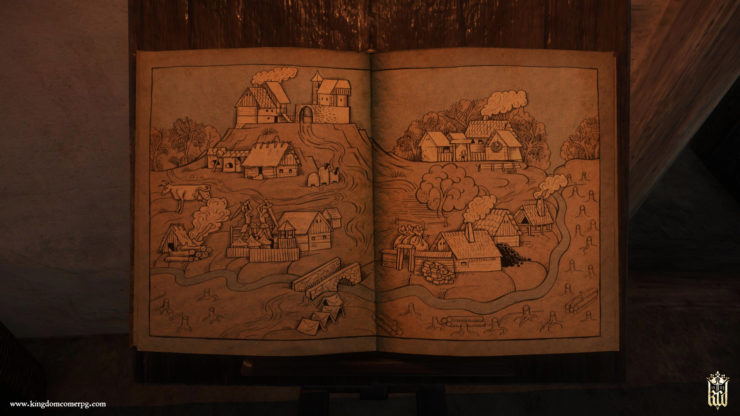 While From The Ashes isn’t entirely new “news,” we previously have not had a release date.  Worhorse Studios came out with this tweet yesterday, June 25th, announcing that work was complete and the expansion will be released next month.  “Work on the #KingdomComeDeliverance DLC #FromTheAshes is wrapped up. Made in the last 3 months trying some new internal processes we managed to pull off a behemoth of a thing that’s way more ambitious than what was originally intended. I hope you guys and gals will enjoy it.”

This is indeed exciting news for any Kingdom Come: Deliverance fans!  If that wasn’t enough to rouse your interest again for an awesome game, they just released patch 1.6 on PC and consoles.  The key feature of patch 1.6 is hardcore mode.  This is a free “DLC” of course, rolled into the patch.  Hardcore mode will make the game a lot more difficult than it was previously.  This means not autosaving, and no fast-travel.  Along with having to now choose at least 2 negative perks that last the duration of the entire game.  A lot is added with the patch, I’ve included a few key features below.  You can read the entire list here.

For those of you who haven’t yet made the plunge into buying the game, grab it while you can during the steam summer sale for 30% off!
You can also check out my review for Kingdom Come: Deliverance here!