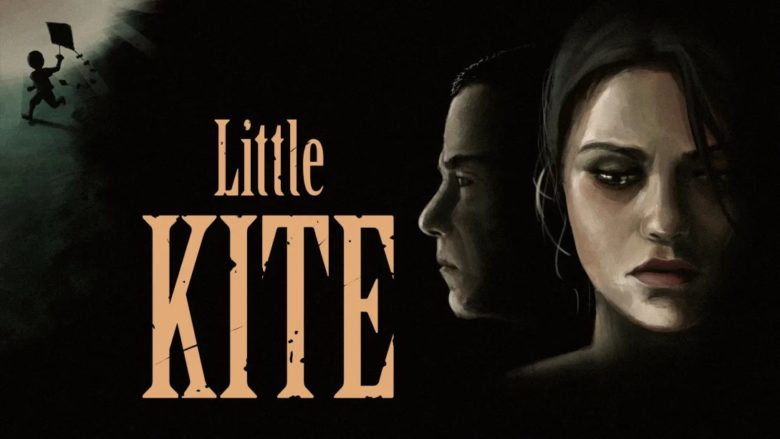 Many of us play video games to escape reality. So what happens when reality seeps into our video game world? Especially when we find that it reminds us too much of some of the dark aspects of that same reality? It was with some mild trepidation that I took on Anate Studio‘s new adventure game for the Nintendo Switch. Why? Because Little Kite tackles some heavy, dark social topics including some that were present in my own life during my childhood through early adulthood years.

This Ukrainian independent video game developer delves into drug addiction, alcoholism, and domestic abuse all in a single game. Obviously, this one is not a game for younger gamers. In fact, if you visit the Nintendo Switch’s eShop page for the Little Kite you’ll need to pass an age verification test. I’ve only gotten about three-quarters of the way through this point-n-click adventure game. Nevertheless, I’m pleased to share my initial thoughts with you as to what you can expect if you decide to pick up this competent adventure game! 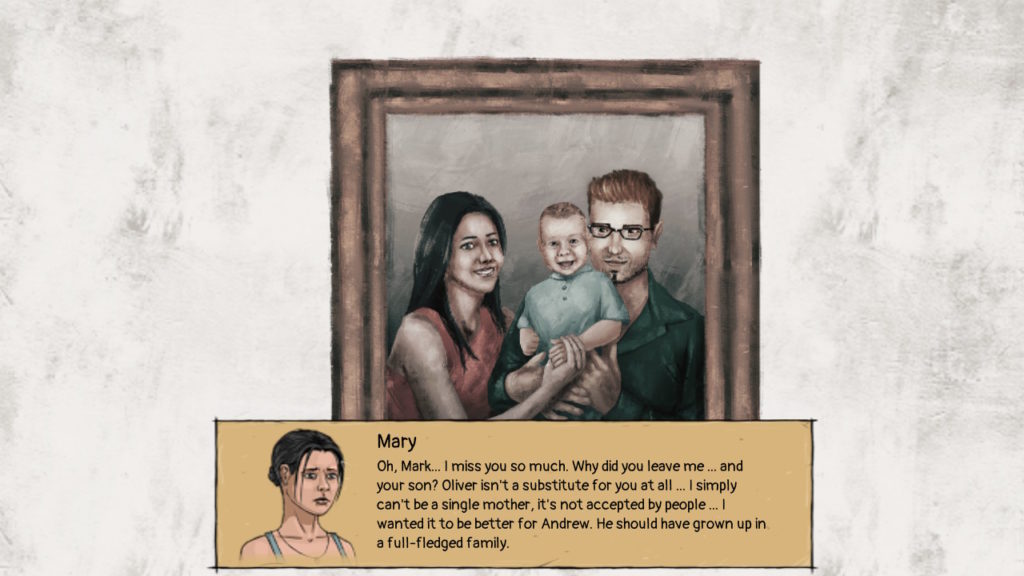 When a game starts like this it can’t bode well…

Little Kite is a traditional point-n-click adventure game where you’ll end playing as both Mary and her son Andrew. Both are trying to continue living after the death of her husband, Andrew’s biological father, who was lost in a car crash. Like perhaps many mothers in a similar situation Mary marries for a second time. Partly in an attempt to create a fully functional family for her son. Unfortunately, problems that are too often common nowadays, consume Oliver who tries to ease the pain with alcohol. Eventually, this leads to domestic violence against Mary and verbal anger against Andrew. 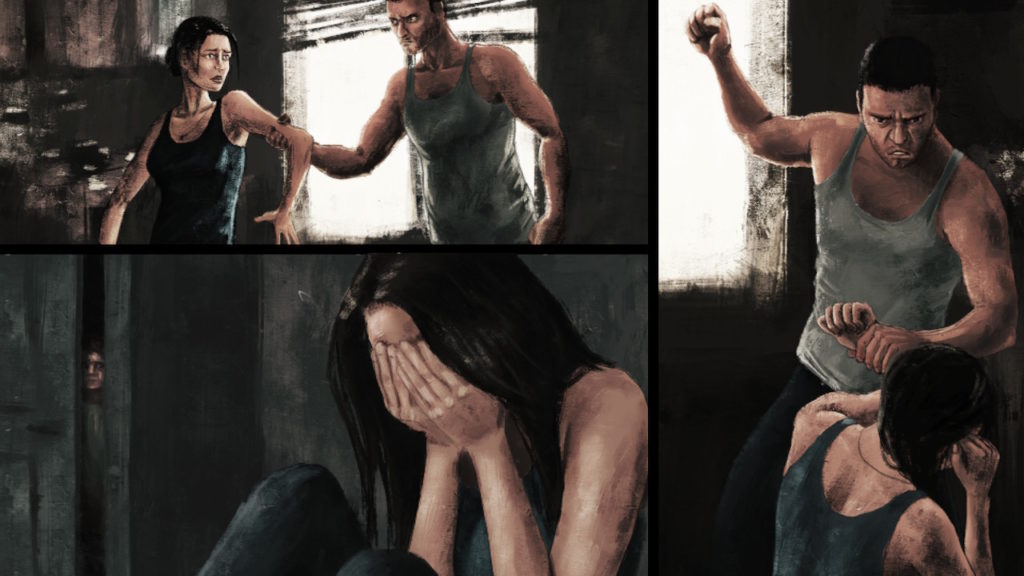 Some of the dark storyboards you’ll be presented with.

It’s hard to say you truly enjoy playing a game like this. Little Kite has such a dark cloud looming over it but nevertheless, it’s riveting to see where the story will lead. There are several adventure game-like puzzles along the way that take your mind off and ease the pain of the overall story arc. So far I’ve felt much compassion for Mary and Andrew and if anything it’s helped drive me towards advancing the story just to give these non-living characters some solace. 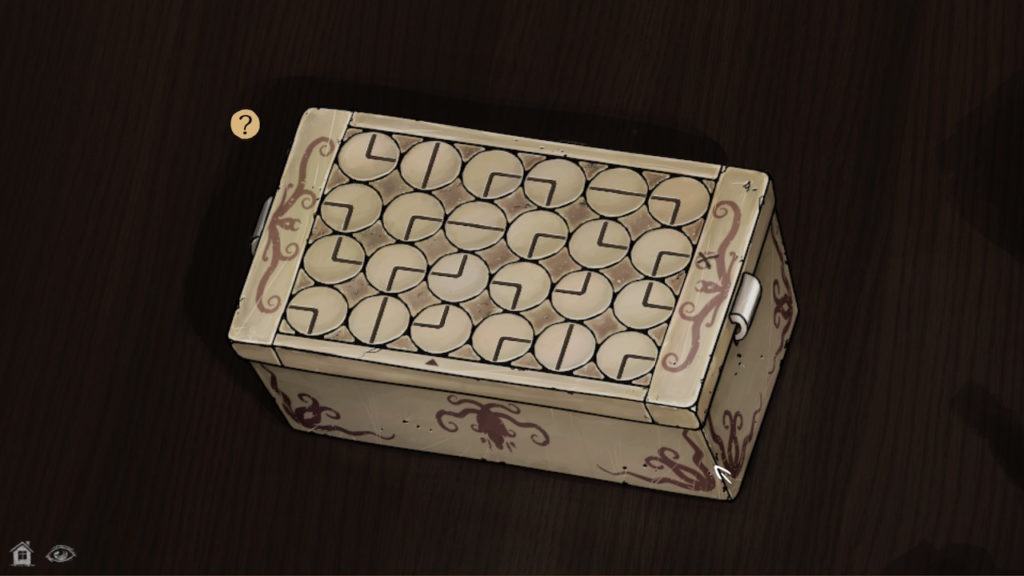 This one is a typical adventure game puzzle but still fun.

The hand-drawn artwork is spot on for the mood being conveyed. The story told is purely text-based, there are no voiceovers in this game. And while Little Kite saw a Steam PC release in 2017 the English here is very well done. Puzzles along the way so far have not been difficult but have been entertaining. Some of the puzzles actually include a built-in hints system if needed. Entertaining puzzles are especially true when you play as Andrew. Andrew seems to slip into some fantasy world where he tries to escape reality. This leads to some unique puzzle situations. 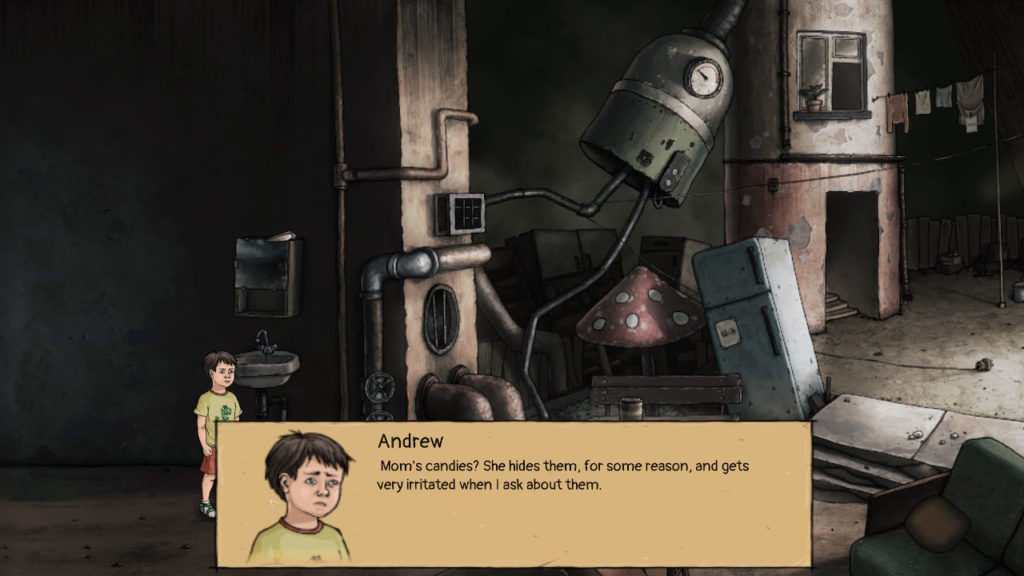 Yes there are several things to like about Little Kite. But there’s also a couple of things that could slightly irritate you. The cursor-based game interface is the first. Meaning you use the joy-cons to move a cursor around the screen in a true PC point-n-click fashion. So it’s no secret that this was a straight-up PC to Switch port without improving the interface for the console. Holding the Y button down shows hotspots for a few seconds. After that, you need to wrangle the cursor over one of those bad boys to interact with. Whether it’s to start a conversation or drop an inventory object onto.

There was also a few puzzles that seemed illogical, the first one out of the gate deals with making a simple sandwich for Andrew. The simple task of finding a knife to cut ingredients turned into a longer chore than I had imagined. There’s also a picture-based combination lock puzzle that seemingly has no hints of what the proper combination is without consulting with the great Google.

After the time spent in-game thus far I can say that taking this trip wasn’t as grim as I thought it could have been. Obviously, the nature of the theme won’t appeal to anyone but the developers have done a great job wrapping these dark social topics in a strong adventure game!

Written by
Scott Jeslis
Scott is a comic book, music and gaming nerd since the late 70s. Gaming all began on the Colecovision and Atari 2600. He buys and reads new comics every Wednesday from his LCBS and helps run an online Heavy Metal radio station.
Previous ArticleLionsgate Give Us Even More Images Of The Borderland’s MovieNext ArticleBounty Hunters Score Big in Red Dead Online This Week 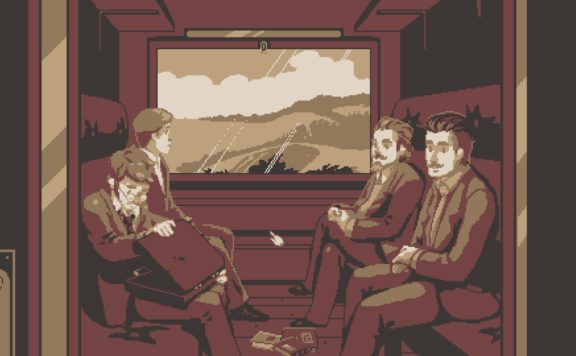 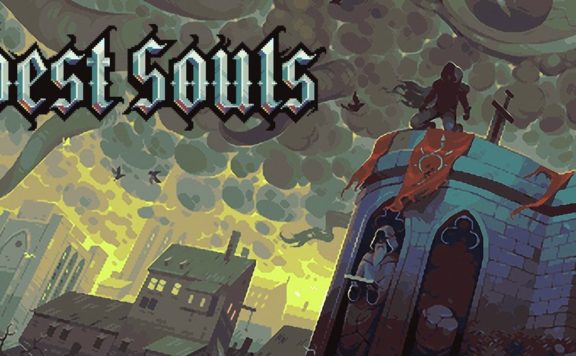