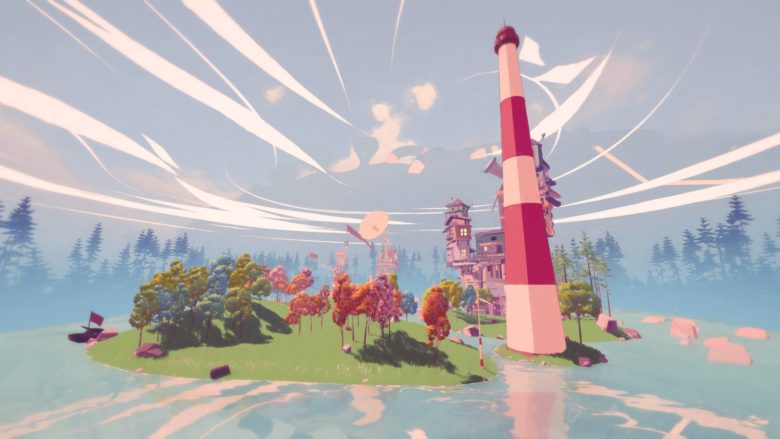 The great thing about Microsoft is that it’s always got a great lineup of games each week coming to Xbox One, Xbox Series X/S, and Xbox Game Pass for PC. This week is no exception and no matter what you’re in the mood for, there’s something for everyone. Those who love retro graphics and old-school gameplay will be especially please this week. So sit back, relax, and check out this week’s Xbox games for January 24-28, 2022.

The god Hoochooboo is hungry… for you. But serving is better than being served in this co-op cook ’em up! Chop up vegetables, fruits and tourists and serve your divine delicacies in arcade-style with up to 4 chefs!

A turn-based tactical RPG with strategic battles in isometric grids where every decision you make can alter the story and the way you configure the characters. Embark on an expedition to find Lennorien, the long-lost elvian city to save your loved ones, while fighting the goblin menace that spread terror across the continent!

Gav-Gav Odyssey is another way to get the blast from the gaming past! This game merges the best elements from golden age gaming: platforming, scroll shooting and puzzles. Cute doggies as key heroes are combined with challenging puzzle tricks and can capture your interest for a solid amount of time. This setting looks so authentic that someone can even think that this game was released on 8- or 16-bit platforms 20 or 30 years ago! Nice pixel art graphics, friendly gameplay and funny cutscenes are able to charm kids and grown-ups alike, especially those who can still remember the best platforming games of the 80’s and 90’s!

Summertime Madness is a single-player first-person puzzle game. The player, in the role of a painter who has made a deal with the devil, has to find his way back to the real world after being cheated and trapped into one of his canvases. A dreamlike journey into a surreal world of the artist’s own creations where the atmospheric gameplay provides mysteries to discover, puzzles to solve, and artistic landscapes to explore.

Awakening to find herself sprawled on a floor of hard steel, the first thing that greets Kohaku’s eyes is a strange talking sword named ExeBreaker. Unsure of where she is or what’s going on, she agrees to this sardonic sword’s proposal to join forces, and together they journey deep into the heart of a transformed Cogen City—once Kohaku’s home, now a collapsing ruin. Both mystery and mayhem await her, but with the power of ExeBreaker’s Ouroboros System on her side, nothing will stop her from discovering the truth of what happened to her beloved home.

S.W.A.N.: Chernobyl Unexplored is a science fiction FPS puzzle horror game, which takes place a few months after the Chernobyl Nuclear Plant disaster. Take part in the research expedition and be one of the first people to get inside the S.W.A.N. Institute since the reactor failure. You’ll discover the place kept secret by ZSRR authorities, omitted during the evacuation after the Chernobyl disaster.

With his new spinning blade weapon, the Razor Wheel, Copen rips through any enemy standing in his way as he traverses an enormous tower. A wide variety of stages with powerful boss characters lurking in them await him. Copen earns a new EX Weapon for his arsenal whenever he defeats a boss. He uses these weapons to target enemies’ weak points to bring them down faster; a key strategy to clearing stages and ascending the tower quickly.

Active Neurons is a game that trains the player in spatial logical thinking. By controlling the power of thought, you must charge the neurons. The more the neurons are charged, the healthier the brain becomes. The healthier the brain becomes, the more of a fully-fledged life the person will live. It may seem simple, but it won’t be as simple as it seems. To choose the direction of movement, the power of thought should be at rest, so it is important for you to correctly use the obstacles presented on every level.

Drum out high scores by playing along with Don and Ka in Taiko no Tatsujin: The Drum Master! Choose from over 70 songs and play with friends in local multiplayer mode and online ranked matches. Light your drumming spirit on fire!

Vagante is an action-packed roguelike platformer set in a dark fantasy world filled with monsters, demons and crooks. It features permanent death and procedurally generated levels. Despite these dangers, adventurers commonly travel these unforgiving lands questing for fame, riches, and power. They game can be played cooperatively with friends both locally and online, it also offers a single player mode.

Super Onion Boy 2 is a classic 2D action and adventure game in retro style in pixel art. Your mission is to save your friends who were captured by a terrible monster with psychic powers. Defeat enemies on the way with the help of superpowers and epic transformations, collect coins and stars to earn extra lives. Find chests with magic potions and defeat all the terrible bosses until you reach the final boss.