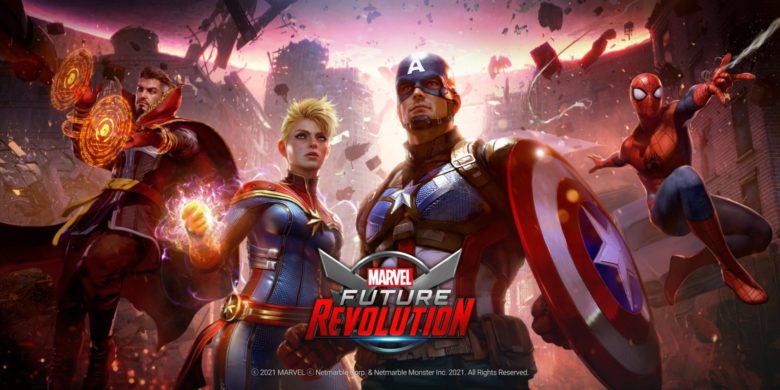 Back in August, Netmarble took a leap into the world of superheroes, bringing Marvel’s massive multiverse of adventures to the small screen with the launch of MARVEL Future Revolution. A follow-on from earlier Revolutions titles like Blade & Soul, and a distinctly high-end looking online RPG, this new adventure did more than just impress us during previews and around its initial launch. With MARVEL Future Revolution out globally and flying high Gamespace got an opportunity to talk to Joe Lee, Executive Producer at Netmarble, and Danny Koo, Director of Product Development at Marvel Games, about MARVEL Future Revolution, the multiverse, and AIMing for success.

How did the project begin? Was it the team at Netmarble that pitched the idea?

LEE: The initiative was mutual. The purpose of this project was to create a game that goes beyond the limits of mobile, an MMORPG based on realistic graphics and strong action using Unreal Engine. Netmarble and Marvel Games already built a solid collaboration relationship over a long period of time, and we wanted to challenge a completely new genre. As a result, we thought we could make a decent Marvel MMORPG because there was no case of using Marvel IP in a mobile MMORPG.

MARVEL Future Revolution is a very different project from other Revolution titles. Why not another fantasy style MMORPG?

KOO: As gamers ourselves, we both have tons of great memories playing MMORPGs in the past. And we knew it was about time that Marvel fans all over the world received the same, hopefully even greater, if I may, experience that the genre provides. MMORPGs are all about playing the role of the character. Who would not want the opportunity to play a Marvel hero role?

What are your hopes for how MARVEL Future Revolution will change the mobile market?

LEE: We hope that we are challenging the boundaries of what mobile games can do. “AAA quality on mobile” is kind of our motto. Top notch character modelling, huge open world environment, larger than life action and even the music! Just because the game is on mobile, there should not be any compromise in the gameplay experience you get.

The various hero introductions and arcs are a great way to differentiate the heroes in MARVEL Future Revolution. Why start the game that way and place players in the shoes of Marvel heroes rather than create their own hero?

KOO: Great characters and great stories are what Marvel is all about, so leaning into these well-established characters but in a completely new and unique story was our goal. To be able to truly enjoy the game to the fullest in the long run, we needed to give the proper introduction not just to the characters, but also on the whole backstory to provide as much immersion as possible.

How did you settle on the heroes for launch, and will there be new ones?

LEE: Super Heroes and Super Villains from various iconic Marvel franchise of characters (Avengers, Guardians of the Galaxy, X-Men, etc.) were considered for this game. They were also picked from story and gameplay perspective as well. The game will gradually be filled with more Super Heroes representing the entire Marvel universe. More updates to come!

Thematically, this is also a step away from the fantasy and anime genres that serve RPGs so well. How did that change the way you tell a story and build the game?

KOO: We focused on what Marvel fans would expect from this game from the story perspective as well. That’s why we partnered up with Marc Sumerak, who has been our story writer for our other Marvel game, MARVEL Future Fight. Marc is known for his great books and comics, but writing a great story for games is another thing. I am so glad that we were able to bring him on again! 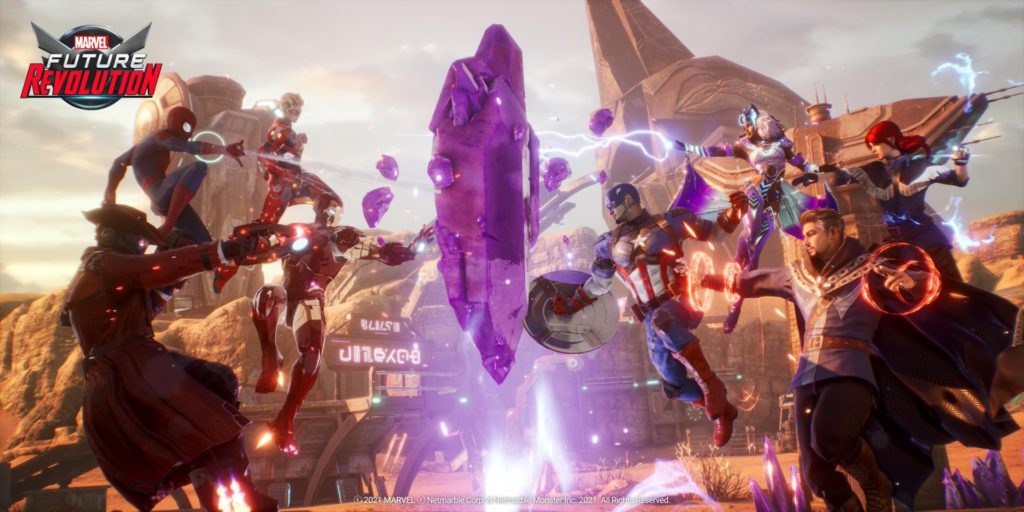 LEE: It uses Unreal Engine. We put much effort into managing heat according to the specifications of the mobile device, supporting high quality of visuals as well.

On our early playthrough there was a very strong focus on story and playing cooperatively with the characters fans already know. We didn’t get an urge to rush to endgame for competitive content. Was this intentional or do I just love comic books a little too much?

LEE: Our assumption was that there will be all types of Marvel fans trying our game, from casual comic book fans to die hard comic book fans, casual gamers to hardcore gamers. The intention was to ensure that we have something for everyone, some play value for you while you play our game. If you are one of those players that would come back to the game again and again that would be great. But even if you only played it for a short time and still had a blast, that is also great! We will continue to make this game greater, so we want you to come back wanting for more!

Monetization is always a tricky subject in mobile gaming. How is MARVEL Future Revolution going to be different?

LEE: Basically, you can clear up to the final mission (quest) provided by the game without paying. Since we are aiming to expand the base of MMORPGs, we tried to construct monetization structure at a reasonable level as much as possible.

LEE: We’ve already built a solid collaborative partnership with Marvel over a long period of time, starting with MARVEL Future Fight. Based on the trust we built over the years, we’re given a lot of creative freedom and flexibility while using their IP. Marvel gives us the ingredients. Lots of great ingredients! And we are the chef and come up with our recipe and do the cooking to make our menu great!

KOO: Along with our writer Marc, we came up with the Convergence concept together where different realities mixed together. This resulted in fantastic new original regions in the game, including New Stark City and Midgardia. We instantly fell in love with them! 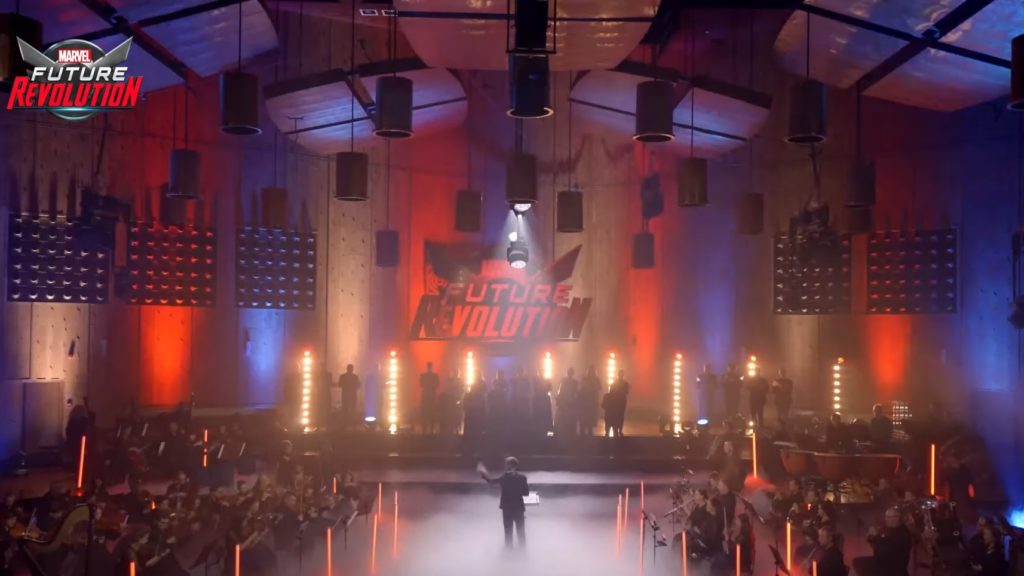 Final question. Which Marvel Hero or villain do you want to see in game?

LEE: My personal wish would be Luna Snow, a K-pop based super hero we created together originally for MARVEL Future Fight. Her success expanded beyond our game and now you can see her in many comics and other games, too!

Written by
Ed Orr
For those of you who I’ve not met yet, my name is Ed. After an early indoctrination into PC gaming, years adrift on the unwashed internet, running a successful guild, and testing video games, I turned my hand to writing about them. Now, you will find me squawking across a multitude of sites and even getting to play games now and then
Previous ArticleZynga Teases FarmVille 3Next ArticlePlayground Games Showcases Forza Horizon 5 Multiplayer in New Trailer 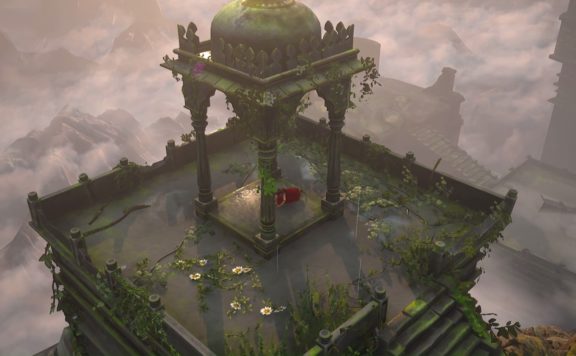 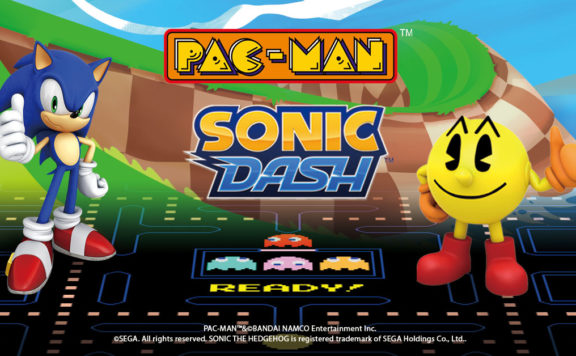 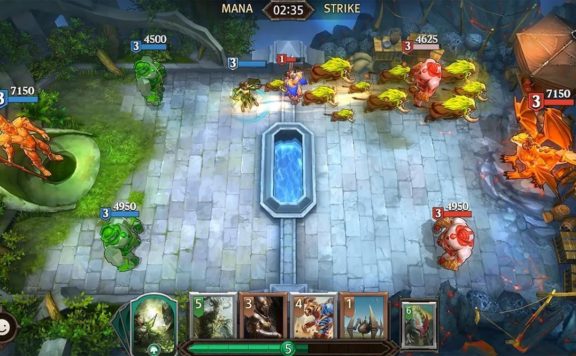