I have played my fair share of party games. Many social functions I plan have at least some party game component to them. Some of them have involved sculpting ski lodges out of cheese, but that’s a story for another time.

When it comes to digital party games, there is a delicate balance between being accessible enough to not intimidate the fledgling, occasional, or non- gamer while still being challenging enough to hold the attention of the more seasoned players. There are some games on the market that get this right, but I am always glad to see new offerings within this genre. This is our review for Melbits World for PlayStation 4.

Melbits World is a delightfully adorable, brightly colored party puzzler with an incredibly unique twist. Rather than setting players up with controllers, each player uses something that many are accustomed to in their day-to-day lives: their cell phones or tablets. I suppose this would be one place where it would be appropriate to ask your event attendees the question of “You all have cell phones, right?” 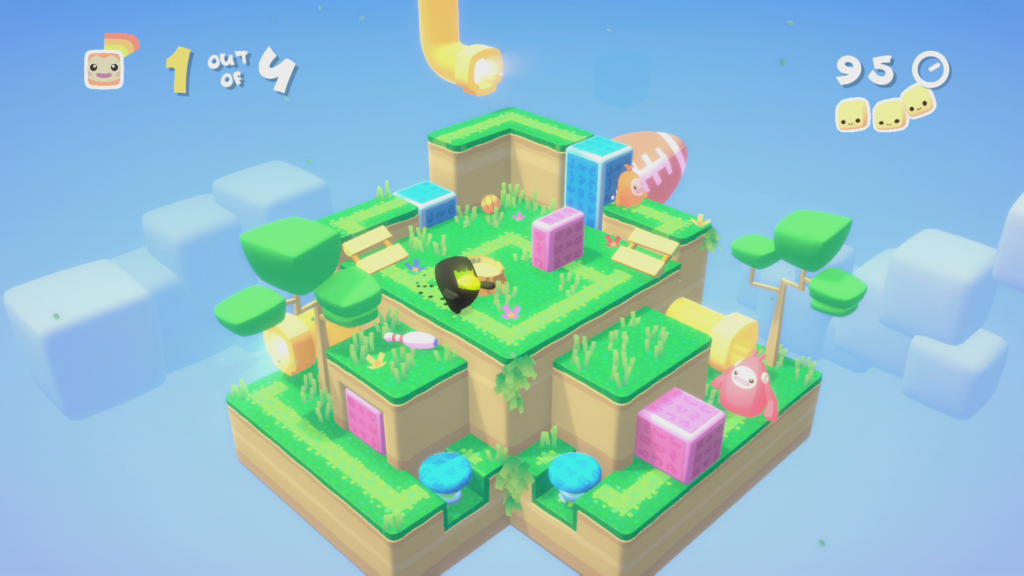 Each player will download the free Melbits World app onto their device, connect to the same network as the PlayStation 4 (or turn the PS4 into a WiFi hotspot), and, through the magic of PlayLink, use their device to interact with Melbits World.

Before we get too far into the weeds, we have to ask a question: what IS a Melbit?

Melbits are described as “good vibes sent across the internet.” They are the embodiment of hearts and likes, positive feedback on GameSpace reviews, and motivational memes. Each Melbit’s job is to make sure that everything digital works through the power of positivity. If you have ever been on social media, you know that is a big task and they will need all the help they can get!

The good news is that you can’t do this alone. 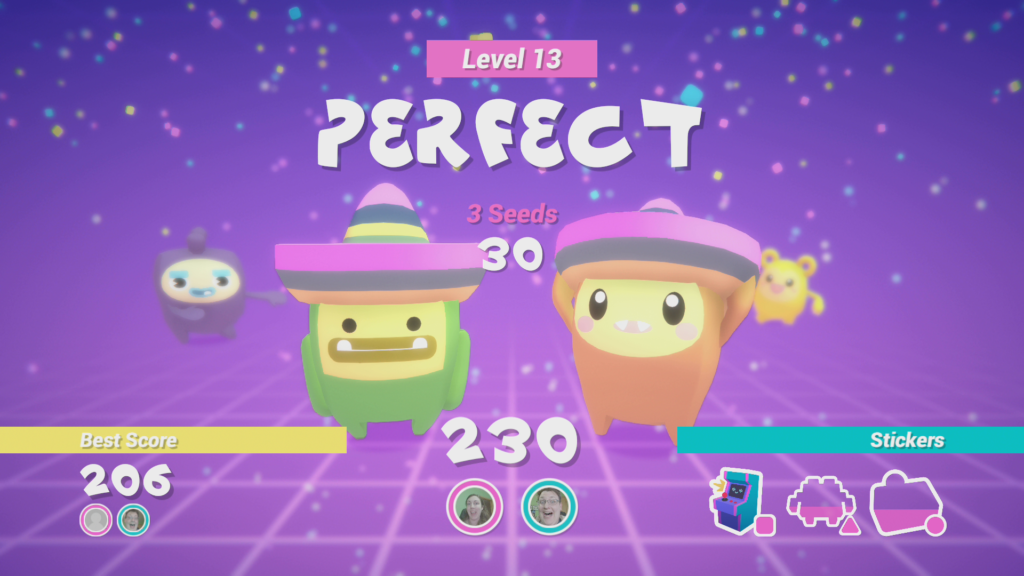 Working together, you and up to three friends will work together through the power of positivity, communication, synergy, and a heap of laughter to collect gifts, seeds, and power-ups, dodge obstacles, avoid Viruses (or Felbits as I like to call them) and move platforms to see these sweet Melbits to the end of the level. You must guide at least two Melbits to the tubes that await them. Apparently, the internet really is a series of tubes.

To do this, each device will display a series of controls to help you manage the obstacles across each level. Some controls require a simple push of a button while others require you to use your devices’ gyroscope to manipulate the objects under your care.

But, how will you know which ones those are?

Before each play session, you will take a selfie to be used during the game. At the beginning of each level, your selfie will pop up by the objects you control. You can even practice your controls during these opening sessions if you are unsure of what to do. You will only have two types of controls to manage per player per stage, so this is a great time to get accustomed to them. And it is wise that you do, because this is where the wheels can come off. 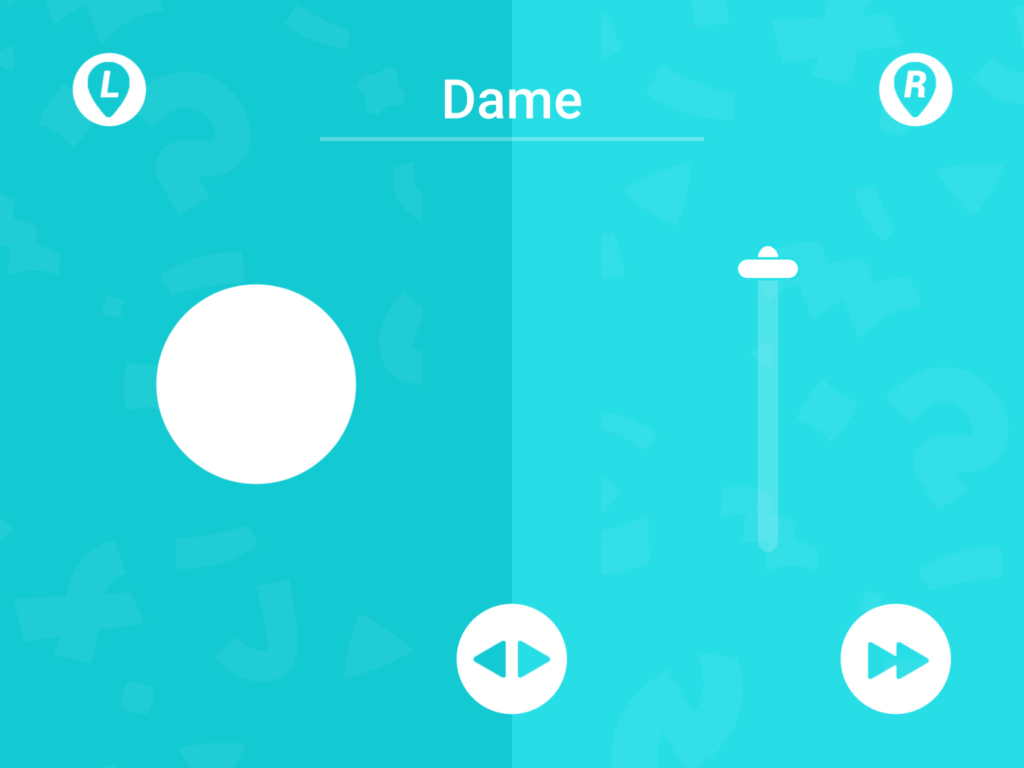 While PlayLink removes the need to have extra controllers laying around, there are some delays with the motion controls while using a mobile device. During the course of my review, I used different tablets and phones, but found that the delay in motion was not tied to the device itself. This made specific puzzles very frustrating to manipulate.

Even with these chaotic moments, Melbits World created some incredible moments of laughter and triumph as we completed levels, unlocked stickers, unleashed some series dance moves, and fought off Viruses from our tablet screens. With four themed regions with nine levels per region and plenty of cosmetics to unlock, Melbits World has plenty of charm to keep the party going.

Melbits World releases on February 5th and will be $19.99 USD on the PlayStation Store. 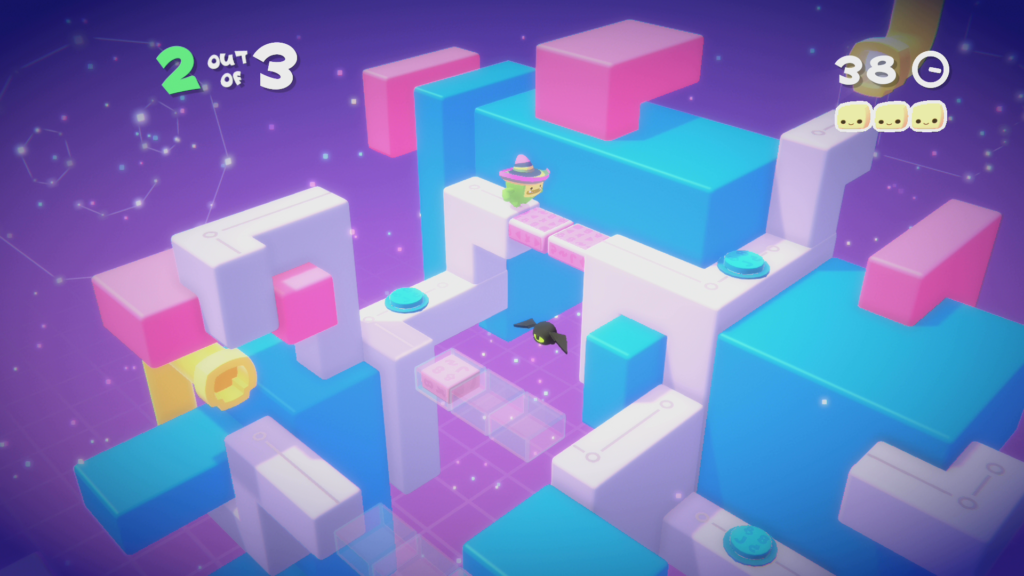 Tags: All Ages, Melbits World, party game, PlayLink, review
Summary
Melbits World is a charming puzzle-solver for party-time. With the power of PlayLink, you will overcome obstacles with up to three friends by using cell phones and tablets to control bridges, boxes, barriers, and beyond. While some of obstacles taking advantage of motion controls can be a bit sluggish, this approach of controls means that no one is left out of the party. Melbits World is an all-ages romp of madcap mayhem for all skill levels which places a high priority on player communication.
Good
Bad
8
Great 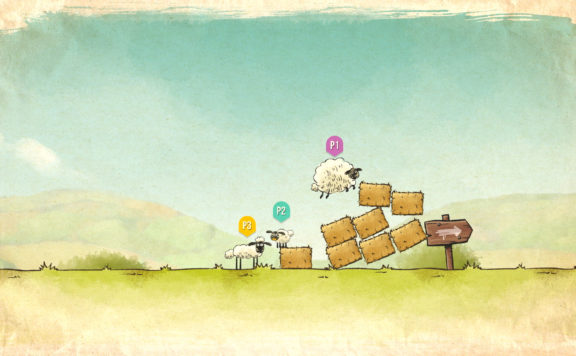 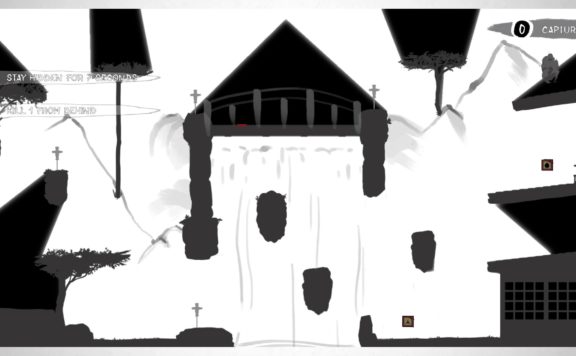 I have played my fair share of party games. Many social functions I plan have at least some party game component to them. Some of them have involved sculpting ski lodges out of cheese, but that’s a story for another time.  When it comes ...
0
Average User Rating
0 votes
Have Your Say!
Your Rating: 0
Submit
Write A Review