Coming to you fresh from indie studio Italo Games on steam is MIlanoir, a gritty pixelated crime drama twin stick shooter. Seeking to pay homage to the Italian crime flicks of the 70’s, MIlanoir has you play Piero a cold-hearted man of death and crime. But is it worth your time and money? This is our review of Milanoir.

Milanoir first seeks to draw you in with its pixel art style, reminiscent of retro style games with a unique flavor of its own. While walking down the streets contemplating murder and vengeance the art works well to capture the mood of the game and the look of a 70’s era in Italy. Whether you’re sneaking by bodyguards, driving hard and fast in a moped or dodging bullets as you meet out death the style works very well for the game.

After the art, you start to notice something else in Milanoir, the background music. I personally believe that the music of a game can make or break it in so many ways. It has to maintain that certain balance of working well with a game while at the same time not overpowering a game, much like spices in cooking. It does this very well here. It helps to set the mood and immerse you even further into a 70’s time period with that Italian flavor. At times I found myself just relaxing at times listening to the music as it played on before going deeper into the game and having the fight music kick in as a boss battle began. Kudos to the dev team and music department on this, always a great bonus to have great music that jams so well with a game. 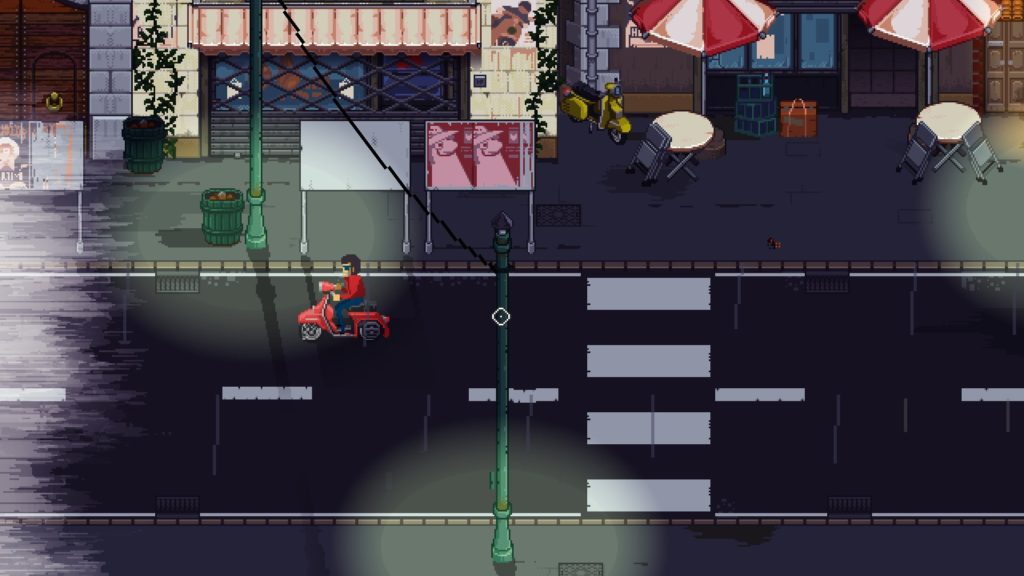 Let’s talk a little bit about the combat in Milanoir, because let’s face it in a twin-stick shooter type of game like this, it’s important that it works well. While using mouse and keyboard at times can feel a little all over the screen, it still works and delivers a good experience. A controller is an obvious choice though as it just feels more natural for a twin-stick shooter. The combat can be fast paced at times with enemies coming at you with knives and various guns, but you are given options to control combat. Some street signs can be shot at to ricochet bullets to kill otherwise hard to get targets or two targets at once. Molotov cocktails can help even the playing field on a group of knife-wielding prostitutes and heaven help the fools who get in your way when you pick up a fully loaded 357 magnum. The magnum only has limited ammo, but each shot kills and slows down the game allowing you to take down several enemies in quick succession. Milanoir also features car chases, which add a nice variety to the game allowing you to drive in between other cars as you gun down those chasing you.

A copy was given by PR for review purposes.

Tags: milanoir, pc, review
Summary
Last, but most definitely not least in Milanoir is the story. To say the story is gritty and filled with death and drama is a slight understatement. Although it is a pixelated game, the story it tells can oftentimes be brutal and blunt. The character you play Piero is a hitman for mob type group, he does brutal things at times. It does fit the bill of those old Italian crime movies but isn't for everyone. The story is told well and has you feeling emotions while also pumping you full of adrenaline during combat. How far will you go for revenge? Overall Milanoir is an excellent entry into the genre and worth your time and money.
Good
Bad
8
Great 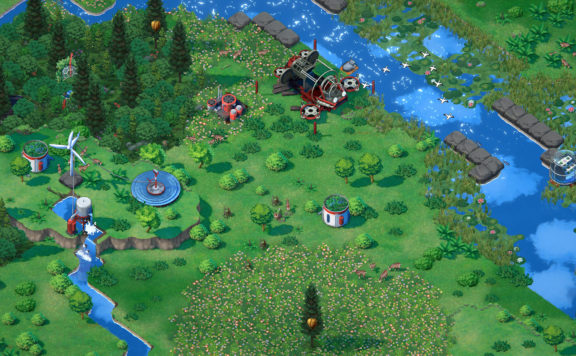 Coming to you fresh from indie studio Italo Games on steam is MIlanoir, a gritty pixelated crime drama twin stick shooter. Seeking to pay homage to the Italian crime flicks of the 70's, MIlanoir has you play Piero a cold-hearted man of deat...
10
Average User Rating
1 vote
Have Your Say!
Your Rating: 0
Submit
Write A Review