During the E3 2019, Mojang Studio has shown off the upcoming action adventure game Minecraft Dungeons. The game is coming to Nintendo Switch, PS4, Xbox One and PC in Spring 2020.  Personalize your character, then fight up-close and personal with melee swings, hang back with ranged attacks, or tank your way through swarms of mobs, shielded by heavy armour!

Up to four players can team up and fight together in local and online co-op modes. Unlock dozens of unique items and weapon enchantments for devastating special attacks. Explore treasure-stuffed levels in a quest to take down the evil Arch-Illager!

The team has taken to Twitter to show some of the things players will be able to see in-game:

The Fiery Forge isn’t just the Illagers’ very own weapons factory. Here, you’ll face the terrible Redstone Monstrosity! Learn more about it in our breakdown of the Gameplay Reveal Trailer. #MinecraftDungeons

A corrupted beacon fires a powerful beam at the enemy and runs on…souls? Wait, who designed this thing?! #Mojang pic.twitter.com/HQ4UlqmsiQ

The Key Golem has already unlocked the hearts of developers and community members alike. This adorable character will get you through locked doors, but will try to run away at every opportunity! #MinecraftDungeons

Written by
Catherine Daro
While growing up in the wilds of Russia, Catherine learned to talk, write and game at almost the same time. You can follow her attempts at latter two at MMORPG.com and GameSpace.
Previous ArticleTop 10 Party Games To Play In 2019Next Article7 Ways To Earn Free In Game Currencies 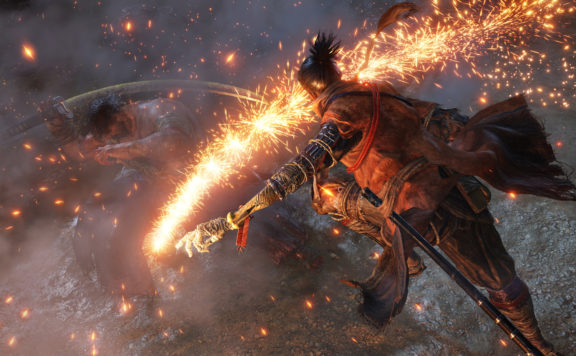