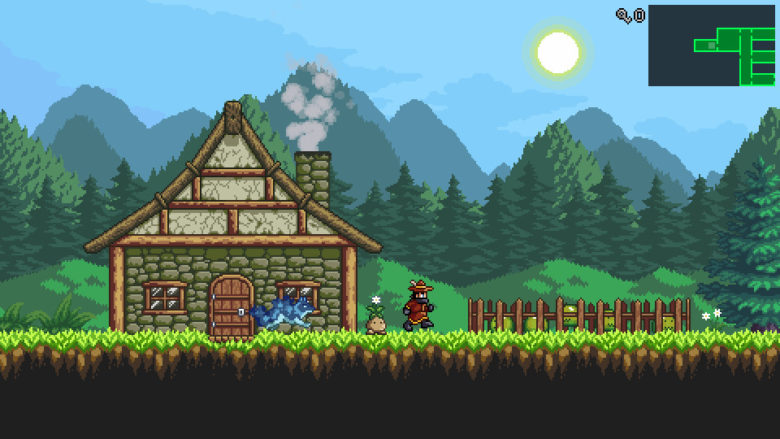 Team 17 has just unveiled Monster Sanctuary to the world and this a mash-up of Monster taming and Metroidvania is now available on Steam Early Access.

Initially a hugely successful Kickstarter campaign, it smashed its goal several times over and set developer Moi Rai Games the monstrous goal of cramming in over 100 monsters and online PvP. Monster Sanctuary first appeared on our radar back in March this year when Team 17 got involved. Now, the British publisher has unleashed this interesting take on monster hunting to Steam Early Access.

For those of you that didn’t catch the Kickstarter campaign. Monster Sanctuary pairs players with a range of unique monsters in a 2d pixelated plane. Hidden across the vast 2D world of Monster Sanctuary, a vast variety of companions are waiting for players to hatch, train, and assist players. Each of these companions comes with its very own set of skills and build tree, allowing adventurers to customize and tailor their own party to take on in-game challenges.

Combat in Monster Sanctuary is a Pokemon esque 3v3 tactical experience that combines optimal team composition and strategic choice to overcome any enemies. Grind and find the best combo and each encounter could drop the rarest monster eggs to improve your chances out ion the world.
Early Access will launch with the following features in place:

While this is far from finished, the mix of monster hunting, platforming, and tactical combat makes this title worth watching and with the help of Team 17 it should make it to full release. Monster Sanctuary is available now for £13.99 or your local equivalent. If you still aren’t sure, head over to the official website for more information or try out the demo via the Steam Store page.

Written by
Ed Orr
For those of you who I’ve not met yet, my name is Ed. After an early indoctrination into PC gaming, years adrift on the unwashed internet, running a successful guild, and testing video games, I turned my hand to writing about them. Now, you will find me squawking across a multitude of sites and even getting to play games now and then
Previous ArticleFallout 76 devs reveal a laundry list of incoming improvementsNext ArticleHome Sweet Home Ep. 2 Steam launch date set