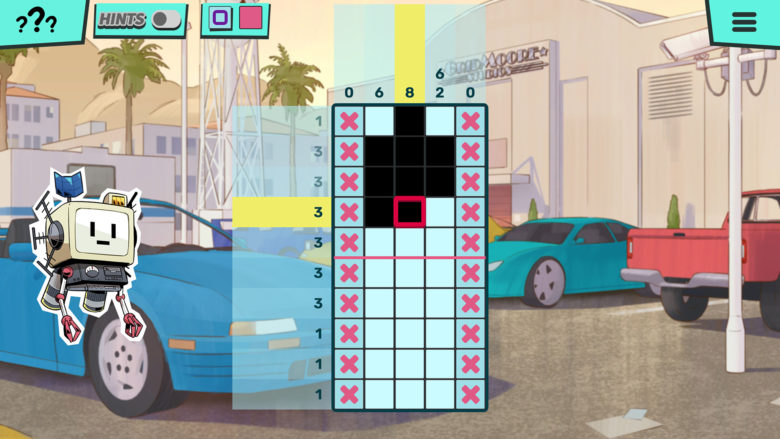 Crime-fighting might be a thoroughly horrid business but a brand new mystery from the good cops at Mediatonic is aiming to be anything but Murder By Numbers.

Released on 6 March for PC, Murder by numbers is a murder mystery visual novel and a fresh take on a traditional crime adventure. With a retro aesthetic and a quirky upbeat take on 1990s daytime TV, this case file aims to charm its way into the hearts of gamers with a bright aesthetic and some unique plot twists and a sidekick that certainly isn’t likely to pop up in the latest Ms. Marple. 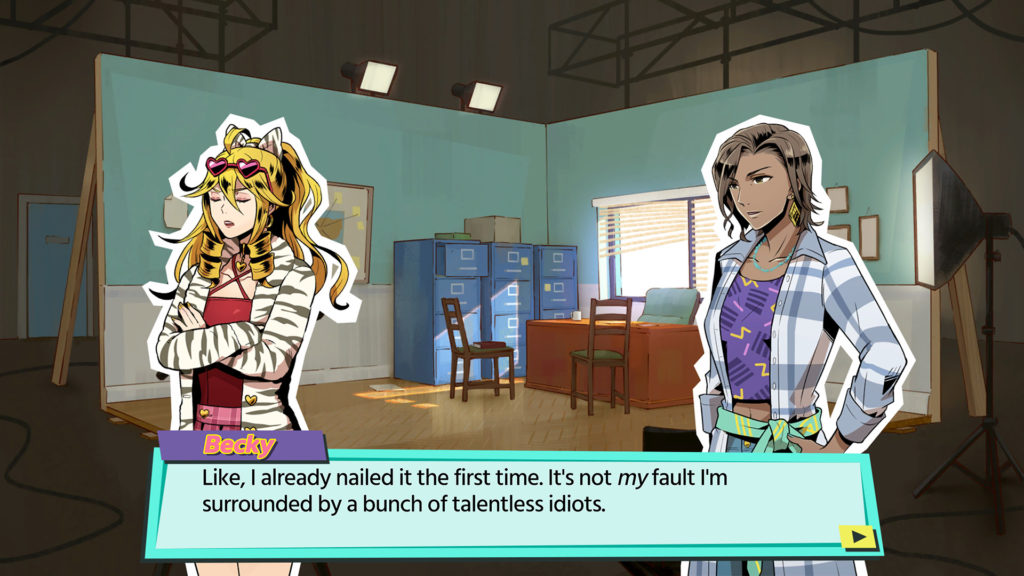 Playing as Honor Mizrahi, an actress on a hit TV detective show, gamers will find themselves thrust into the center of a desperate struggle to clear their own name. Between getting fired and playing second fiddle to a prima donna, things could still be worse. Unfortunately, the death of a showrunner and an air of suspicion does qualify as worse. It’s up to Honorto clear her name with the unexpected assistance of a robotic partner, and somehow this whole scenario seems to present as a fun-filled romp.

From the moment that the theme tune, by Masakazu Sugimori of Phoenix Wright fame, pipes up on screen it is clear that Murder By Numbers is going to play the 80s throwback kitsch for all it’s worth. The bright color scheme, poppy music, and plot that comes straight from a B class daytime cop show would be instantly offputting if it wasn’t entirely aware of its own ridiculous premise. An Ex actress, playing a cop with a floating robotic posse quickly worked their way into my heart. Some knowing cheesy writing, silly supporting cast, and a ton of bad puns prove that presentation is everything.

Some solid writing manages to pull players through a fairly traditional visual novel that adds a few welcome twists. Like any good detective, the main protagonist is expected to think her way through a range of situations. From escaping quarantine to sifting case files, the option to question other characters provides an opportunity to interact with the rest of the case in his tale that might seem relatively unsurprising. It is the introduction of S.C.O.U.T. an abandoned artificial being with a faulty memory that sets Murder By Numerbrs apart. 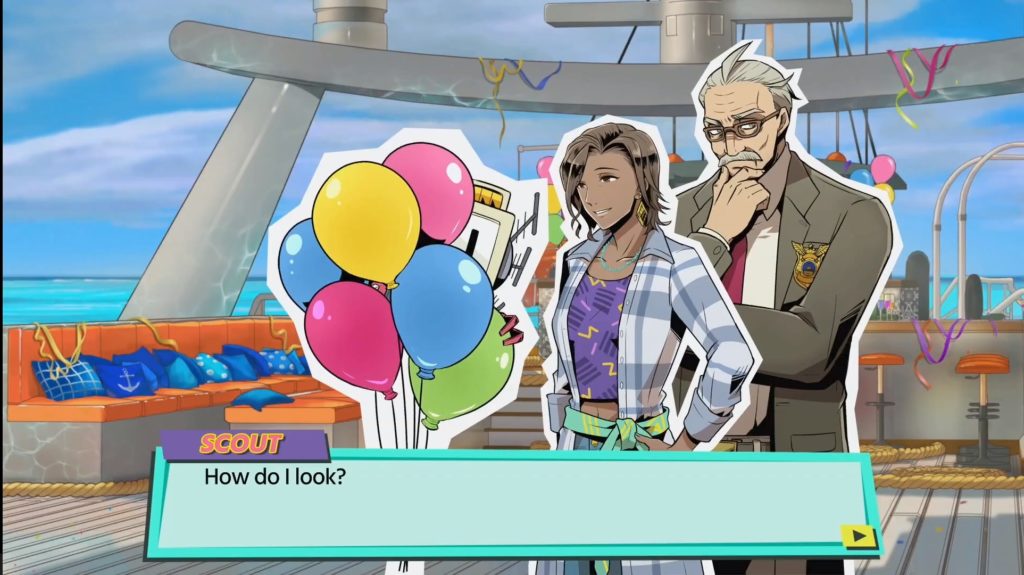 Our aforementioned alloy ally, can scan the local environment for clues as well as providing plenty of comic relief. While the 90s might not have the most advanced technology S.C.O.U.T. can dig up evidence with a little help. A series of grid-based puzzles allow would-be detectives to identify objects that can be collected or used as leverage against various suspects in this endeavor. These puzzles vary in complexity but are not likely to require any budding Sherlocks to crack. Instead, the Soduku style activities are just strenuous enough to act as an entertaining diversion between scenes.

While the more competitive of amateur sleuths might unlock puzzles at an incredible pace to rack up high scores and unlock bonuses, Murder By Numbers doesn’t prove much of a challenge. The entire adventure might clock in at something around 20 hours but don’t expect to be head-scratching for particularly long. These puzzles wouldn’t last two minutes with MacGyver.

If you’re looking for a hard knocks challenge then Murder By Numbers is probably not for you, and that is no real surprise. Murder By Numbers comes from the same team that released Hatoful Boyfriend into the wild and it relies on some fantastic writing. Filled with quirky 90s cheese, engaging characters, and some fantastic animation, Murder by numbers is the sort of case file that goes above and beyond the line of duty. Grab this tale on the Steam store and clear your name before Murder By Numbers gets away.

Written by
Ed Orr
For those of you who I’ve not met yet, my name is Ed. After an early indoctrination into PC gaming, years adrift on the unwashed internet, running a successful guild, and testing video games, I turned my hand to writing about them. Now, you will find me squawking across a multitude of sites and even getting to play games now and then
Previous ArticleDestiny 2 players raise $1M for Australia fire reliefNext ArticleGamespace Weekly 23rd march