Run, jump, die, repeat. Make the leap, grab the gold, and try not to get blown up in the meantime. That’s the loop of Metanet’s excellent platformer, N++, just released on Nintendo Switch. Like so many games releasing on the Nintendo’s handheld console, N++ isn’t a new game but is a cult classic that may have found its best platform yet. If you’re a fan of tough-as-nails platformers, this is one you won’t want to miss. This is our review of N++ for Nintendo Switch.

Looks can be deceiving. That’s never been more true than in the case of N++. On the surface, the game has the type of simple aesthetic indie games have pushed, and almost wrung out, for years. Levels are simple, based almost entirely on solid, flat shapes. Your character is a stick figure that explodes into individual lines when you make a mistake. Enemies and obstacles are almost uniformly circles, squares, or one of the two mashed onto another simple shape. It looks like a browser game from the early 2000s.

Which is exactly what it is. The “N” series got its start in 2004 as a freeware browser game. Unlike most browser games from that era, N had enough juice in its design to last more than a decade and to make the jump to handheld and home consoles alike and is now on its third version (N, N+, N++). 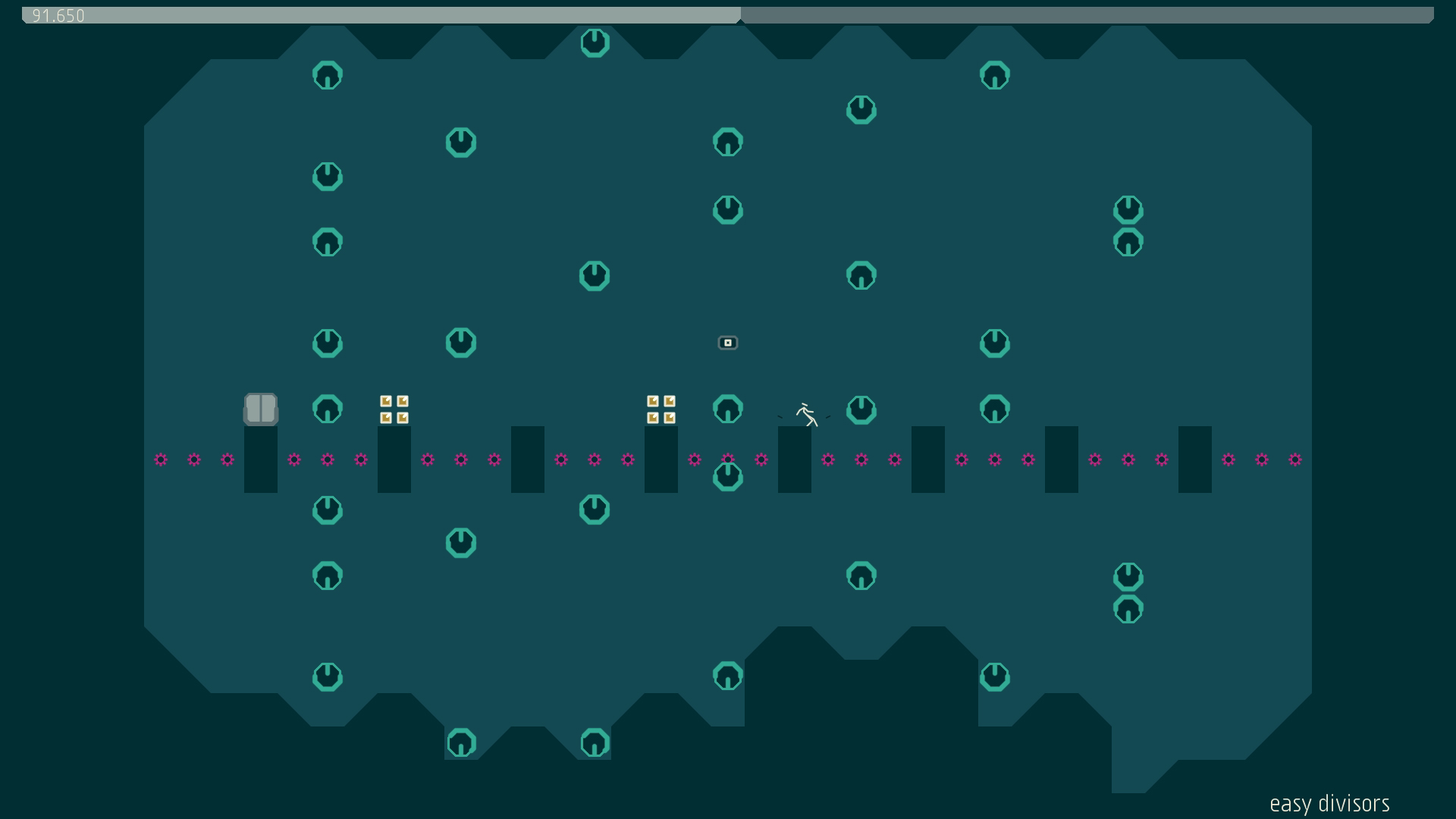 The magic of N++ in fact has little to do with how it looks – though it does have a certain charm. Instead, it’s the magic of momentum. The game distills platformers down to their basic rudiments: the joy of movement, tight, skill-based control, and satisfaction of finally, just finally beating that one unbeatable level.

You’ll die. A lot. Unlike many games, death isn’t a punishment. In fact, Metanet has dedicated a face button just to committing suicide. You’re up and running again as fast as you can “Press A” to try again.

The goal is simple: try to beat five levels in under 90 seconds. The more time you finish with, the higher your score on the global leaderboards. Gold pieces that give you 2-second bonuses are strewn throughout each level. As I played, I couldn’t help but be reminded of racing sims. You pick your line through the track to grab the gold. At first you stick to it, then you modify it (if you’re like me), then you master it. If you’re good, you can end with well over the 90 seconds you started with.

There are hundreds of levels in the game that get harder as you go. You’ll be wall jumping and using ramps to your advantage. Your speed is momentum based and learning how to get from point to point without losing your momentum is the blood and bones of the N++ experience. You’ll also learn how to using floating platforms to launch yourself higher and higher with each upward thrust. On that same token, you’ll navigate slowing your moment at exactly the right moment, when to jump, when to hold your jump. 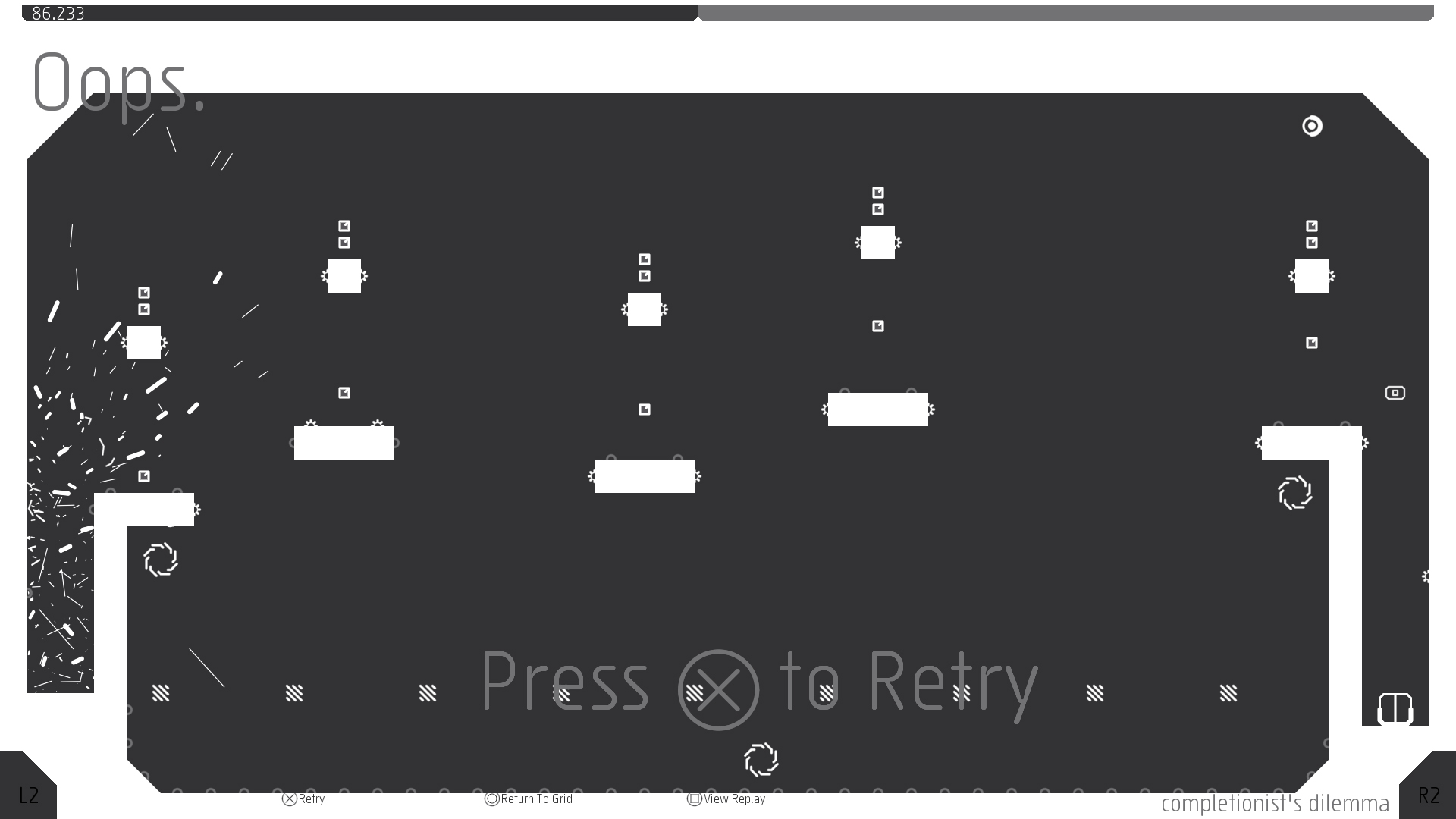 Lode Runner and Super Meat Boy had a baby. It’s name is N++.

The hundreds of levels in the game are more than enough to earn its $19.99 asking price but there’s also a full content creation suite to build and download levels from the community. Given the simplicity of the art and design, making and sharing levels is easy. Even though the early access review period, Metanet had done a great job of curating popular and creative levels.

Having never played the original N or N+, I came to N++ as a newcomer. The jump in, jump out gameplay makes it a perfect fit for the Nintendo Switch. If you’re a fan of skill-based platformers, this is absolutely worth a look.

Tags: eshop, metanet, n++, nintendo switch, platformers
Summary
N++ is an excellent physics-based platformer that demands you develop your skills to overcome its challenges. The art style may not be for everybody but its hundreds of included levels and countless hours of community content make it an excellent investment.
Good
Bad
9
Amazing 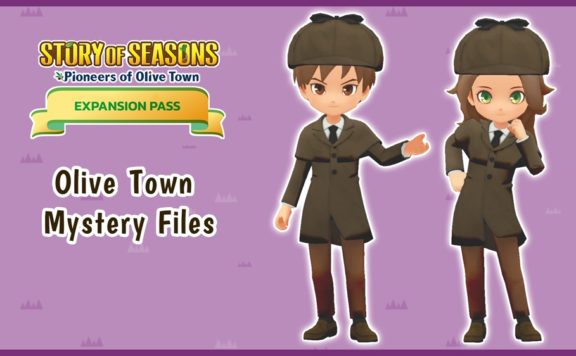 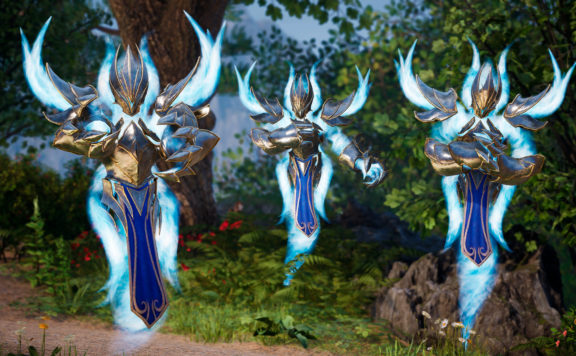 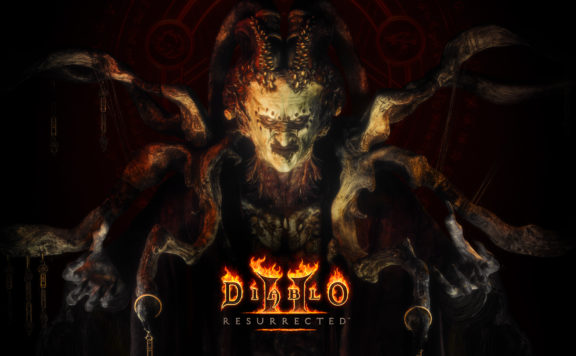 Run, jump, die, repeat. Make the leap, grab the gold, and try not to get blown up in the meantime. That’s the loop of Metanet’s excellent platformer, N++, just released on Nintendo Switch. Like so many games releasing on the Nintendo’s hand...
0
Average User Rating
0 votes
Have Your Say!
Your Rating: 0
Submit
Write A Review