Necrobarista launched on PC, via Steam, last week. This stylish tale of coffee and death might instantly appeal to fans of VA-11 HALL-A or Coffee Talk but is it as good as it looks or just reanimating old ideas?

Developed by Route 59, the release of Necrobarista has been a long time coming. Initially due to go live in 2017 and now finally available, significant push backs occurred in the name of quality, building a serious sense of expectation when we logged into Necrobarista for the first time. Sold as a super stylized narrative experience about a coffee house with a twist, Necrobarista is set in a back alley somewhere in Melbourne and plays out on the grounds of The Terminal, a coffee house come waystation for the recently departed. While many of the customers here might be everyday Australians, some are taking their last night on earth before passing over to somewhere else.

The plot of Necrobaristya seems to be somewhere between a talking shop, like Cofee Talk, and an anime like Soul Eater. While the setup might seem a little leftfield and the nonchalance of the core cast to their establishment a bit unusual, that’s entirely the point of Necrobarista. The artistic arrangement definitely seems to take a nod towards the Shōnen infatuation with Death Gods mixing a gorgeous palette that meshing 3D animation with 2D cell shading. Characters are overemphasized in a way that, again, takes a lead from more manga-inspired productions, obviously aiming the entire production towards a particular audience. 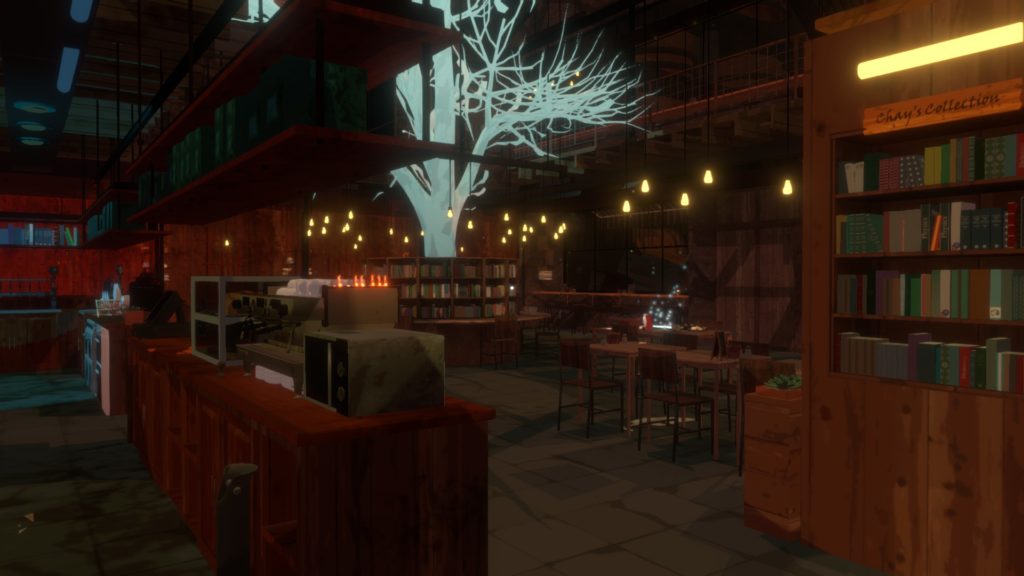 This aesthetic of Necrobarista is, thankfully, inviting rather than exclusionary. The stylized visuals help sell a slightly ludicrous concept and as you navigate the walls of The Terminal you’ll find the strong animation is framed and lit in a way that made me a little trigger happy with the screenshot key. This appeal is further enhanced by some thoughtful framing and camerawork. Not something that we would normally mention, the dynamic farming and artistry on show allows Necobarista to mix a range of stills and in-game animation to weave its way through the narrative. Framing action shots like an anime, moving the camera between dialogue, and giving the player just enough freedom move around during on-rails moments makes the whole thing feel dynamic, where other visual novels might look like picture books. This mix of artwork and dynamic shots is augmented by a wonderful soundtrack, by Kevin Penkin, Bafta-nominated and the composer behind Tower of God and Shield Hero, which help to lift the game off the screen and give the characters in Necrobarista more soul than you’d expect for a visual novel.

No matter how good a piece of fiction looks, writing is key and Necrobarista leans heavily towards the narrative side of this genre. The story of an odd barista and cafe owner, her ex-boss, and a hyper genius child play, who builds semi-sentient battling robots out of garbage, takes centre stage in this written adventure. While other visual novels feature a ton of very overused character ropes, these are largely left for dead here, along with the gameplay elements that you might expect. The maze of distinct routes, puzzles, and niche mechanics to make the entire experience stand out are just killed off in Necrobarista. Instead, Necrobarista relies on fantastic presentation and the quality of its writing to usher players through. Character’s like Maddy and Chay are largely unknown to me in this genre of gaming. It, again, takes an odball approach that is more akin to manga than a visual novel, lending a freshness to the experience. Focusing on great character development also makes getting into The Terminal an easy opening. Players can click through much of the opening dialogue, where you’ll find the central cast holed up during pivotal plot point, then an opening theme song, which the game comes back around to later. Beyond the click to progress moments in Necrobarista, players have an opportunity to explore The terminal and its ground between acts, uncovering tales that delve into the lives of the cast and cafe customers. 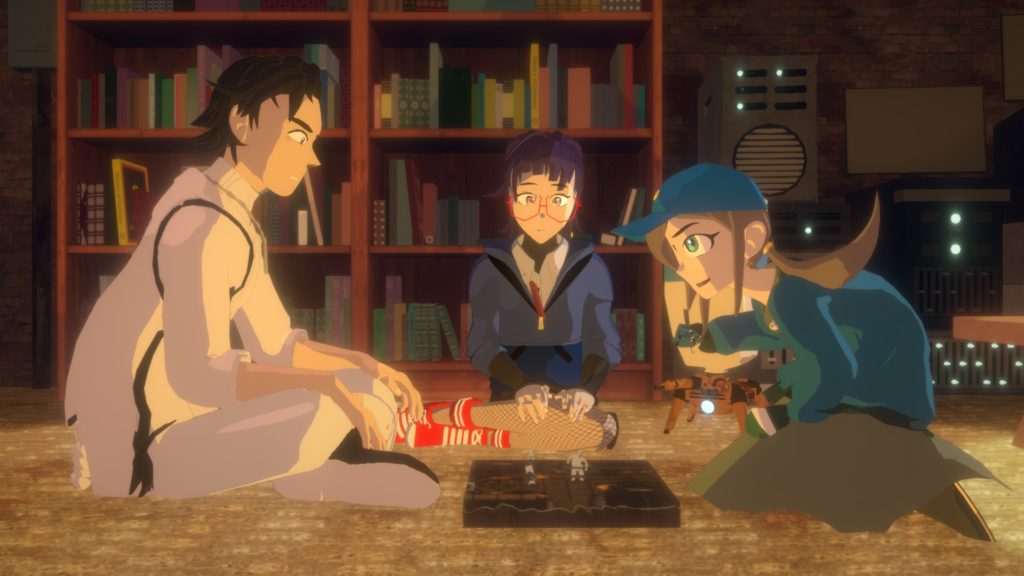 The writing between these more linear moments and full 3D interludes can vary, with the poignancy of any additional exploratory lore varying from incredibly touching to uninteresting. That said, wandering The Terminal and stumbling across any information related to the central cast usually rewards players with a wonderful character piece, full of the same snappy character dialogue that makes up the core of this title. The heart of Necrobarista is set in its core cast. Maddy, Chay, and Ashley make the entire game feel alive. Hell, the character writing that goes into other interactions in the core story is utterly enthralling. From the sarcastic know it all attitude of Maddy that acts as a paper-thin cover for her own issues to the ancient and seemingly unflappable Chay, these characters are built up by snappy dialogue and witty banter but don’t ever turn out to be exactly who they appear to be. They are each flawed in their own deeply personal ways that make them more than just comic book protagonists. Across a short few hours you’ll get to understand these issues, probably relate to some of them, and invest in them as they each struggle to overcome their issues. As life and death both throw curve balls over the course of Necrobarista, their growth and warmth as an ensemble allow an off the wall setting and some wonderful presentation to play host to some oddly relatable situations and people. If you’ve ever watched Evangelion and understood that it is, at its core, about loneliness then you will absolutely get something from Necrobarista.

Necrobarista is ultimately a tale about life, limitations, and letting go. That might sound a little obvious for a tale about a cafe that hosts lost souls for the night, but the way Necrobarista presents this tale is nothing short of stunning. Don’t misunderstand me, Necrobarista substitutes any real interaction for 3D animation and dynamic camera angles. If you want to choose your own adventure or replay this short interlude between life and death then you are probably out of luck. If you expect something even as interactive as the excellent VA-11 HALL-A, then find another bar. However, despite this Necrobarista is one of the best visual novels I have ever played and this dark and silky smooth blend of Otaku influenced story telling if worth a few hours of your time. Necrobarista is out now on PC, via Steam. 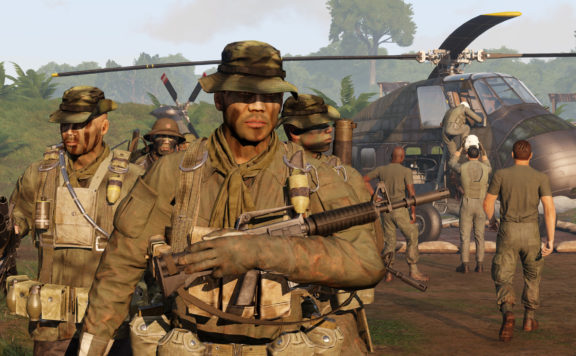 Necrobarista launched on PC, via Steam, last week. This stylish tale of coffee and death might instantly appeal to fans of VA-11 HALL-A or Coffee Talk but is it as good as it looks or just reanimating old ideas? Developed by Route 59, th...
0
Average User Rating
0 votes
Have Your Say!
Your Rating: 0
Submit
Write A Review