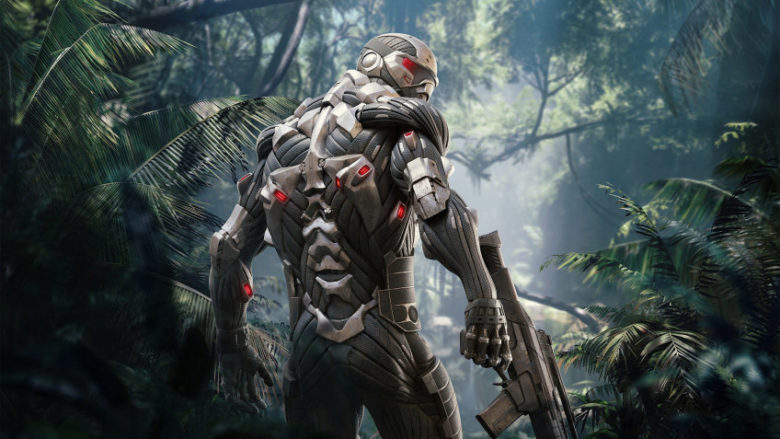 Summer heat brings more games to Nintendo Store. From Crysis Remastered to Mittelborg: City of Mages, this week has a fine selection of titles across various genres for different tastes. Head to the official Nintendo site to find out more or check out the list below for new Switch games:

Aircraft Evolution is an action game, where you have the task of destroying enemy bases by bombarding them with your aircraft.

Fight through 4 time periods, from the era of the First World War to futuristic battles.

Level up and evolve your aircraft from a wooden plane to a futuristic fighter. Then, refine it by increasing its armor, fuel, speed, firepower and much more. You upgrade as you go, but you can still try to take on a tank armed with plasma cannons using just a wooden plane!

Gerrrms is a party brawl game that puts you in the role of a microorganism fighting against its single-celled opponents.

Take part in the eternal battle of the microbes! Become one of the sneaky bacteria and tech your friends their place in line.

CARRION is a reverse horror game in which you assume the role of an amorphous creature of unknown origin. Stalk and consume those that imprisoned you to spread fear and panic throughout the facility. Grow and evolve as you tear down this prison and acquire more and more devastating abilities on the path to retribution.

Aeolis Tournament is a 3D party action game where up to 8 players compete in various game modes based on a simple one-button mechanic. Characters use an air cannon to control the power of the wind and affect their surroundings. It features physics-based gameplay, a tournament mode and local and online multiplayer play.

The classic first person shooter from Crytek is back with the action-packed gameplay, sandbox world, and thrilling epic battles you loved the first time around.

The team behind the hit party games YOU DON’T KNOW JACK, Fibbage, and Drawful presents Quiplash, the laugh-a-minute battle of wits and wittiness! Use your phone or tablet to answer simple prompts like “Something you’d be surprised to see a donkey do” or “The worst soup flavor: Cream of _____.”

No rules, no correct answers! Say whatever you want!

Your answer is pitted against another player’s answer in a head-to-head clash of cleverness and comedy (or just “Which answer is least stupid?”). Other players – and even an Audience of people waiting to get in the next game – then vote for their favorite answer.

Fibbage is the lying, bluffing, fib-till-you-win multiplayer trivia party game from the makers of YOU DON’T KNOW JACK! Play with 2-8 players! Fool your friends with your lies, avoid theirs, and find the (usually outrageous) truth. And get this: your phone or tablet is your controller!

Fool your opponents into thinking your bluff is true and you’ll rack up the points! But be careful, if you pick an opponent’s bluff, they’ll be doing a Fibbage fancy dance.

A medieval castle, now a luxury hotel holds secrets beyond the wildest imagination. For detective Bridget Brightstone of NYPD, this is a once-in-a-lifetime investigation!

Meet the ancient Egyptian cult in a search of almighty artifact, Marcus Antonius, King Arthur and many others who tried to kept this omni-powerful object hidden away from those who wanted to use its terrible powers for conquering the world and stop the evil from raising from its grave!


Tales from the Dragon Mountain: The Strix

Explore the mystical woods and mountains of Pozoj Creek and defeat the evil spirit called Strix!

Mina Lockheart’s dreams became unbearable nightmares. She dreamt about her grandmother Kate and their old family house being eaten by flames. One day, Mina decided to travel back to their family estate to make peace with her own memories and feelings of loss and loneliness.

But after she arrived, not even in her wildest dreams she could imagine what will happen and where the events will take her. What started as a simple trip of search for inner peace, turned out to be the greatest, unimaginable adventure of her life!

Hunt is a sandbox hunting simulator game where the goal is to hunt as many game in 15 minutes.

Pick the time to go hunting, If you hunt during the afternoon beware of the bears wandering around, they will attack you and if you are hunting during the night beware of wild attacking wolf packs.

Become a Detective Driver! Drive various Cars and Boats to investigate crimes, chase down the gang and save the City from corruption!

Begin your adventure on Vice Island today! Learn the details of a nefarious plot and use your driving skills to stop it getting out of hand! You will become a Detective, hired to investigate a crime that gets more elaborate with each new detail you learn.

To stop the criminals you will have to prove yourself as a master driver in a variety of cars. You’ll drive classic sports cars, SUV’s and tow huge boats in your 4×4 trucks… but that’s not all! When the time comes, you will have to switch to piloting speedboats, jet skis and huge yachts, with a different unique control scheme.

Mittelborg: City of Mages is a strategic adventure with elements of rogue-like and resource management. Mittelborg is the heart of this world and thousands of swords are aimed at it. Monsters, nomads, mercenaries, living deads and rebellious spirits — Chaos does not sleep and besieges the Universe. Collect resources, get ready for tempests, keep guards on the walls and mages at the towers. While lots of blood are spilt, remember what is at stake. It is better to shed a gallon of blood than lose a single leaf from the Tree of Order.

Rainswept takes you on an emotional adventure in a small town affected by a double shooting. Join Detective Stone and unravel entangled threads of love, relationships and unresolved trauma

Detective Michael Stone arrives in the small town of Pineview to assist the local police force with a seemingly simple case – A couple is found dead in their kitchen. The locals believe it to be a case of murder-suicide, their speculation fueled by rumors of the turbulent nature of the couple’s relationship.

Plug into the cyberpunk world of Dex, a 2D action-RPG with non-linear gameplay. Explore, fight, talk and hack through a neo-noir adventure!

You play as the mysterious blue-haired girl named Dex who is being hunted by a powerful and enigmatic organization for her unique abilities. Explore the misty, futuristic streets of Harbor Prime in this open-world dystopia. Unearth plots and intrigues, forge alliances and take the fight to your enemies on your quest to take down the system!

Drive over hilly tracks, collect stars, coins and pickups to upgrade your cars and get further! Also watch out for various obstacles!

You’re in the world of cubes now, buddy! A world with its own laws and customs. Choose your character and start solving puzzles!

Gameplay involves solving a wide range of puzzles, with something for everyone! First, you must move your characters into the given formation, then pass a test at the end of each level. Each level gets progressively harder, so you’ll have to keep your skills sharp. There’s only one finish line, and your goal is to get all your characters there, any way you can.

It’s up to you to decide how to solve these challenges — you have complete freedom! To complete your mission, you’ll have to employ logic and strategic thinking. Each level you complete earns you a new reward!

Written by
Catherine Daro
While growing up in the wilds of Russia, Catherine learned to talk, write and game at almost the same time. You can follow her attempts at latter two at MMORPG.com and GameSpace.
Previous ArticleStar Wars: The Old Republic Arrives on SteamNext ArticleDreamscaper to Land on Steam in August 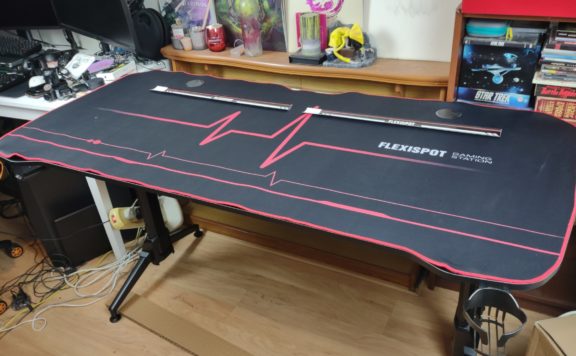