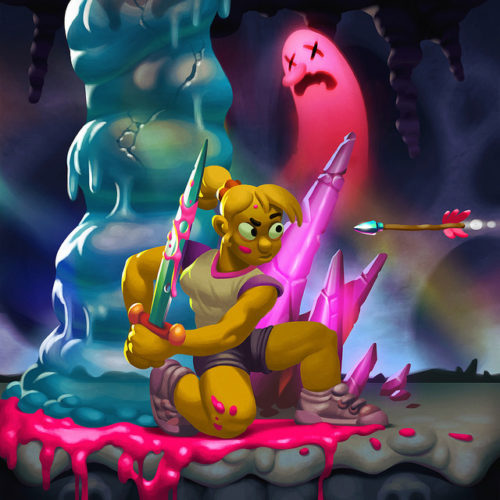 As the PS Blog tells us, Messhof created a brand new look for the action-platformer Nidhogg 2, sequel to the cult hit of yonder years ago. And now, they kind of look like barbarian Simpsons. Not that that’s a bad thing. It just might make the game even cooler. See for yourself in the blog.  Announced today, Nidhogg 2 releases on PC and PS4 on August 15.

When Kristy and I started thinking about Nidhogg 2, we looked back at our general to-do list from the original game. As always, there were a lot of items that had drifted from “Gotta hav this,” to “Wanna do this if we have time,” and on to “Can’t really do this, but man it would be cool.” Of everything on that list, a new animation process sat at the top.

I had been experimenting with 2D bone animation programs, which allow you to independently animate separate body parts instead of redrawing entire character sprites. This makes it infinitely easier to combine things like fencing footwork, various upper-body stances, and weapon types. Plus, it means you can swap out the sprites without breaking the animation.