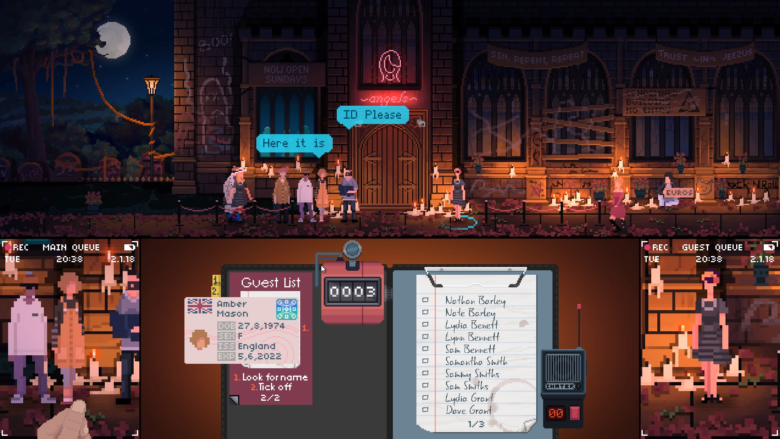 Descenders publisher No More Robots and British studio PanicBarn are excited to reveal Not Tonight, a politically-charged satirical game set in a dystopian Britain, where Brexit talks (short for “British Exit from the European Union”, is the prospective withdrawal of the United Kingdom (UK) from the European Union (EU)) have collapsed and an extreme far-right government has taken power.

The premise of the game is the citizens of European heritage have been rounded up and exiled. Forced out of your previous life, you, the player, find yourself in the midst of a frantic gig economy, manning the doors of pubs, clubs, festivals and parties, and fighting to scrape by and return to the city you call home.

Not Tonight is a post-Brexit management game, fusing a time-pressure RPG with a tale of dark humor where every decision matters. Will you join the resistance and fight the regime — or keep your head down and hope that one day this will all be a distant memory? Features include:

Work hard, and your payslips will be useful for upgrading your apartment, clothing and equipment, allowing you to prepare for anything the future of Brexit might throw at you. What lengths will you go to in order to survive in a Britain on the verge of collapse?

The game is due to launch on Steam soon and then later in the year on consoles (PS4, XBox One and Switch).

If your feeling randy you sign-up now for the beta by joining the Not Tonight Discord. Not Tonight is published by No More Robots, the British publishing label behind Descenders, and developed by PanicBarn.

In the meantime while you wait or if you’re just curious then check out the reveal trailer below:

Written by
Scott Jeslis
Scott is a comic book, music and gaming nerd since the late 70s. Gaming all began on the Colecovision and Atari 2600. He buys and reads new comics every Wednesday from his LCBS and helps run an online Heavy Metal radio station.
Previous ArticleDuelyst: Trials of Mythron Expansion Released!Next ArticleShots Online Golf Celebrates Worldwide Mobile Launch 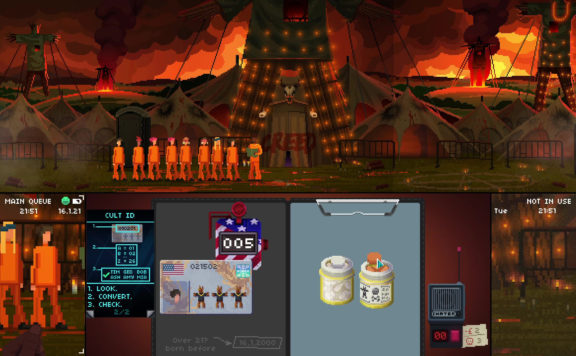