No Straight Roads, the rocking new music game from Metronomik, has a release date and a brand new collectors edition for fans of fun.

Sold Out and Metronomik has just dropped the release date for the upcoming musical adventure, No Straight roads. This action-adventure that pits Rock against the might of EDM will arrive on Playstation Store and the Epic Games Store on 30 June 2020. IN addition to the digital versions, No Straight Roads will bring a digital edition that seems appropriate for a battle of old vs new. The No Straight Roads collectors edition is incoming and includes an exclusive double-sided vinyl LP containing a selection of tracks from the game’s energetic OST, a 64-page ‘The Art of NSR’ artbook featuring never-before-seen artwork, and a set of official No Straight Roads drumsticks. 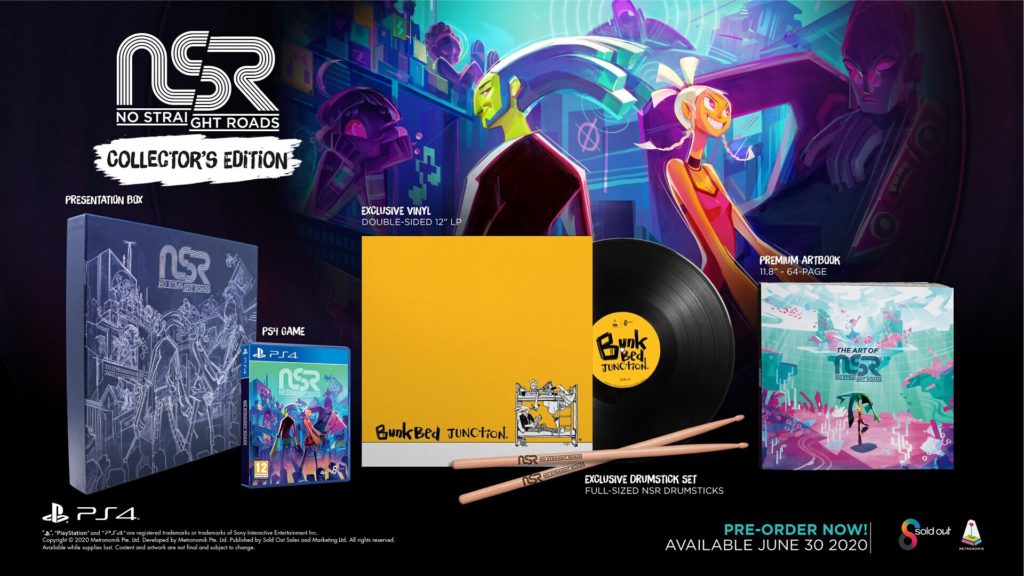 For anybody that didn’t catch my excitement for this at last year’s EGX Rezzed show. No Straight Roads comes from a studio with Final Fantasy XV’s Wan Hazmer at the helm and it looks pretty well, pretty. This adventure puts players in the shoes of an indie rock band in a fantasy future where the power of EDM has conquered all facets of life. As an underground resistance group, it is up to players to get gigs and generally try to save Vinyl City form the clutches of an EDM Empire. With so much in the world that is dark and gloomy, No Straight Roads isn’t going to fix all ills but it’s a refreshing and quirky action game in a serious time.

“No Straight Roads is unlike anything we’ve played before, it’s in-your-face, loud and a pretty crazy game,” said Sarah Hoeksma, Marketing Director at Sold Out Games. “With so much serious news in the world right now, we hope NSR’s quirkiness and originality can bring some much-needed fun and funky music to gamers out there.”

The digital versions of No Straight Roads can be pre-purchased on the Epic Games Store for £29.99 while the collector’s edition of this title can be pre-ordered on PlayStation 4 for £59.99/€69.99/$69.99 SRP. Grab your guitar, or don’t, and check out the killer soundtrack and trailer above. Then, head over to the official website for more details.

Written by
Ed Orr
For those of you who I’ve not met yet, my name is Ed. After an early indoctrination into PC gaming, years adrift on the unwashed internet, running a successful guild, and testing video games, I turned my hand to writing about them. Now, you will find me squawking across a multitude of sites and even getting to play games now and then
Previous ArticleWhy You Should Consider Mobile Gaming in 2020Next ArticleMy Friend Pedro Takes Aim At PS4 Next Week 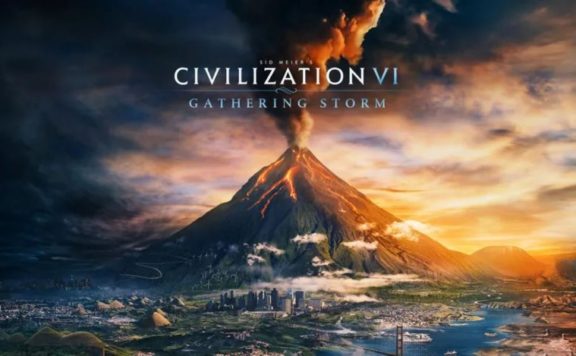