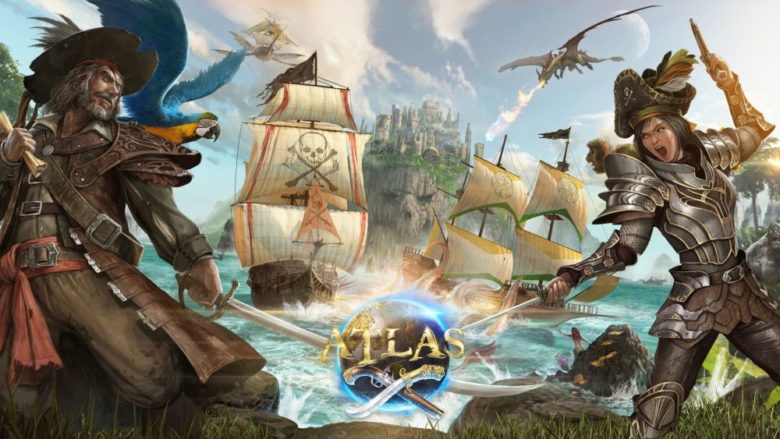 Gather round, children, for this is a tale of one man spending quite a lot of money to fix an issue. It is a tale steeped in hilarity, perceived wealth, and one absolutely awful video game. It is a tale where you will be introduced to a recurring phenomenon known as the Rule of Three and the mind boggling accuracy of its recurrence. It is a tale of how Atlas broke my PC.

Now, at the onset, no, Atlas didn’t actually break my PC. But it is an absolute garbage game in which I will stubbornly couch my argument.

In truth, these last three and half months have been hilarious. What I’m about to explain to you all might sound awful, but trust me, it’s absolutely hysterical to me. Just ask fellow MMORPG writer, Bradford (though he might tell you it’s funny for an entirely different reason).

It all started around December and the Atlas early access launch. At this point, everyone knows the game was utterly broken, hiding behind the, “but it’s early access!!” non-excuse that too many are so quick to peddle.

In a true showcase of brilliant optimization, I was running around the starting island punching trees at a truly blistering 40 fps in on my 2080 Ti. Whilst I was reveling in the PS2-era visuals as my framerate tanked into the mid-30s, my PC blue screened. This was the first in a long line of mishaps that were to come over the next three and a half months. 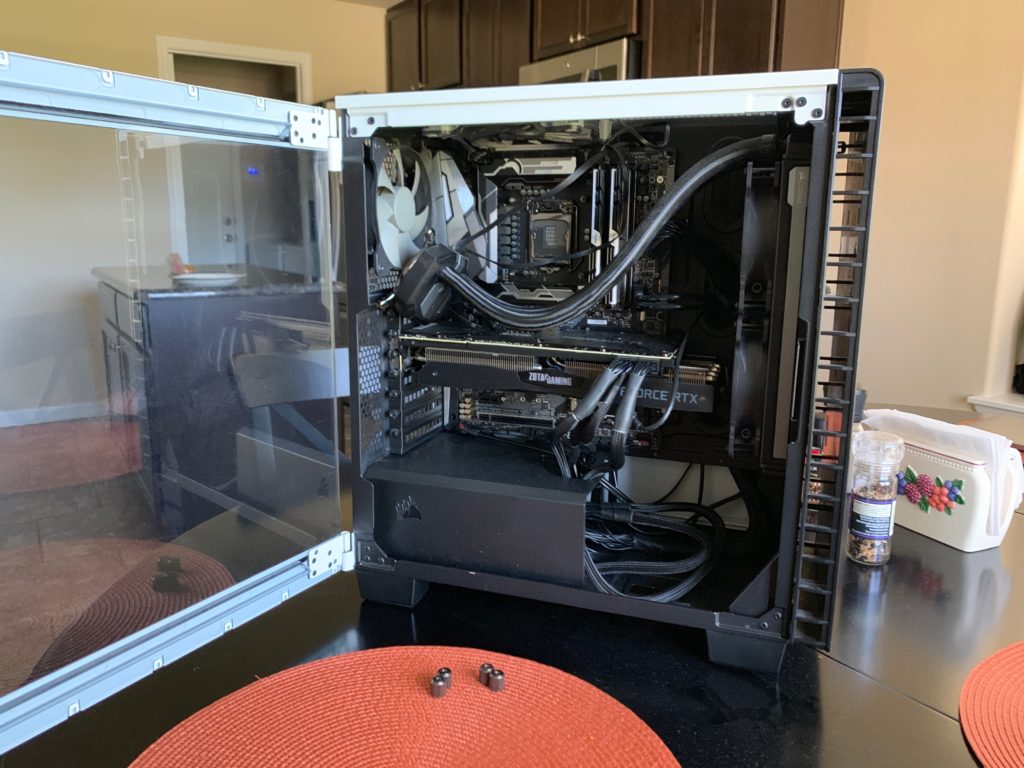 Now it is perhaps best I pause here and introduce you all to the Rule of Three. You see, amongst our Tawdry Ballz crew, the original three “members” (for lack of a better term) were Bradford, our friend Brian, and myself.

The Rule of Three, as I later named it, has always existed in one form or another since the three of us became friends back in 2012. She only came to the fore about four and half years ago in mid 2014 and has become a permanent fixture ever since.

You may have noticed that I referred to the Rule of Three with the feminine pronoun, “she.” That’s because the Rule acts with the unbridled vengeance akin to The Bride character in Kill Bill. Pure, unadulterated, untainted violence. 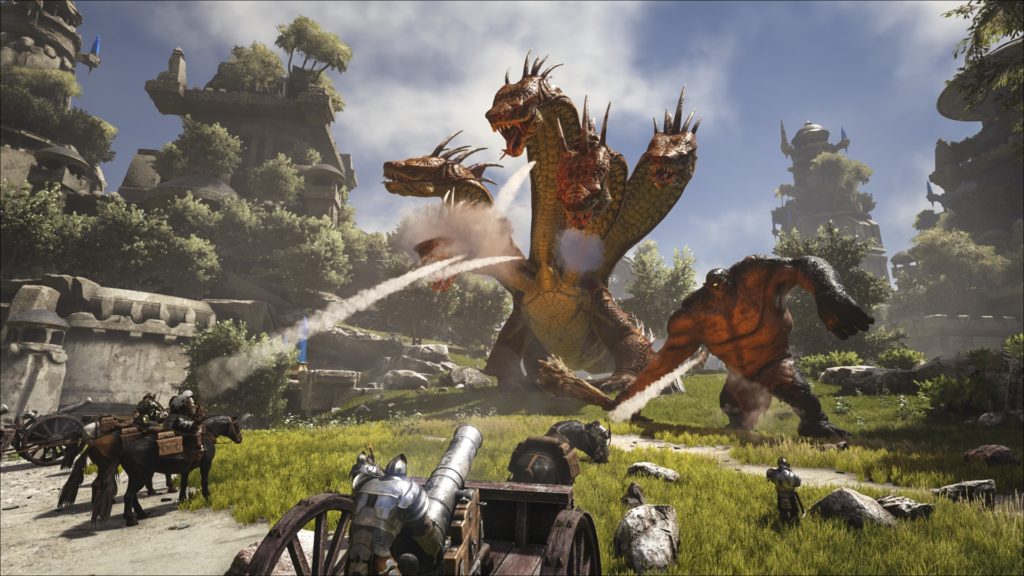 The phenomenon is best explained thusly. Amongst us three, there is usually a set unspoken law governing our behavior and general luck. At any given moment in time, one of us is very lucky and everything goes perfectly well for him. In that moment, nothing wrong can ever happen. This is the Tier of Bliss, also sometimes known as the Tier of Smug.

In the next tier down, the second amongst us three experiences minor issues. For example, his internet may go down briefly. This tier encounters some issues, but nothing major. It’s more of a mild inconvenience. This is the Tier of Nag.

The third tier is far, far worse. We now enter the realm of utter catastrophe where Murphy’s Law takes hold. Anything that can go wrong does go wrong, and does so with aplomb. A save file may be deleted, persistent audio issues may plague the victim for literal years, or his motherboard may refuse to post. This is the Tier of Hate. To quote Boromir, “There is evil there that does not sleep.”

Moreover, whenever either Bradford or I enter the Tier of Hate, thus momentarily allowing Brian brief respite in either of the other two tiers, the Rule rebounds with greater vengeance and fury upon Brian, lashing out in rage because Her normal order was upset. Brian’s suffering is truly worthy of several Shakespearean tragedies (keep this in mind as it become very important later in this tale.)

Finally, a recent discovery was made regarding the Rule of Three. On a phone call with Bradford, I came to the realization that the Tier of Hate affects each of us proportionate to the perception of that person. 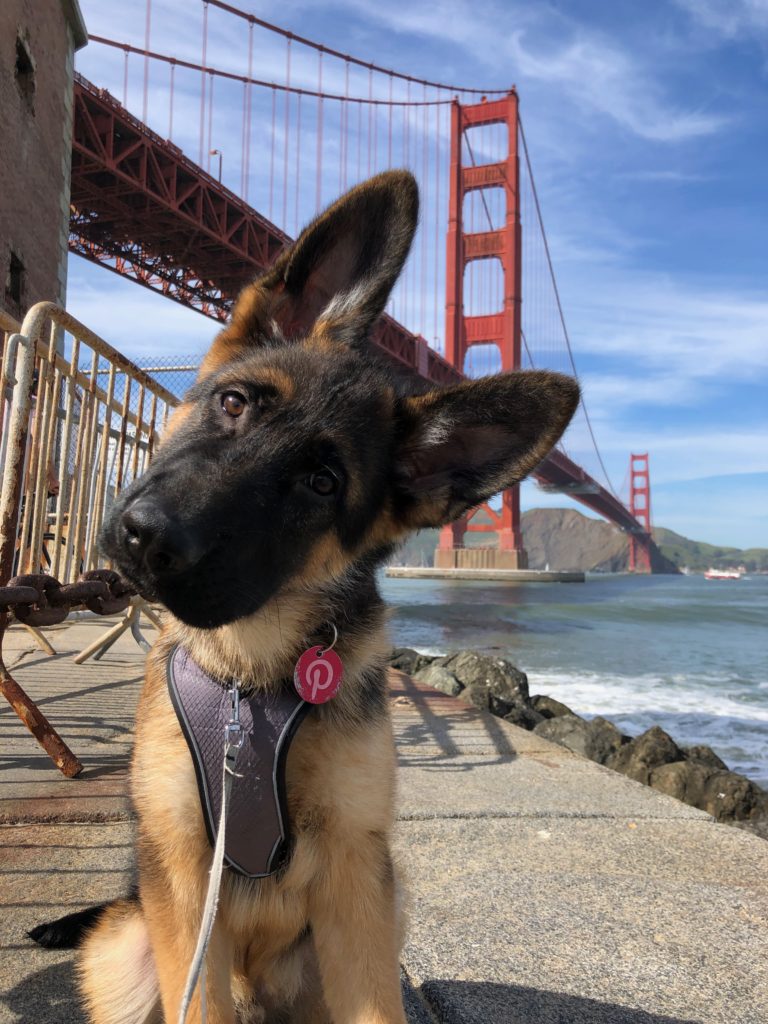 This has nothing to do with this article. But it’s a cute pic of my brother’s pup, Roosevelt.

Got all that? I know it was a lot, but it’s here we re-enter the tale of my broken PC.

My PC BSOD with Atlas and I thought it was perhaps a power supply issue. After all, past experience has proven that. So the next day, I went to Fry’s and grabbed a new 750 W 80+ Gold PSU, plugged everything in, and was on my way.

However, the issues didn’t stop. A few days later, it happened again. This time, I thought it was my GPU. Around this time, there were stories about RTX cards getting bricked and requiring RMA. Ok, no problem. I had a spare GPU in the RTX 2070 provided by Asus for review I could use in the meantime.

And so, I sent my 2080 Ti off to Zotac for RMA. A few weeks later, I received a new one. Yet in the intervening time, the issues had jumped from Atlas to Assassin’s Creed Odyssey. The game would just freeze and CTD randomly. Looking in the Windows Event Viewer suggested a different problem, perhaps related to RAM. 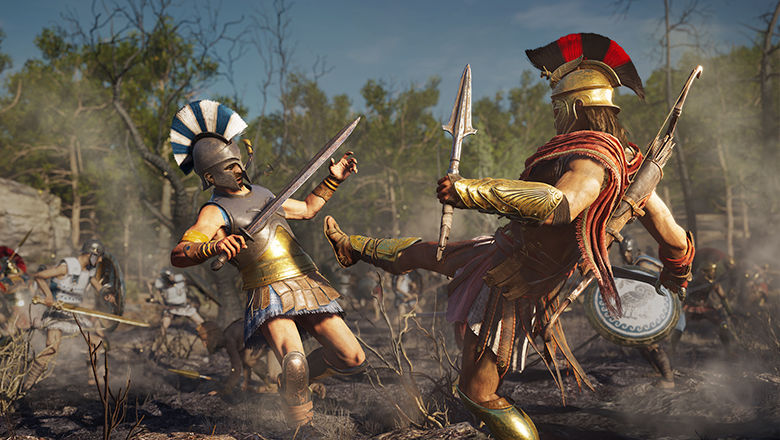 Ok, not a problem. I had run memtest a bunch of times, and each run came back clean. To be safe, however, I purchased new RAM. RAM prices had come down. The new RAM arrived, and still the issues persisted.

It was now April. This time, it was Steam giving me Disk Write Errors. Now thinking this was an SSD failure, I ran stress tests on my SSD. They all came back clean. However, again, to be safe, I went out to Fry’s and grabbed a new 1 TB Samsung 860 EVO.

I installed Windows, installed all mobo, chipset, and graphics drivers, and attempted to download The Division 2. Things went fine for about three minutes before disk usage spiked mid-download, my OS came to a crawl, and then BSOD.

My event log was filled with Master File Table errors. For those of you unfamiliar with this error, it’s pretty bad you guys. The MFT is essentially a database in which all info about literally every file is stored on an NTFS formatted drive. If something is wrong with this, you’re boned.

After two more Windows installs, I received the same errors. At this point, I took my PC to Fry’s. This was just last Wednesday. 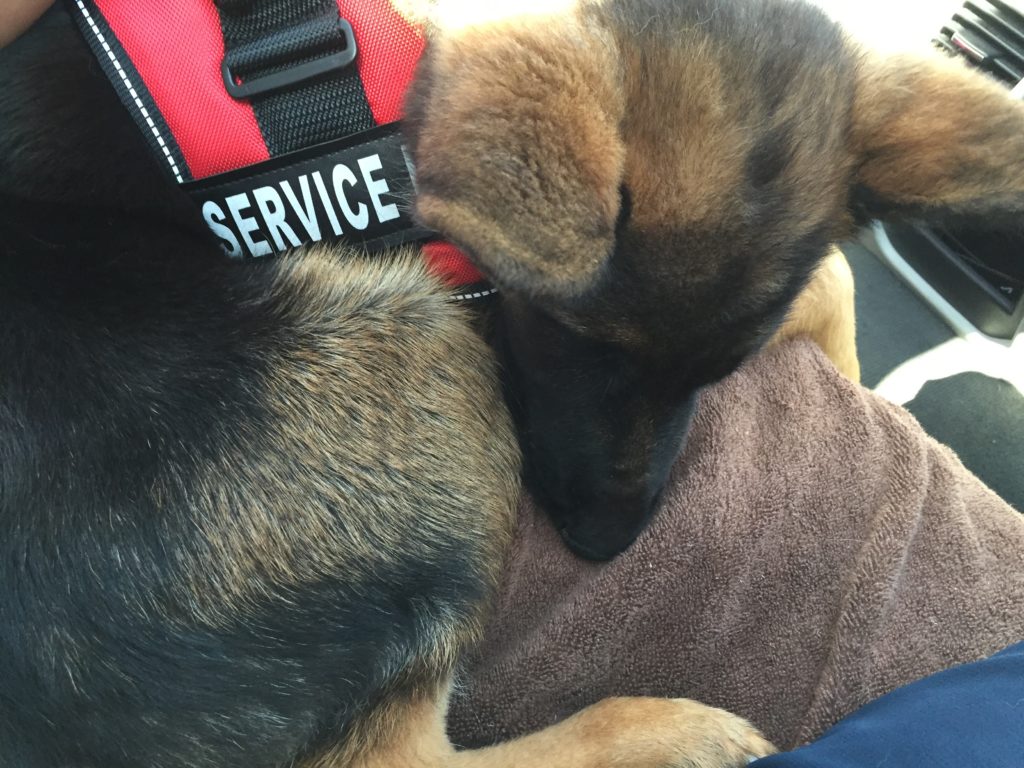 Another pic of Roosevelt. He’s napping.

The good people at Fry’s told me everything was perfectly fine with my PC…except my CPU. It was boned. I couldn’t stop laughing. The one component I thought was fine ended up being the source of all these issues. After speaking with Intel, I received a refund and am awaiting my new CPU.

Remember that bit I spoke of earlier about the Rule affecting us proportionate to that person’s perception amongst others? Yeah. Bradford and I calculated I spent roughly $2000 on this issue. When we came to this realization, I just laughed and laughed.

A broken CPU sounds horrible to most people, but I can’t help but find it ludicrously hilarious. I don’t know why, but it’s just so damn funny to me. But it’s here where I get serious for a moment and ask that we all turn our thoughts to Brian.

I will now conclude this epic tale by asking everyone to take part in a brief moment of silence for my soon-to-be-doomed colleague.

Written by
Poorna Shankar
A highly opinionated avid PC gamer, Poorna blindly panics with his friends in various multiplayer games, much to the detriment of his team. Constantly questioning industry practices and a passion for technological progress drive his love for the video game industry. He pulls no punches and tells it like he sees it. He runs a podcast, Gaming The Industry, with fellow writer, Joseph Bradford, discussing industry practices and their effects on consumers.
Previous ArticleStar Wars Jedi: Fallen Order is a Single-Player Game With No MicrotransactionsNext ArticlePRESS RELEASE: Secretlab announces Dark Knight-edition gaming chairs 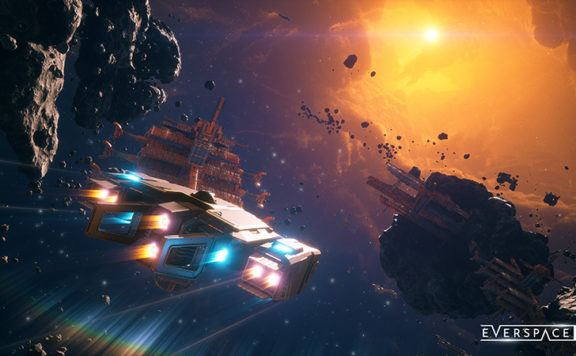 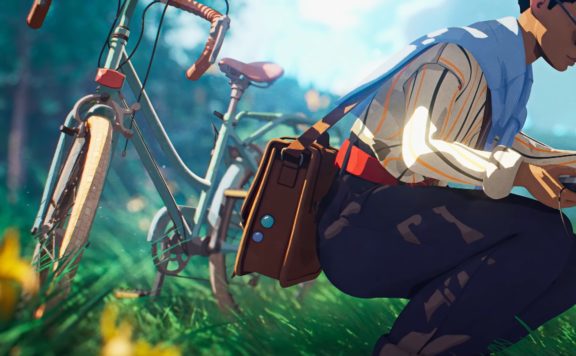 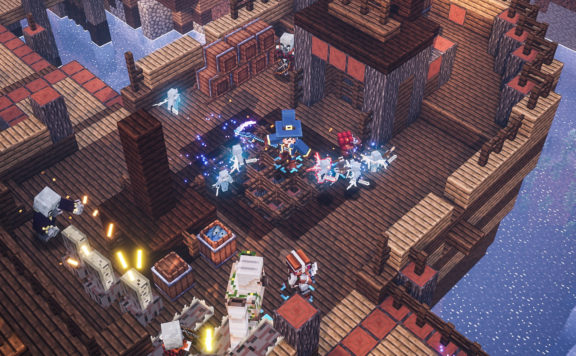