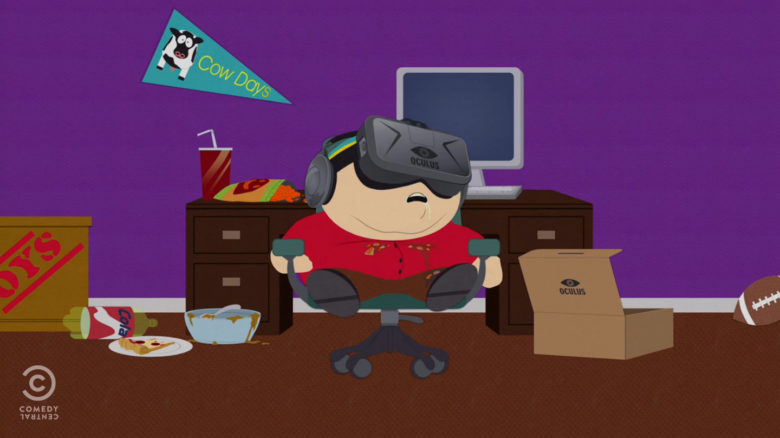 I’m not a newcomer to VR. I first tried out this tech in May 2016 when the Oculus Rift and HTC Vive hye was reaching its zenith. It was a series of experiences distilled into a roughly 13 minute demo consisting of standing on the deck of a sunken ship, Space Pirate Trainer, and the like.

However, in that short time, it turned me into a believer. Later that year at PAX West,  my friends and I got the chance to try even more. PAX West 2016 was essentially the VR PAX. Seemingly everyone had some VR experience, and I made sure to try my fill.

I honestly loved it. I came away enjoying the HTC Vive experience more than the Oculus for one simple reason. At the time, the Vive offered true room scale with bespoke intuitive controllers, whereas the Oculus did not.

Since PAX West 2016, I’ve always intended on buying a Vive, purely for Elite Dangerous. However, like most people, the asking price of $800 was simply too expensive. So I waited. Last weekend, however, was my birthday. The Vive’s price had come down to $500. I had Saitek X52 Pros I used for Elite Dangerous. And I now owned a house. It seemed like now was a great time to finally buy myself a Vive. 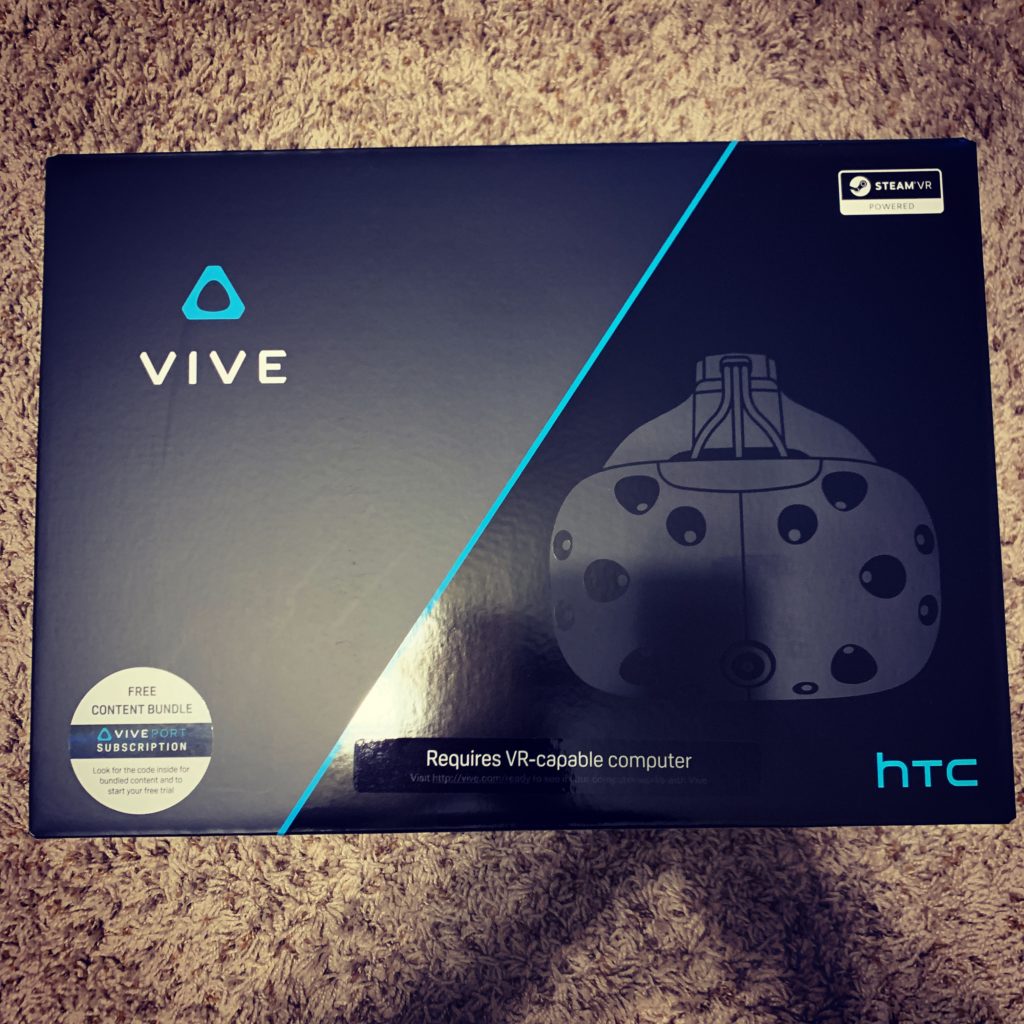 In short, it’s the best $500 I’ve ever spent. After a relatively easy install mounting the base stations to my wall with my dad, I was getting the Vive and play area set up in no time. Shortly after, I was thrust into the SteamVR lobby.

I was no longer in my room. I was in another world. Mind you, the SteamVR lobby isn’t even a game, rather, a virtual lobby from which you can select the apps you want to launch, or simply just tinker around. And that’s exactly what I did. 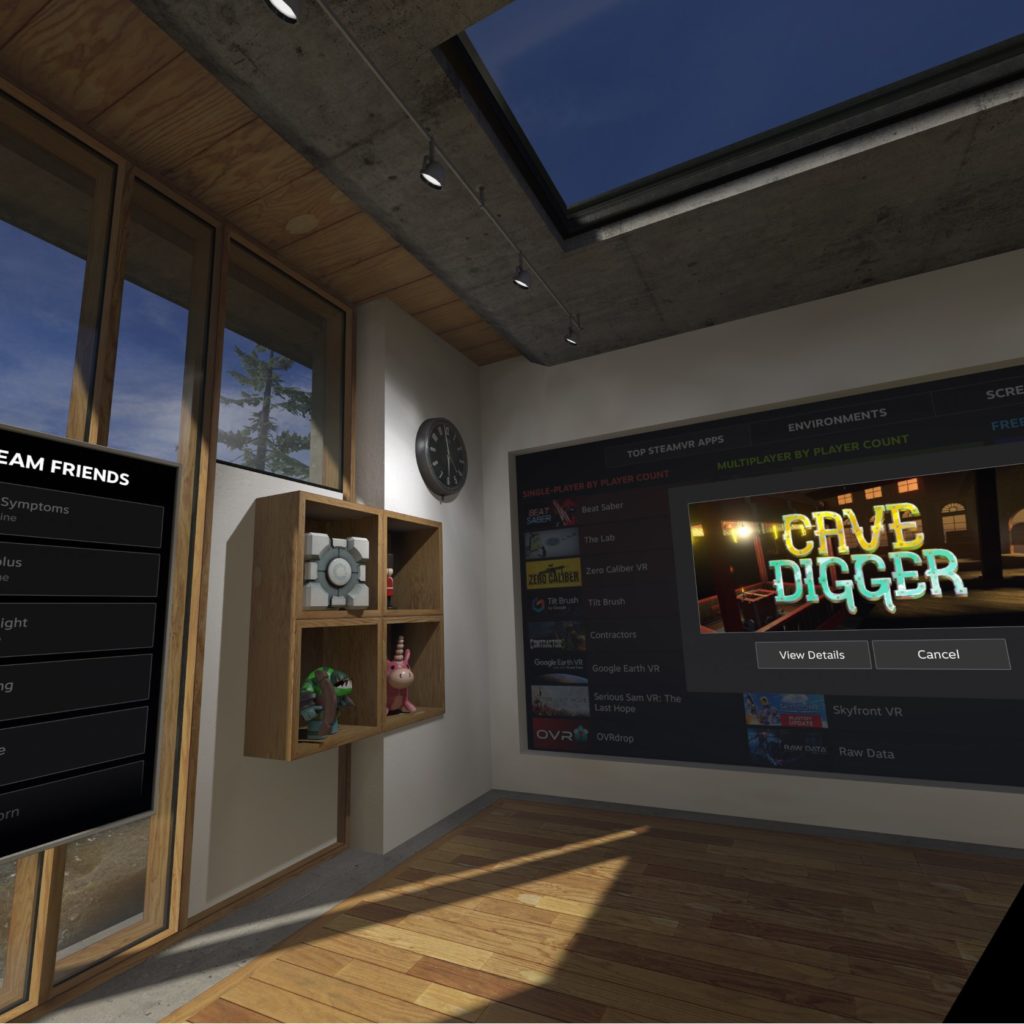 Some of you have probably tried VR by now. Some of you may enjoy it, some may get motion sick, others still may see it as a gimmick. I see it for what I’ve always hoped it would be: a completely new window through which to experience new worlds.

And my god. It delivers.

I quickly set up my Saiteks for maximum control, turned on my Vive, and launched Elite Dangerous. Immediately, I was in my cockpit. I could see my hands on the controls. The space station was all around me. Looking left and right opened my panels. Looking behind, I saw the rest of my cabin. It was truly a transformative experience. 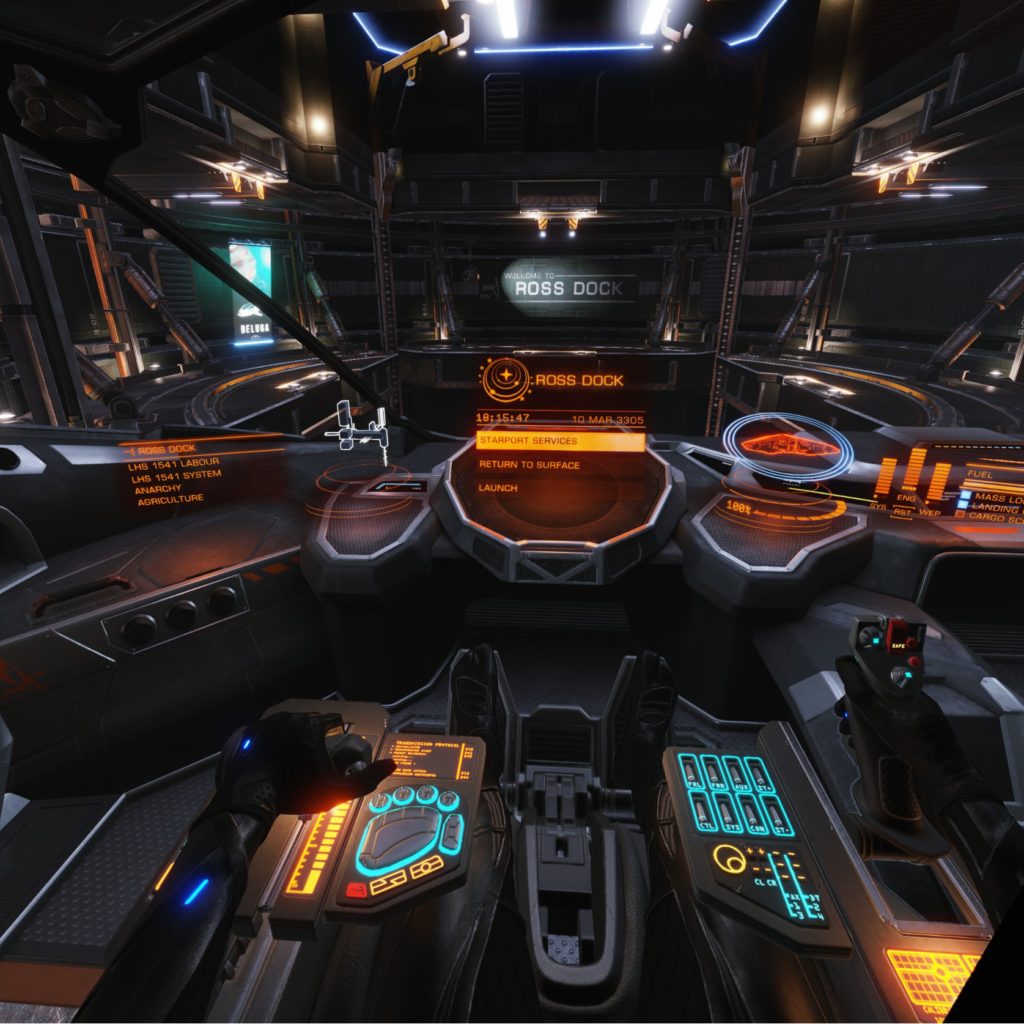 Launching out of the space station was no less impressive. The planet I was orbiting loomed in front of me. What immediately struck me was the sheer scale of everything. Everything was much larger — as it should be in a game which takes place in a 1:1 scale of the Milky Way. I felt insignificantly small as I looked out to see the distant star and planets and space station I had just departed.

In this instant, I knew I could never play Elite Dangerous on my monitor ever again. A two dimensional plane like your monitor simply fails to convey the sheer scale and scope of a game like Elite Dangerous.

A TV or monitor attempts to bring the world to you. VR brought me into the world. And that makes all the difference in the world. 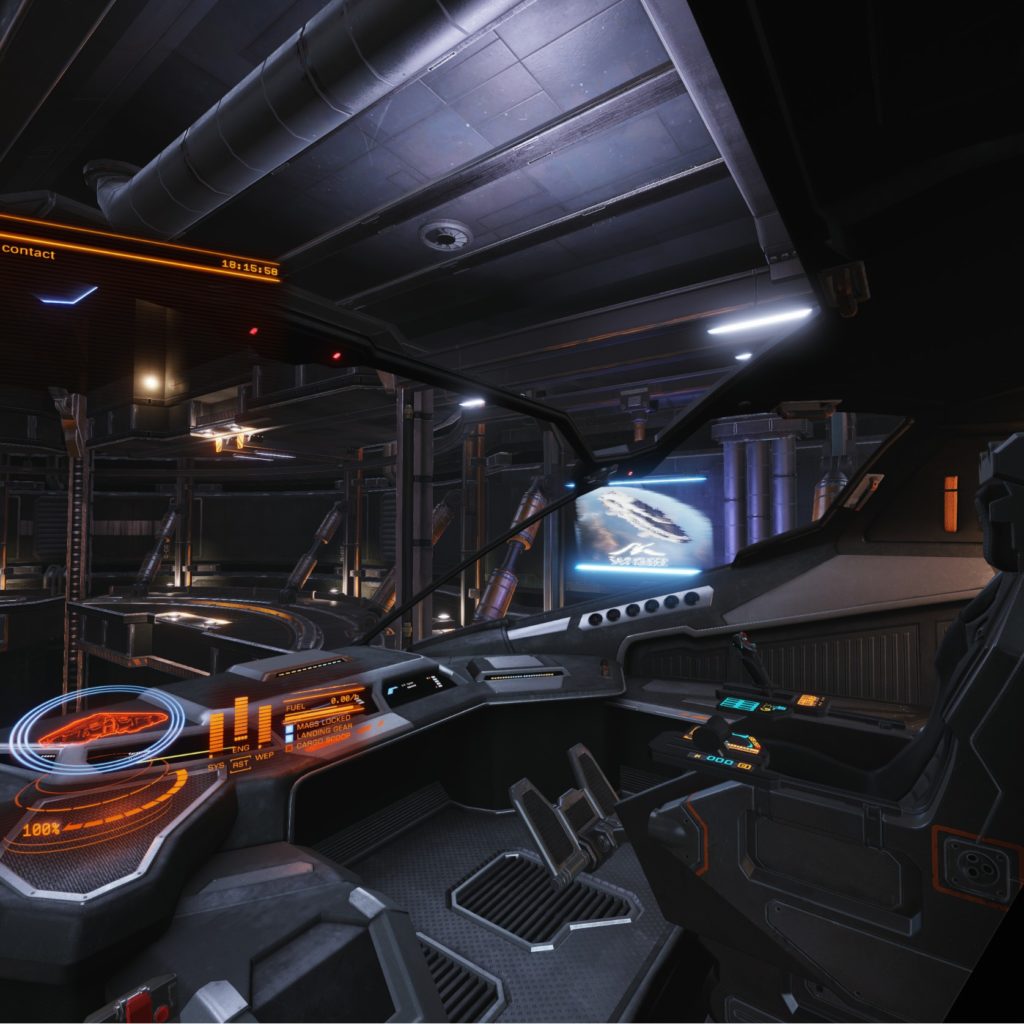 The one thing I wanted to do most was to show this technology to my parents, and particularly my dad. My dad has only recently got into gaming and he loves flight sims. In fact, I bought him a GTX 1060 for Christmas and he loves it.

My parents have never tried VR before. I first showed my mom and brought her to the SteamVR lobby. Nothing intense. I wanted her to simply experience a world without the pressures of a game. After some initial weariness, it clicked. She was walking around, holding out her arm as the butterflies landed on her outstretched controller. She was completely immersed.

I next showed my dad. He, too, was completely immersed. Just look at the smile on his face. 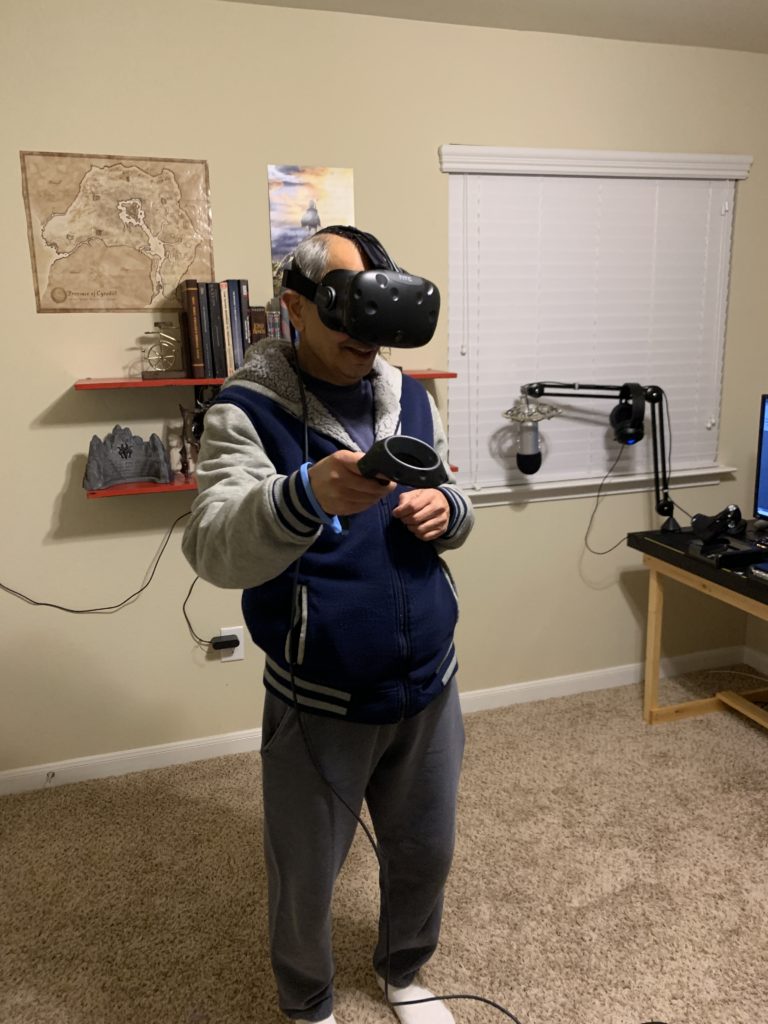 Next, I had him sit down as I showed him Elite Dangerous. I handled the flight. I simply wanted him to experience true immersion in a flight game and feel truly free. I took him out of the space station, flew around a bit, and paused to look at the space station and planets. I then flew back and landed.

My dad was floored. He kept looking around him, taking in the interior of the cockpit, the space station beyond, and the planets beyond that. For those few minutes, he was in that ship. He was in space. He was truly free.

My dad came from poverty and made an amazing life for me and my brother. I could never imagine doing even one tenth of what he’s accomplished. So for my dad to experience something so immersive and so freeing as flight in VR and come away feeling so happy does nothing but prove to me the true power of VR.

My dad’s reaction was completely worth every penny I spent on the Vive.

And I think this more than anything else is the true power of VR. It’s not a gimmick. My dad’s sense of freedom and immersion was not gimmicky. It was well and truly real. The applications for VR extend far beyond games. But in my experience judging by my parent’s reactions, the impact VR has is truly astonishing.

Written by
Poorna Shankar
A highly opinionated avid PC gamer, Poorna blindly panics with his friends in various multiplayer games, much to the detriment of his team. Constantly questioning industry practices and a passion for technological progress drive his love for the video game industry. He pulls no punches and tells it like he sees it. He runs a podcast, Gaming The Industry, with fellow writer, Joseph Bradford, discussing industry practices and their effects on consumers.
Previous ArticleAnthem Patch 1.0.3 Patch NotesNext ArticleLowain Joins Granblue Fantasy Versus In New Trailer 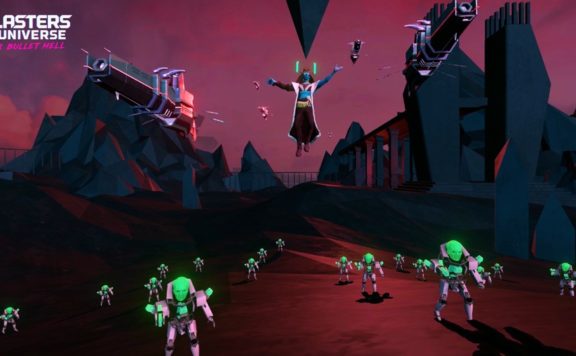 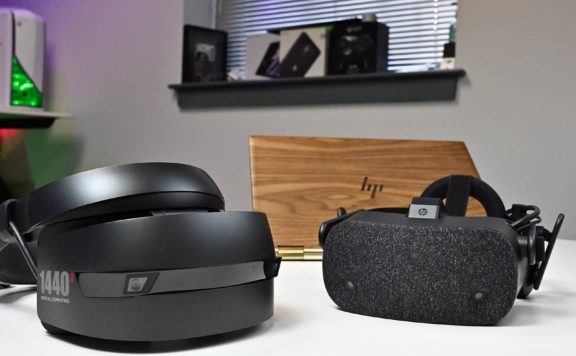 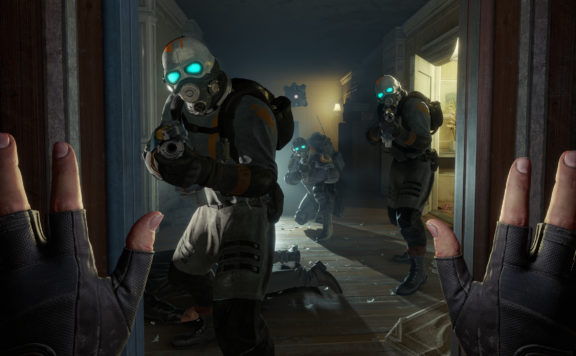 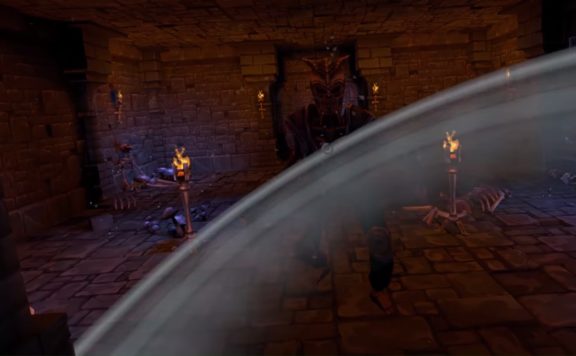