At EGX Rezzed 2019 we tried out Kids and it’s taken barely two months from that hands-on for the decidedly different title to launch on iOS, PC, and Android. This is our attempt at a review.

Double Fine’s latest is an experimental project, from lead animator Michael Frei and game designer Mario von Rickenbach. The game follows on from their award-winning animated short film and short game Plug & Play. This unique take on sexuality, reproduction, and love certainly sets the tone for Kids. Visually Kids does not push any envelopes. It seems less concerned with creating a visual symphony, instead ensuring that the central themes that are explored are not overwhelmed by any distractions. The intent seems to be to give the player space to stop and think as a wave of faceless monochromatic figures float across the opening title for Kids. This follows a similar sort of inked animation that follows on from the precedent set in Plug & Play. 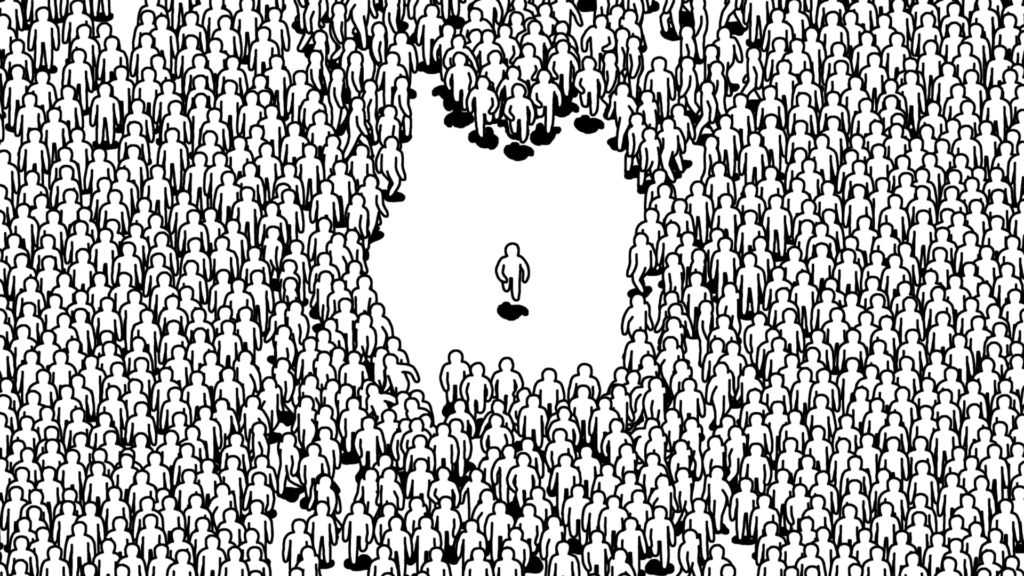 It quickly becomes clear that Kids is not a traditional game. When I first got my hands on this title I described it as an art installation. Framed by the cute platformers and roguelikes of the Rezzed indie scene, it baffled more than a few people. It has taken me this long just to form something approaching a review.

Picking up an iPad, Kids essentially has one control. Tapping on a mobile screen, or clicking with a mouse provokes a response. As figures drop down the screen this action slows them to a crawl. When packs of individuals crowd around a black hole a simple click incites the masses to fling themselves into the void. Generally, this control system continues throughout. This simplicity focuses the mind on the gameplay and narrative intent.

While this makes Kids very easy to play, it doesn’t make it any easier to play. While interacting with the game is a click and swipe operation, the lack of a traditional goal or fail state makes Kids a difficult proposition for most gamers to get their head around. A good comparison is a game like Gorogoa. This gorgeous narrative puzzle adventure had a similarly constricted point and click system with little instruction, yet the narrative pulled the player through. 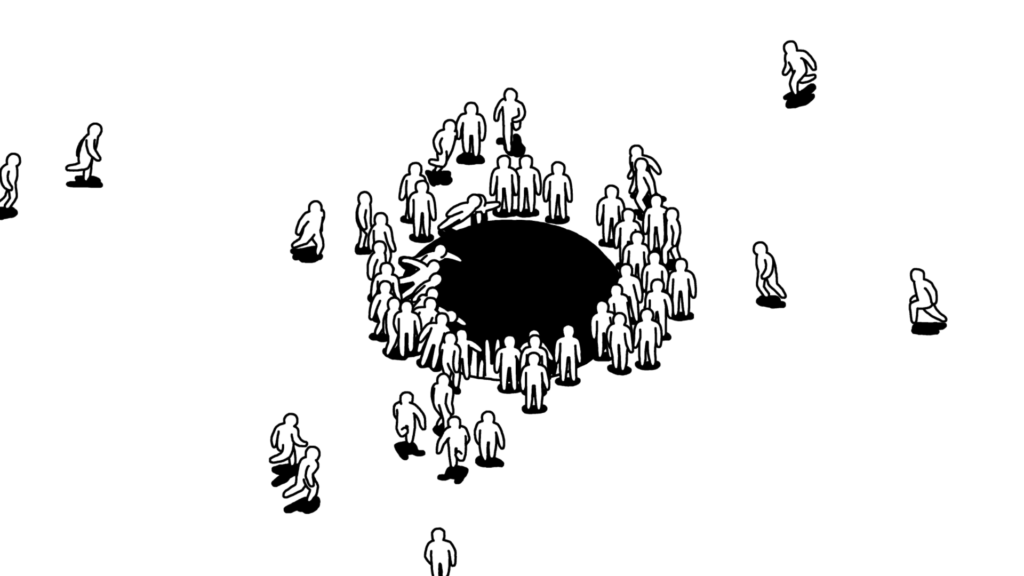 Kids, however, relies on players keeping up with the visual cues and themes that it is exploring. As players move their blank protagonist across an open space, waves of other duplicates come crashing in. Players can choose to push against the crowd or follow the torrent of limbs that push against them. This sort of theme is present throughout the next 20 minutes of gameplay and generally drives home the idea that following the crowd is fast and easy.

The exploration of individual identity and the effect of the crowd on choice is admirable. It’s an interesting idea and, at least to some extent, I really have to give Frei and Rickenbach credit for trying something so utterly different. Whether this works as a video game is down to the individual, and the reason I described it as an installation. kids is a highly subjective experience and I feel that its biggest issue is not the unusual approach or the exploration of these themes but the veracity with which it hammers home this idea. Over the 20 minutes that the game took to complete I was presented with t a number of iterations on the same theme. There are some settings and presentations that potentially present other issues, but not so much that you forget the central theme. This is the only time I will argue that a 20 or 30minute game is too long.

Kids is utterly unique and a challenging experience, just not in the way that Doom’s Nightmare mode will. Kids is out now on iOS, Android, and PC. You can find out more about the team behind this creation over at the official Kids website. 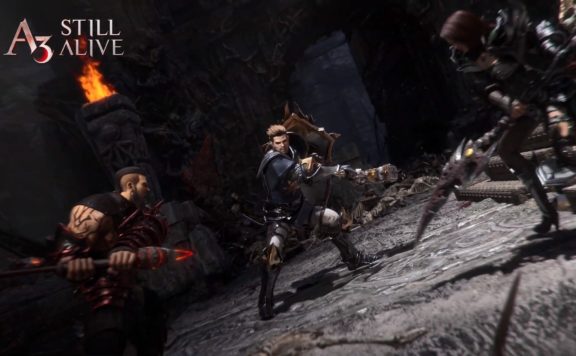 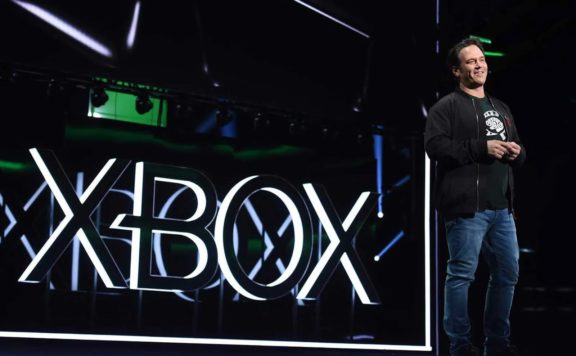 At EGX Rezzed 2019 we tried out Kids and it’s taken barely two months from that hands-on for the decidedly different title to launch on iOS, PC, and Android. This is our attempt at a review. Double Fine’s latest is an experimental projec...
3
Average User Rating
2 votes
Have Your Say!
Your Rating: 0
Submit
Write A Review