Within this article, we will be taking a close look at Gray Dawn by Interactive Stone for PC. The self-described “psychological thriller with religious elements” is a bit in my wheelhouse, mainly because of the latter part of that statement. Any time I have the opportunity to talk about games that include religious content, I have tried to be clear when writing for GameSpace that I am approaching the review and content as a pastor.

With all of this in mind, as we dive into our review of Gray Dawn, I need to give a huge disclaimer. This is likely going to be a review with a heavy theological breakdown. If you’re not into that kind of thing, I will try to separate sections with headers. However, if you just want the short version of what you can expect, you can scroll down to my synopsis, score, and pros/cons. What I am about to share within this review does not represent the beliefs and views of GameSpace, but they are my own and, hopefully you will find, highly relevant to the subject matter of the review title in question.

Strap in, we have a lot of ground to cover. 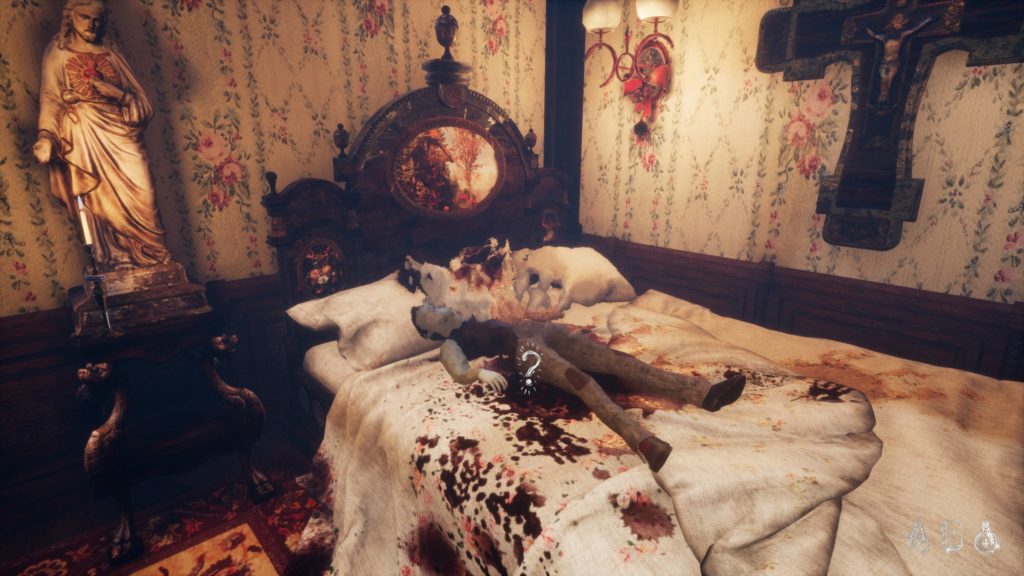 Gray Dawn takes place in a small, remote English village in the 1920s. It is here that Father Abraham Markus presides as a local parish priest and orphanage volunteer. After the mysterious demonic possessions and subsequent deaths of eight local children – including a faithful young altar boy named David, people begin to call into question the innocence of Father Abraham.

Taking a first-person perspective, you will gather clues and solve puzzles around the abbey and beyond. It is up to you to step into the vestments of the Father to piece together the truth of what is going on. But there is a hitch: this priest has secrets, guilt, and shame… and there is an accuser reminding him of this every step of the way.

This is where the psychological thriller elements come into play. Certain events will trigger disparaging, demonic voices and hallucinations in Father Abraham. He is not only haunted by the things that he has done but the supernaturally evil things that he has seen. There are moments when it is difficult to sort out which is hellish torment, which is reality, and what is the truth. While it is devoid of the jump scares that one might associate with horror games, there is a lingering feeling of dread as you traverse grotesque and gory scenes within the darkness. 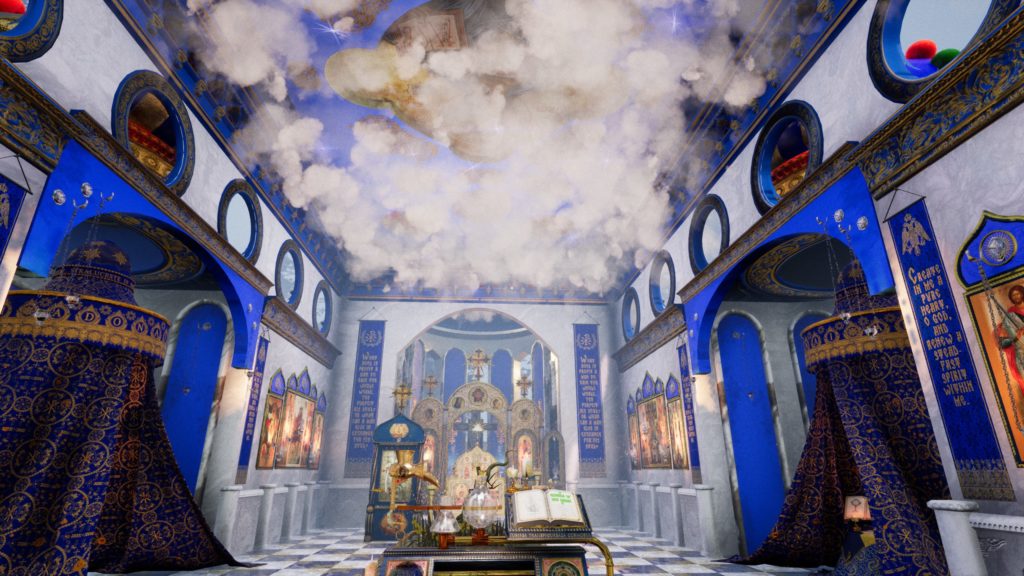 While these moments get exceptionally dark, there is more than darkness and condemnation. The spirit of young David guides Father Abraham on a journey of confession and redemption, reminding him of God’s grace while providing respite for his soul in the midst of the torment. The juxtaposition between these two elements is stunning but almost jarring at times. While the dark moments are as mentioned – exceptionally dark, there is a beauty found in these other spaces.

While progressing through these lighter moments, David has a game for you: scattered throughout Gray Dawn are eight portraits of the saints that he would like you to find. It isn’t clear what collecting their portraits will actually do. I did make a point of finding them all before completing the game. While each section gives you an indication of how many are scattered about that area, if you do happen to miss one, there is no way to travel back into that area to retrieve them.

The puzzles within Gray Dawn are fairly simple, providing a medium to share iconography of both the religious and the mystical. While Gray Dawn’s major focus seems to be on Catholic imagery, there is a mixture of icons from eastern religions as well. For example, while attempting to ward off the demons of unbaptized children, Father Abraham consults a book on eastern rituals for exorcism and alchemical practices. Each of these had their own mini-game associated with them. While most of the puzzles were engaging, they often felt like an obstacle to getting over to move the story along.

And this is where we need to shift gears. 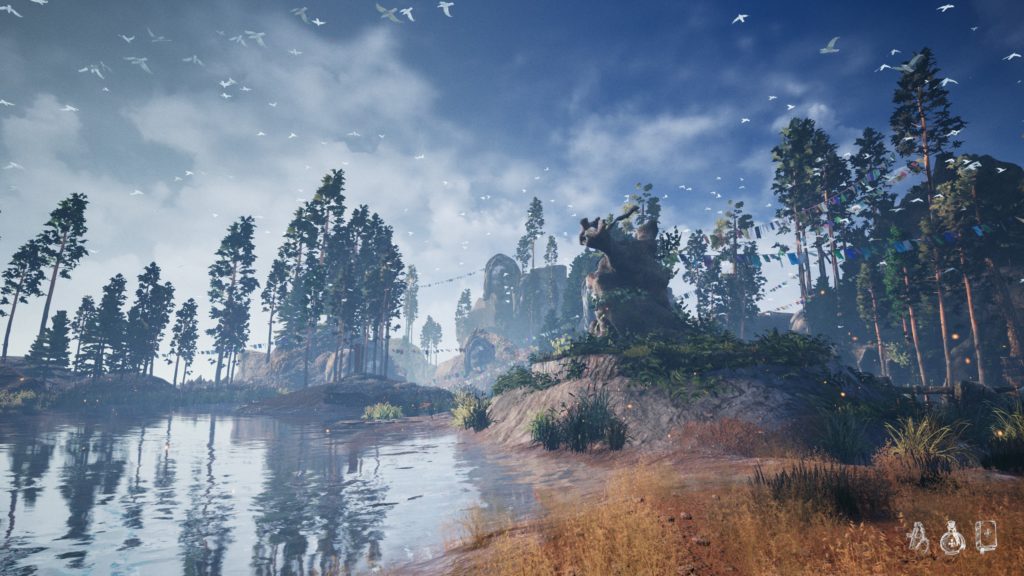 Exploring The Theology of Gray Dawn:

I am not typically a fan of the horror genre; not in movies or in games. It isn’t that I have a weak constitution, it is simply because of this one little, all important fact: the lenses that I view the world through acknowledging the existence of the supernatural alongside the natural world. Often the themes or depictions of the demonic within this genre sensationalize the supernatural with grand power encounters: lots of yelling and someone is going to spit up pea soup. Gray Dawn is no exception to this. I don’t believe there is a devil under every rock, but I have just seen too much to be entertained by it.

While most belief systems with a “higher power” or afterlife typically acknowledge the supernatural, in the case of orthodox Christianity it goes beyond pure acknowledgment. Christianity isn’t simply the belief in the existence of God or heaven or angels, but that all of creation is in a fallen, broken state and in need of redemption. While God created it and us to share in perfect union with Him, we (humanity) was duped into relinquishing our authority within it. If that is the supposition, an appropriate question would be this: How did that happen?

If you want a longer answer to that question, I have a two-part message mini-series that you can listen to here. The shorter answer is that humanity has a jealous enemy: Satan, which literally means “adversary” or “accuser of man.” While we often think big bad ruler of hell, Christian tradition views him as an angel cast out of the presence of God (along with his followers) for his ambition to become God. Jesus calls Satan a murderer and the father of lies. The apostle Peter described him as a roaring lion, seeking whoever he might devour. The apostle Paul wrote that Satan masquerades as an angel of light and would share about our conflict with him: 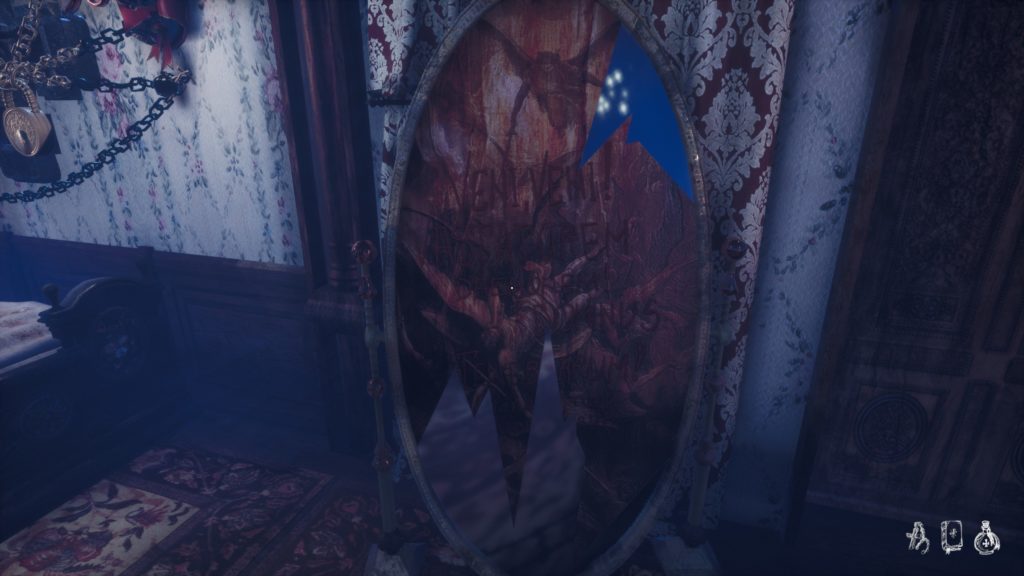 This is where we come back to Gray Dawn’s handling of Satan, his minions, and their activity in the physical. Demons are not humanity’s equals in power or authority and their destruction is imminent – that’s what has Satan so salty and keen on bringing us down with him. However, Gray Dawn treats them as puppet masters and co-equals in battle with God Himself with both sides using humanity as pawns in an eternal chess match.

What Gray Dawn illustrates masterfully is demonic oppression. Since it probably isn’t a term that you are familiar with, let me explain the difference between demonic possession and oppression. Possession is about control while oppression refers to a bombardment of lies which would seek to destroy an individual. Remember that “murderer and father of lies” description?

Father Abraham’s experience of hearing voices and dealing with guilt from his past would fall under the definition of oppression. They are accusations intended to tear him apart and make him forget about the grace of Jesus and the total forgiveness of his sins – no matter how great. By forgetting the power of that forgiveness and the Spirit of God within him, Father Abraham turns to the arcane to fight an enemy that has already been defeated, playing right into Satan’s hand. This is foreshadowed in Gray Dawn’s introduction.

While there are deeper depths to plumb in this conversation, they will have to wait for another time. Before moving on, I would like to note here that a lack of baptism isn’t grounds for possession, so don’t go jumping in the nearest bathtub or pool if you’re worried about your likelihood of demonic possession… 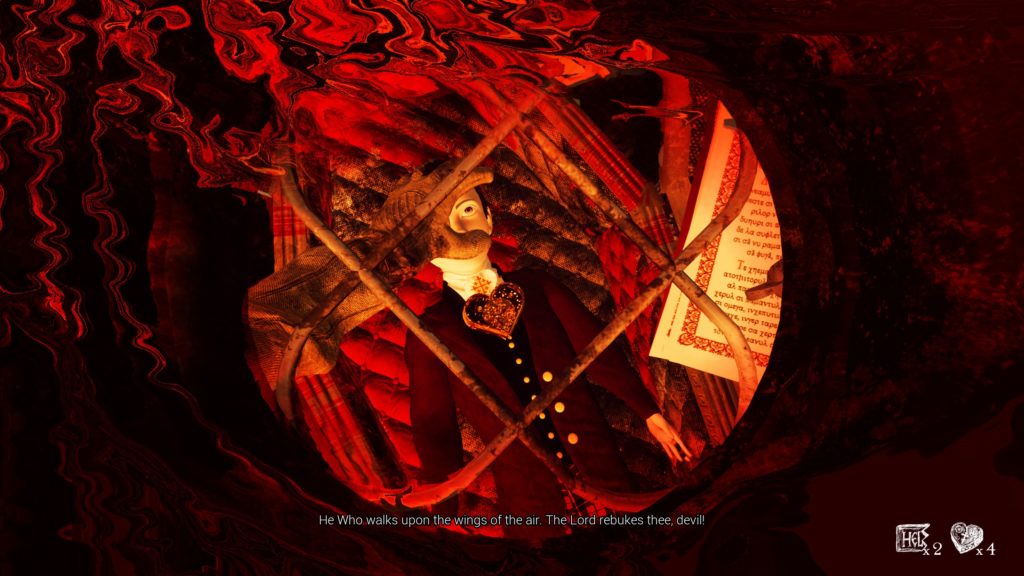 COMPARE TO: Layers of Fear, Everybody’s Gone to the Rapture

Tags: horror, religious
Summary
Gray Dawn is true to its description of being a psychological thriller with religious elements, but it can’t seem to focus in on which religious elements it wants to portray. At points, it seems to synchronize all of the religious imagery into one, which removes it far from the Catholic traditions it seeks to portray. Its backdrops range from hallowed halls to haunting hellscapes, capturing their wonder and terror equally. While Gray Dawn’s story has a lot of potential, its scenery is well crafted, and its portray of oppression is masterful, these elements are heavily mired by the sheer amount of walking, clutter, poor voice acting, and odd character models with their janky movement.
Good
Bad
5
Average 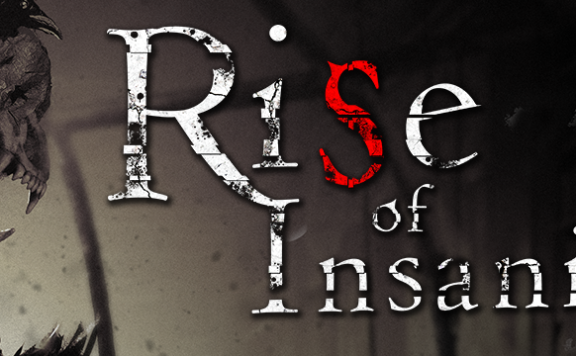 Within this article, we will be taking a close look at Gray Dawn by Interactive Stone for PC. The self-described “psychological thriller with religious elements” is a bit in my wheelhouse, mainly because of the latter part of that statement...
9.9
Average User Rating
3 votes
Have Your Say!
Your Rating: 0
Submit
Write A Review
Genre:Psychological Horror
Rating:Mature