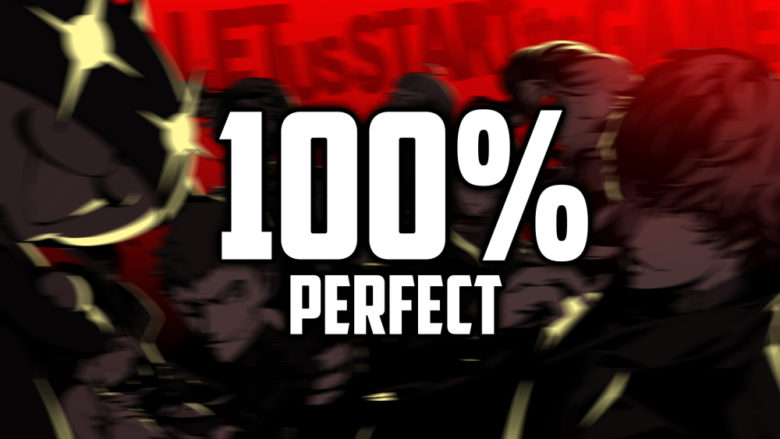 The scores are coming in. While you wait for our own Persona 5 review in the coming weeks, here’s what the big name sites have been up to. Our Persona 5 Review Round Up…

It’s been almost a decade since the original release of Persona 4, a game that introduced many players — including myself — to this series. With that amount of time, with the amount of energy and passion a lot of Persona 4 fans put toward that game, it would have been easy for Persona 5 to be a letdown. Instead, it successfully pushes this series to new heights of polish, allure and charm. It has a few blemishes, enough to distract a bit from the intriguing and weighty themes that the game wrestles with. But even through the rough patches, Persona 5 doesn’t give up a drop of its colorful personality.

Persona 5 is a massive, gorgeous JRPG with well over 100 hours of gameplay for completionists. With more to do than ever and the series’ strongest story to date, it stands out as an extraordinary, memorable experience and easily one of the deepest JRPGs of the last decade. Its sprawling dungeon design and stylish, fully realized world are an absolute joy to explore, and even after three playthroughs and the Platinum trophy, I find myself itching to go back to try different dialogue options with Confidants or revisit particularly fun puzzles. This is a new gold standard for Japanese RPGs and by far the best entry in the series yet.

But that encapsulates why Persona 5 is a game that shouldn’t be missed. It’s stuffed to bursting point with gameplay ideas and presentation flourishes–there’s an overwhelming level of artistry in every part of Persona 5, making it a truly standout entry in the series. It’s a refined, effortlessly stylish RPG that will be talked about for years to come.

With the most bewitching tale the series has ever told and an incredibly likable cast that rises above their typical archetypes, Persona 5 sings a song of rebellion. Not just against the norm of JRPGs, but of society’s oppressive grasp, inspiring its players to rise up as the Phantom Thieves would. In the end, in spite of its minor missteps, Persona 5 has the power to steal the hearts of longterm fans of the series and newcomers alike.

The Verge – No Score

For those who love the formula laid down by past games in the series, Persona 5 represents the franchise’s apex. And for newcomers, it’s a chance to enjoy one of gaming’s best treasures — with little of its baggage. It defiantly ignores the open-world trend and instead holds steadfast to the idea that a more guided, linear RPG can still work in 2017. As for me, well, the story is over. And yet, after 100 hours, I just wish I had more time.

Then I remembered that the Phantom Thieves’ catchphrase is “take your heart.” It’s a taunt, a promise that they’re coming to steal your heart and change it. In that context, the loading screen text made a little more sense.  This game will take many, many hours of your time. In exchange, you’ll get a terrific, pulpy story told with style to spare. Persona 5 took nearly 100 hours of my time, and I gave it gladly.

All of that style is in service of a thoughtful, character-driven plot. Persona 5 might be energetic or even hyperactive at times, with the dozens of stories and activities you need to engage with to progress—but it gives each of its most important facets time for discussion and reflection. An in-game day in Persona 5 can involve a character unpacking the vile things that have been done to them, a group of thieves debating their own morality, a relaxing break with a good book, or anything in between. In each case, Persona 5 takes the necessary time to make its many slices of life feel worthwhile.

Overall, though? I stand by what I’ve babbled. Persona 5 is unconscionably sublime. Every beat, every subtlety, every movement of the camera – it all translates into a kinetic masterpiece, strung together with the best visuals this side of Atlus. Persona 5 won’t change your mind on JRPGs if you lack a taste for the genre, but if you’re in any way a fan, well – Why the hell are you still reading this? Go forth and damn well purchase.

Written by
William Murphy
The Greatest Excite Bike Player of All Time (GEBPAT for short) and Editor in Chief of GameSpace.com and MMORPG.com.
Previous ArticleSurf World Trailer Makes You Want to Hang TenNext ArticleWatchdogs 2 Invites You to a Showdown in Free Multiplayer DLC