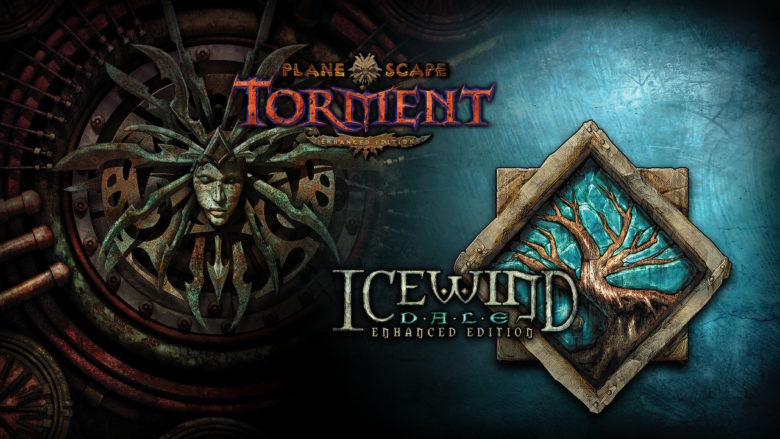 When the announcement came out that Baldur’s Gate 1 & 2, Planescape: Torment, Icewind Dale and Neverwinter Nights were coming to console, specifically Nintendo Switch, I was ecstatic with glee. Nevermind the fact that I had already owned at least two versions of these games; the original boxed versions and the Beamdog Games “enhanced editions” on PC. Somehow I showed incredible restraint in not buying the mobile / iPad versions, probably because in the back of my mind I was hoping for console releases. Now I have the pleasure of reviewing and playing Planescape: Torment & Icewind Dale: Enhanced Editions on the go! So dust off those old strategy guides (yes I still have mine, see the pic below) and join us for our Nintendo Switch review of Planescape: Torment & Icewind Dale: Enhanced Editions!

So How Does One Rate Nostalgia? 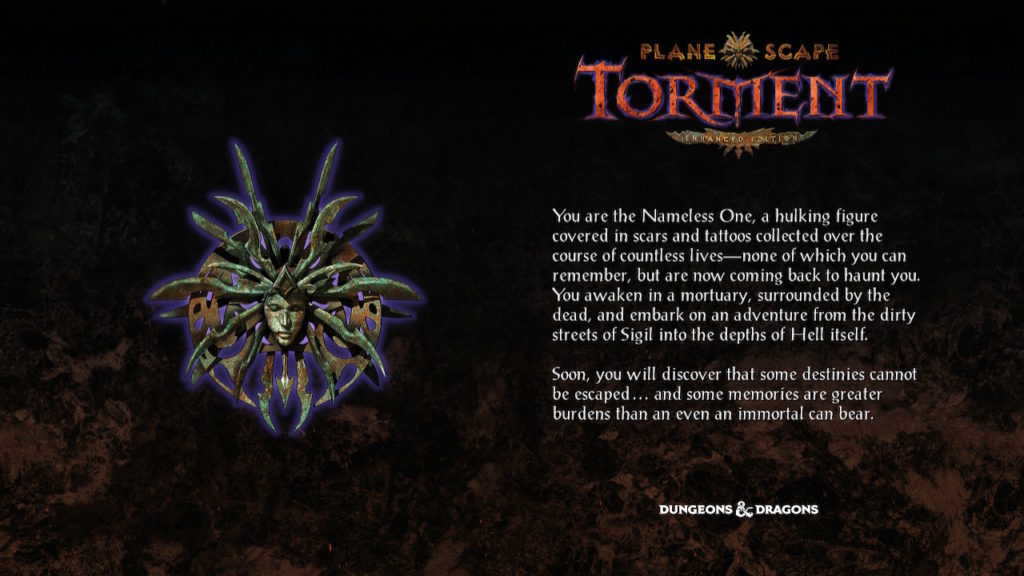 In case you need to be reminded about Planescape: Torment

Being an adult gamer is basically just buying every game you want… But never really being able to play them like you should.

Given that quote and myself being an adult, it should come as no surprise that I’ve never finished all these Dungeons & Dragons titles. Take into account I was a thirty-eight-year-old family man at the time they came out. So this seemed like my chance to accomplish that goal. Not only could I try to get through the games but I could do so while on the go!

It then became a question of how one goes about reviewing these classics. It’s a fair assumption that many of you have played these already since they’ve been around for 20 years. Or on the flip side, you looked into them, thought the graphics were outdated or decided they just weren’t for you. So I decided to approach this review with the intent of telling people who have never played these games a bit about what they are like. At the same time describe how they translate to console and more specifically undocked mode on the Nintendo Switch. 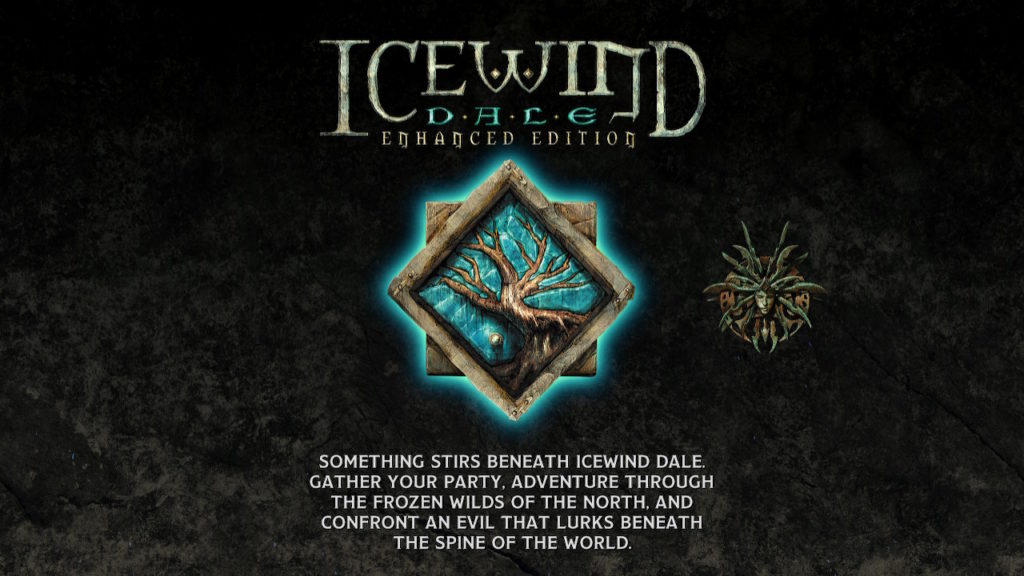 Planescape: Torment and Icewind Dale are RPGs through and through. Both games came out one to two years after the original Baldur’s Gate game. These games are filled with Advanced Dungeons & Dragons lore, settings, classes, skills, armor, etc.

Planescape: Torment takes place in locations from the multiverse of Planescape, a Dungeons & Dragons (D&D) table-top, fantasy campaign setting. Planescape: Torment is more story-driven then Icewind Dale and is less reliant on combat than its brethren games. The focus is more on you, the Nameless One, as the main character. Other members within the game can join your party along the way. The game is turn-based like its ancestors. 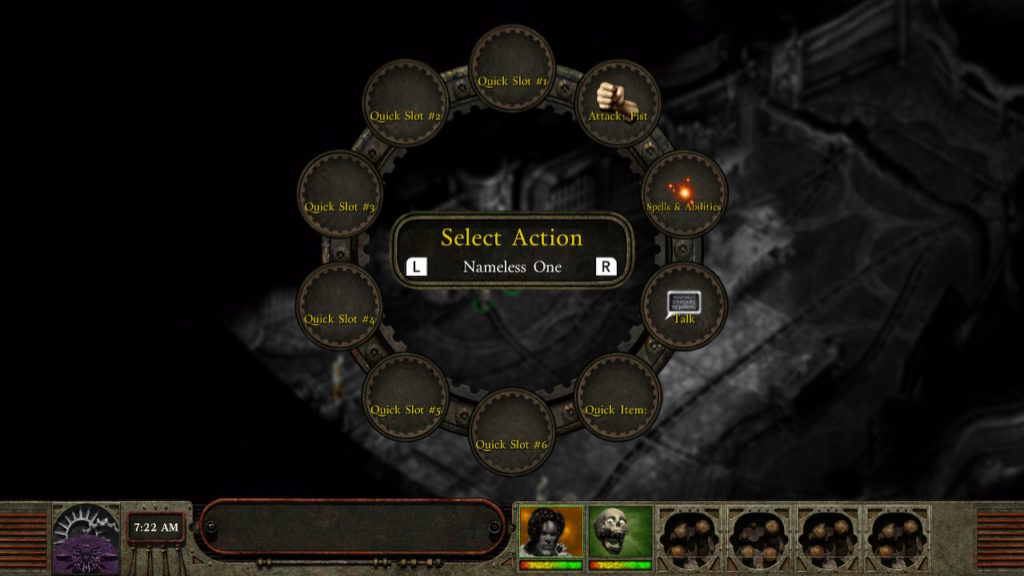 Icewind Dale, on the other hand, starts you off right away with a full party of six characters of different fantasy classes and stats. Battles in Icewind Dale were meant to be real-time but over the years a multitude of pause options have been added. All of those are present here. Icewind Dale is considered more hack-n-slash than Planescape: Torment.

This console version includes the “Enhanced Editions” of the original two games plus the Heart Of Winter and Trials Of The Luremaster Icewind Dale expansions.

In both games, you go on detailed quests, read a lot of story dialogue, upgrade armor and weapons, buy skills for party members, gain experience, level up, etc. All of the hardcore Dungeons & Dragons statistics, dice rolls, import of your own customized character, dual classing, multi-classing, etc. are found here. These are truly some wonderful gems especially considering what year they originally came out.

To Have And To Hold 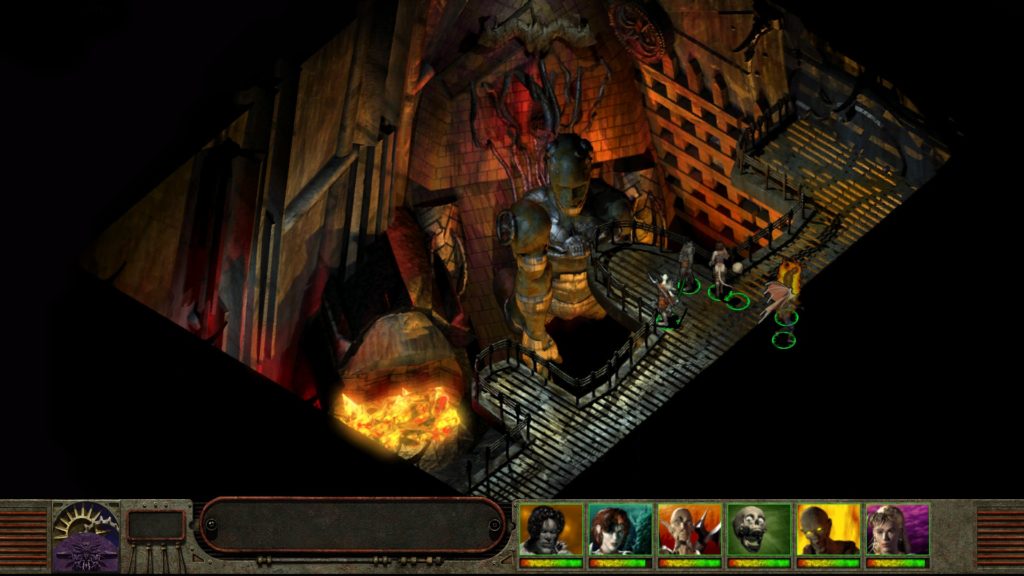 So how do these play on the Nintendo Switch?

If it hasn’t become apparent yet these are not “remasters”, these are console ports. If you were hoping for modernized graphics and improved movie segments and stills then you will be disappointed. After 20 some years these games have aged, even though the “enhanced editions” have made some graphical improvements since 1999. This is most likely not news to the people into these games.

There’s also no tutorials on gameplay and control use, e.g. selecting and moving your entire party. Even for someone who played these games in the past, it took a little while to get into the “swing of things”. This is especially more evident in Icewind Dale where I restarted from a save game as I had to recall how best to undertake battles. 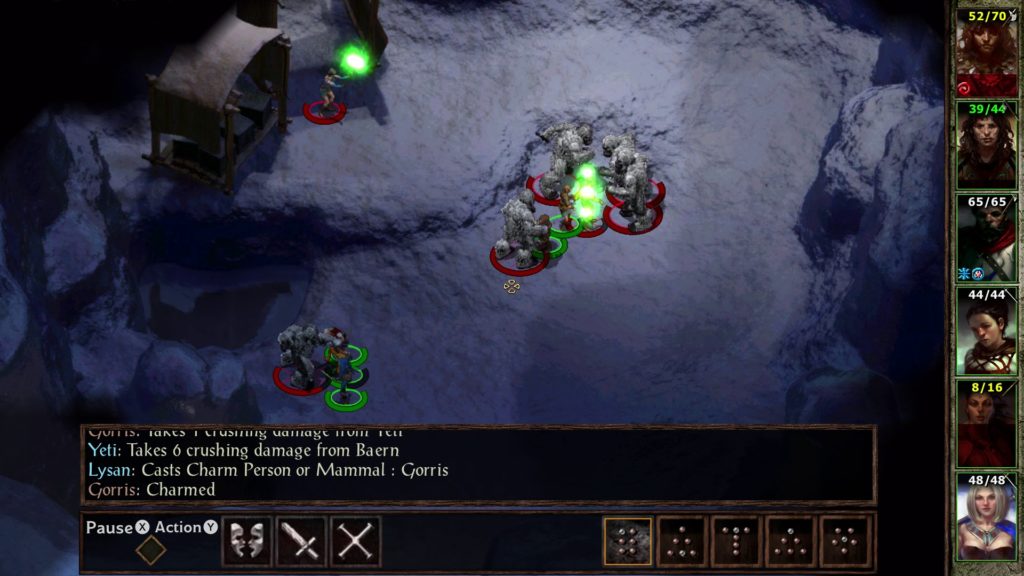 As far as control is concerned, the ZL and ZR buttons bring up responsive and useful radial menus to get to your inventory, journal, maps, etc. You’ll use the right stick to move the cursor around to interact with people, items, etc.

All Eyes Are Upon Us 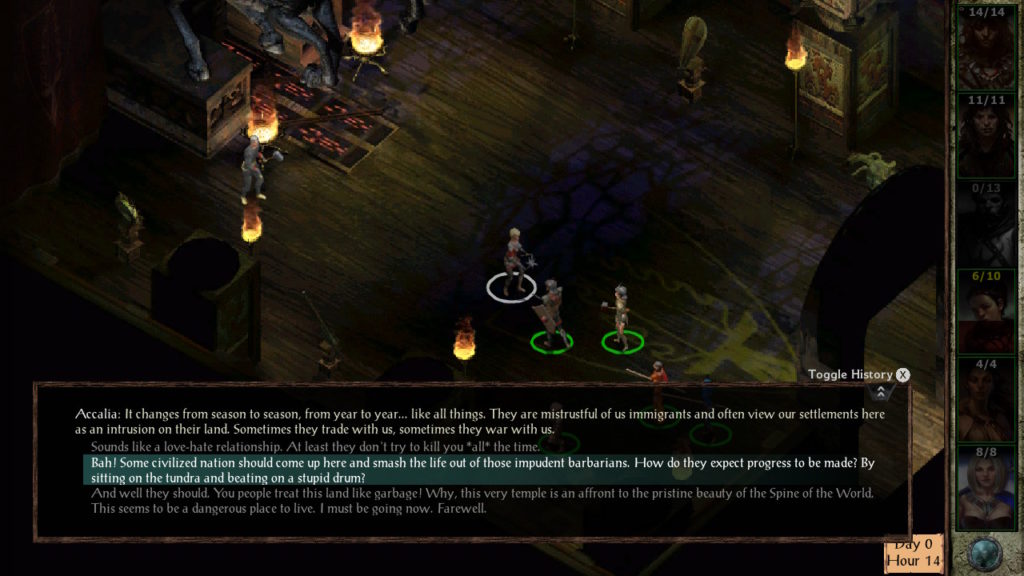 A sore topic for me is the text dialogue (see screenshot above). There is a lot of text to read in both games. While the game settings have a way to use a larger font it didn’t appear to help a lot for the in-game text, especially in undocked mode. If your an older gamer this might be a turn-off especially for the amount of text to read. Some of the dialogue is done via voice-overs and is a welcome break from reading.

When Icewind Dale is played undocked and set for auto-battle it felt like watching a bunch of three-year-olds playing soccer. Everybody huddled around the ball. This is part of the reason I set-up auto-pause.

Thankfully this console version has multiple difficulty settings (this wimp went the “normal” route), and even a story mode for Icewind Dale. Both games allow you to save where ever you want.

As far as my goal of finishing these games? Still working on it and Baldur’s Gate 1 & 2 come out today on Nintendo Switch as well and then Neverwinter Nights in December. Sigh.

Compare To: Well, um themselves or Baldur’s Gate 1 & 2

Note: our review was done on the Nintendo Switch with a code provided by PR.

Tags: Baldur's Gate, Beamdog, Icewind Dale, Planescape: Torment
Summary
There's no denying that Planescape: Torment and Icewind Dale are classic AD&D RPGs in all their glory. Don't stop here if you're looking for remasters. If you're looking to play these classics for the first time or want to enjoy these adventures on the bus ride home then welcome back! Even after 20 years these games still hold some magic and these Enhanced Editions on the Nintendo Switch are faithful and competent ports!
Good
Bad
8
Great

Written by
Scott Jeslis
Scott is a comic book, music and gaming nerd since the late 70s. Gaming all began on the Colecovision and Atari 2600. He buys and reads new comics every Wednesday from his LCBS and helps run an online Heavy Metal radio station.
Previous ArticleIs Fortnite Is Still Down?Next ArticleRiot Warns Gamers Off Politics 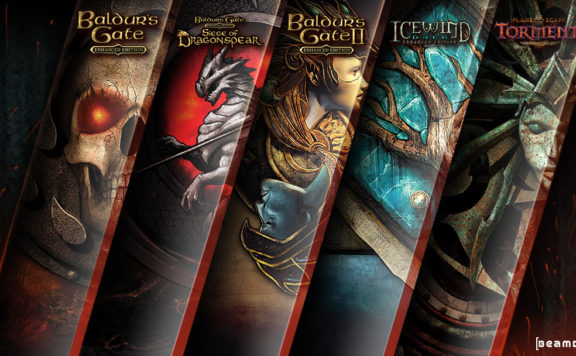