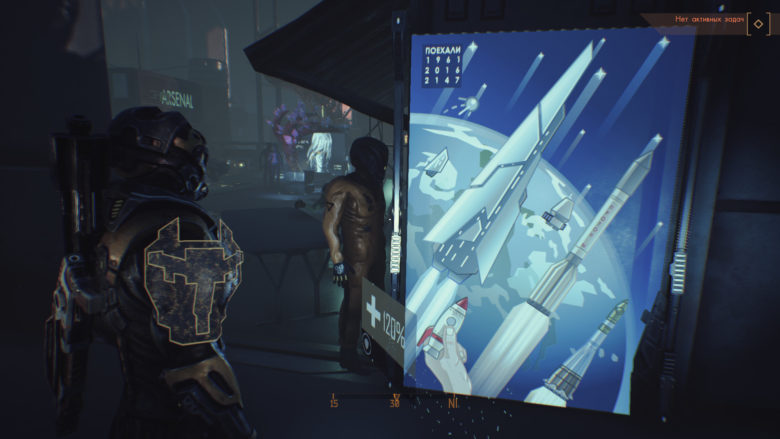 Available now over on Itch.io, the playable glimpse into the world of Orange cast comes just ahead of the final push towards the launch of this far future title. All players have to do to grab a taste of this stylish looking jaunt out into the farthest reaches of the galaxy is to head over to the Orange Cast Itch.io page and click on the download link to grab the demo file. At 12.5 GB in size this is likely a decent sized taster, but then the whole affair looks like it might be worth the lengthy download.

Set in the year 2046, Orange Cast thrusts players into a universe heavily inspired by James S.A. Corey’s The Expanse and drawing genre classics like Halo and Mass Effect for at least some inspiration. In a galaxy where humanity has reached out to Mars, they;ve taken their wars with them. Playing as an elite space trooper, you’ll wake on the colony of Sion as an unknown force descends upon it. Unfortunately, this is the precursor to even more chaos that unfurls, reigning destruction upon the settlement and its civilian population. Armed with a synthetic suit brimming with enhancements, players will set out to unravel what exactly is going on.

Packed full of action, combat, aliens, new planets to explore, and a mystery that might go far deeper than a slightly problematic first contact, Orange Cast is an obvious nod to genre classics and describes itself as a “proper sci-fi game”. The passion of the development team is clear to see, having taken years of their spare time to craft a game that has some seriously high ambitions. You can check out if they are on course for the stars by checking out the demo over on Itch.io now or holding on a little longer until Orange Cast lands on PC on 10 September 2020.

Written by
Ed Orr
For those of you who I’ve not met yet, my name is Ed. After an early indoctrination into PC gaming, years adrift on the unwashed internet, running a successful guild, and testing video games, I turned my hand to writing about them. Now, you will find me squawking across a multitude of sites and even getting to play games now and then
Previous ArticleTotal War: TROY Introduces the Warlords of Greece & TroyNext ArticleCheap Video Game Consoles for Students