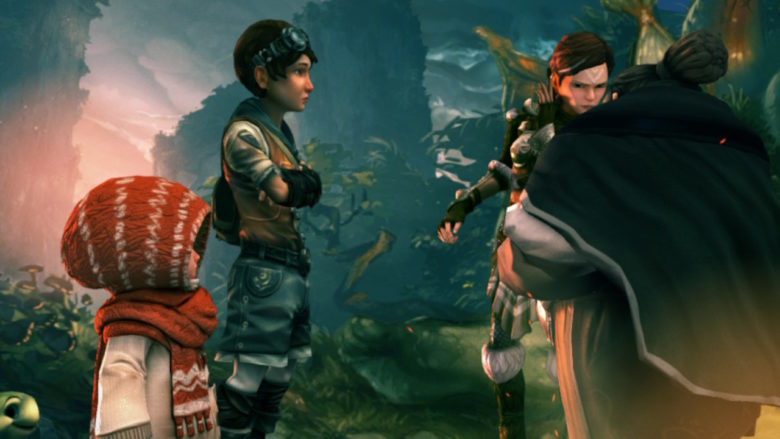 Launched on PC back in 2016, Silence follows in the footsteps of so many indie games and steps through the looking glass and onto the Nintendo Switch. Out now on Nintendo’s mobile powerhouse, Silence is a narrative point and click adventure and timeless tale that makes a definite statement from the opening moment the title card fades into view.

From the first notes of the epic score, crafted by expertly by Tilo Alperman Silence is clearly out to make an impression. The game opens on two orphans scurrying across the streets of a war-torn city. The oppressive shadow of war looms over the rubble and the two search for safety as a cloud of bombers fill the sky. When Tilo Alperman’s music begins to drop ominous tones and you already know that Silence is going to leave your heartstrings in knots. Silence’s opening act is a chance to orientate yourself with the game’s main characters, controls, and to soak in the majesty of a gritty fairytale.

Silence is the work of Stage Clear and Deadalic Entertainment and comes to the Nintendo Switch largely unchanged from its PC counterpart. It is the successor to The Whispered World, another successful point and click in the same vein as Silence. This modern tale is a narrative focused puzzle game that follows the fate of two protagonists, Renie and Noah. After an unfortunate opening act concludes, they must navigate a dream world in order to find their way to safety. Players drifting into the world of Silence will find that the game takes some very obvious inspiration from a number of classic fairytales. This story tips a hat to Lewis Caroll’s Alice’s Adventures in Wonderland. Silence is just as strange as the mind-bending landscapes of Caroll’s work with its very own maniacal monarch in charge of things. The more psychedelic moments of Alice’s adventure are clear inspiration for Silence, with more than a few moments where Deadalic play with our perception of reality. Despite this obvious concurrency, this is far from plagiarism of a single piece. The power of a child’s imagination, the escape from a magical world, and the dark realities of life all draw clear parallels to C.S. Lewi’s Narnia series. 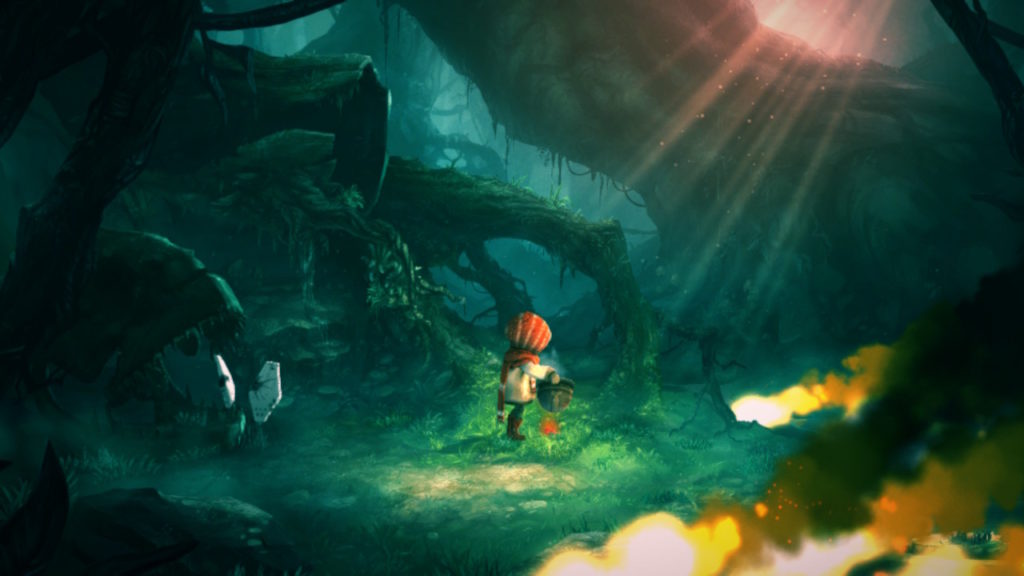 While taking inspiration from childhood tales that have seen the gloss of a Disney paintbrush, it is easy to assume that a game as beautiful as Silence will follow that precedent. Instead, Deadalic paints a gritty world full of castles and craters, bizarre monsters, swamps, and abandoned vistas. Not everything in Silence is friendly and it is far stranger than a talking mouse. Giant worms, unnatural wildlife, some agitated rocks, and faceless Seekers are just a few of the inhabitants that crop up early on. Silence and its population come to life as a wonderfully grubby oil painting. Deadalic makes use of 3D cut scenes but the tale is largely told from a panoramic standpoint as Renie, Noah, and their companions move through a range of settings.

Just as Silence springs to life before your eyes, the audio accompaniment is something to behold. I may have already highlighted the musical opening to Silence but this continues throughout the adventure, coupling with a panoramic frame to give the game an almost cinematic feel. The voice acting in Silence also fits fantastically. Both Renie and Noah have engaging enough dialogue but Jesse Grimm, Lotti Holsten, and Lo Rivera round off an extremely polished presentation with believable performances. Silence feels as much like a Sunday matinee as a puzzle game.

The mechanics of Silence are quite obviously designed to be engaging to a wide range of ages, providing something for current fairytale aficionados. Controls are easy to understand. The two protagonists make their way around the screen with the left analog stick and generally interact with all objects using a single button push. Items that allow interaction are clearly marked and there is little for useless decoration. Everything that a player can trigger either provides a narrative purpose or fills in some backstory dialogue. Clicking on an item tends to incur a fully voice acted response or a short cut scene, giving everything in SIlence context for players facing difficulty with the game’s puzzles. In addition, a hint system highlights objects to give players additional direction. Not to make things too straight forward, Deadalic tries to keep things fresh, switching between multiple characters as the game progresses, providing some amount of variety as different characters are asked to navigate the world on their own adventure. 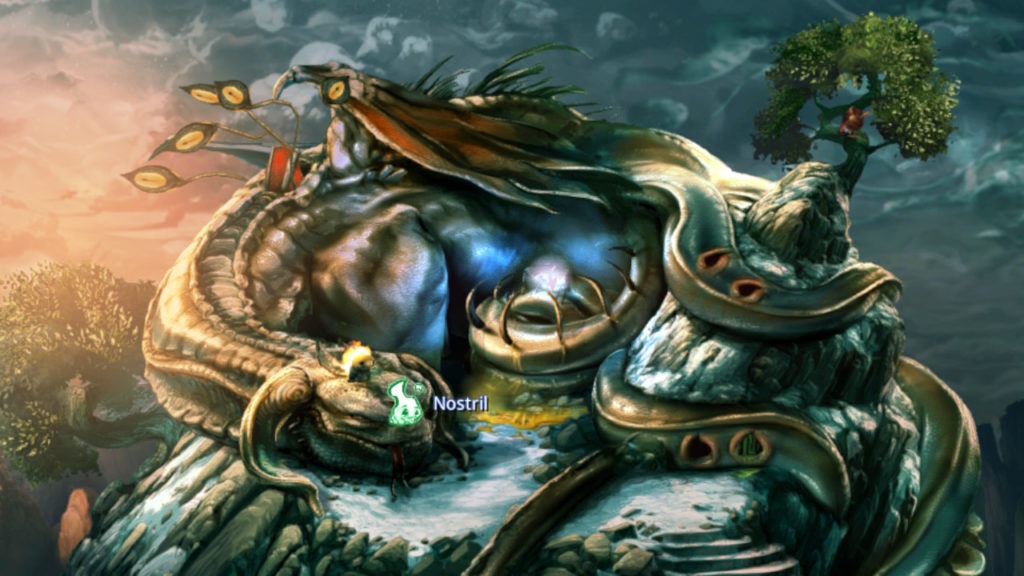 While this provides some variety, the game felt extremely linear when I was first transported into Silence. While games like Niara: Tower of Shirin contain an inventory system, allowing exploration and some flexibility in the completion of puzzles, Silence initially feels extremely restrictive. The narrative heavy interactions feel more like a visual novel than a puzzle game at times, with just one way to solve many situations and a very specific order of events. This is peppered with a series of more traditional mini-games that players can choose to spend time in or simply skip for more narrative.

This early frustration is coupled with a series of quite problematic loading screens. For a game that does such a great job engrossing players in its world, the persistent occurrence of these blank intermissions is immersion breaking. It would have been better to see screenshots between these interruptions.

These issues are far from game breaking, however. Titles like Silence rely on outstanding writing, great acting, and an entertaining premise to pull players through. It’s the reason old school point and click still sell so well on retro websites. Silence has this in bucketloads. The characters, even the supporting cast, are well developed and the writing is utterly gripping. Each of the main characters is believable against a fantastical landscape and the presentation is top notch. The port from PC feels slick, apart from the loading screens, and I found myself tumbling into this rabbit hole. Silence is a smart, inventive fairy tale that draws from the classics and tackles some weighty subject matter. Get Silence and tumble into another world on your Nintendo Switch. Silence is out now and available on the Nintendo eShop.

Written by
Ed Orr
For those of you who I’ve not met yet, my name is Ed. After an early indoctrination into PC gaming, years adrift on the unwashed internet, running a successful guild, and testing video games, I turned my hand to writing about them. Now, you will find me squawking across a multitude of sites and even getting to play games now and then
Previous ArticleThe Cycle Dev Update – Weekly PlaytestsNext ArticleEGX Rezzed 2019 We Get Our Tentacles on Rad 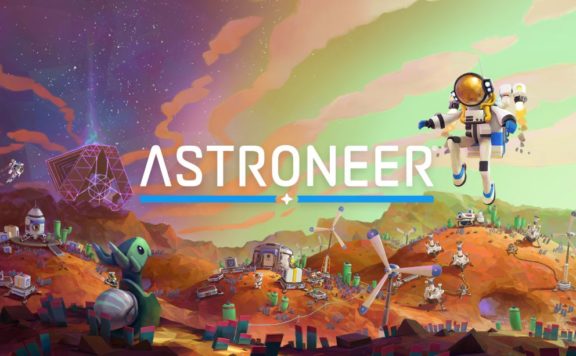 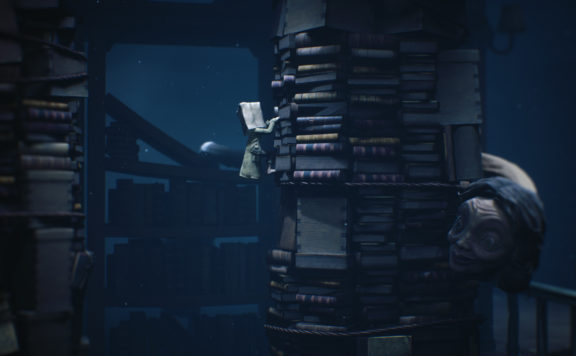