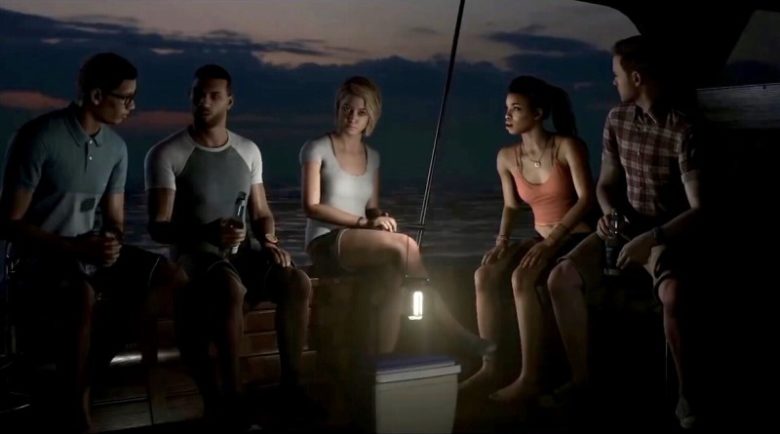 Today we’re revealing new information and a new trailer for The Dark Pictures – Man of Medan, the first installment in the upcoming narrative-horror anthology series slated to launch in 2019 for the PlayStation®4 computer entertainment system, Xbox One and STEAM® for PC.

Developed by Supermassive Games, the critically-acclaimed studio behind the cult-classic thriller Until Dawn™, The Dark Pictures – Man of Medan will be anchored by a talented cast of actors, including stars Shawn Ashmore (X-Men, Quantum Break) and Pip Torrens (The Crown, Star Wars: The Force Awakens), whose in-game likenesses are rendered in vivid detail. Ashmore is set to portray the game’s primary player-controlled protagonist, Conrad, while Torrens will take the role of a newly revealed character, The Curator.

The Curator will be an omniscient observer of the protagonists’ progress and choices. Unlike the changing cast of each story in The Dark Pictures anthology, the Curator will be an ever-present part of each chilling experience. The Curator is timeless and has been recording stories of life and death for thousands of years. Starting with Man of Medan, for reasons he can’t quite understand, the Curator has been given the opportunity to talk to somebody—the player.

He knows that there are ‘rules.’ He’s not supposed to interfere, but he’s excited and can get a little carried away. He has seen things that the player has probably missed—important things. But he’s not permitted to tell them what these things are…directly. So, he drops hints where he can, hoping that the player will recognize his brilliance in hindsight. But don’t expect him to be straightforward; his hints can be somewhat cryptic.

The Curator’s machinations are on full display in the newest trailer for The Dark Pictures – Man of Medan, ready for embedding via the following YouTube link:

The Dark Pictures – Man of Medan will be available in both physical retail and digital download versions; the title is currently pending a final rating with the ESRB.

Written by
Chris Bowman
Long time game enthusiast and writer. I have beta tested a lot of Mmorpg's since I was thirteen including Star Wars Galaxies, Lord of the Rings Online, and Star Wars The Old Republic. Currently attending The Art Institute of Pittsburgh for a degree in Game Art and Technology.
Previous ArticleTournaments Come to Stronghold KingdomsNext ArticleThe Quiet Man Now Available For PS4 & Steam