Pumpkin Jack is all set to scare you witless at the end of this year as publisher Headup announces a haunting new 3D platformer for PC, Mac, and Consoles.

Making every day a haunted Halloween, Pumpkin Jack is st to bring the pumpkin lord to gaming screens and bring some light o the dark days of winter. The brand new 3D platformer will join this royal adventurer as they run, jump, slash, and blast their way through a stunningly rendered eerie landscape, annihilating Good in the name of Evil! Taking definite inspiration from Jak & Daxter and making more than a nod to Medievil, this clash of good and evil takes place in the aptly named Boredom Kingdom. Just like on Halloween, the pumpkin lord is expected to cause chaos among the picket fences and mundane lives of the realm.

Scarin Up Some Fun

It isn’t going to be as easy as just kicking over a few flower pots, however, The residents of Boredom have a savior of their very own, a powerful wizard. To overcome the wizard you’ll need to solve puzzles that focus on physics, gravity, and reflection as Jack, or ditch the skinsuit and just use your flaming head to burn books, hammer some moles, create paths for magic spheres, and more as each level introduces new and exciting challenges. With plenty of squash scratching teasers, intense boss battles, and the odd villager to scare, Pumpkin Jack looks like it could prove a great way to get over the end of October.

While we don’t know exactly when it will drop, this announcement comes along with a trailer so you can get a flavor for the mischief. If you are interested in tricking, no treating, then head over to the Steam Store page to check out the details and try out the demo for this colorful feast of fun now before Jack comes for you.

Written by
Ed Orr
For those of you who I’ve not met yet, my name is Ed. After an early indoctrination into PC gaming, years adrift on the unwashed internet, running a successful guild, and testing video games, I turned my hand to writing about them. Now, you will find me squawking across a multitude of sites and even getting to play games now and then
Previous ArticleTable Manners quick hit reviewNext ArticleCowboy Yakuza launches into Steam early access 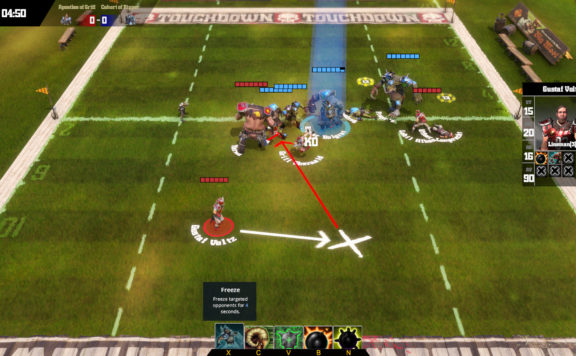