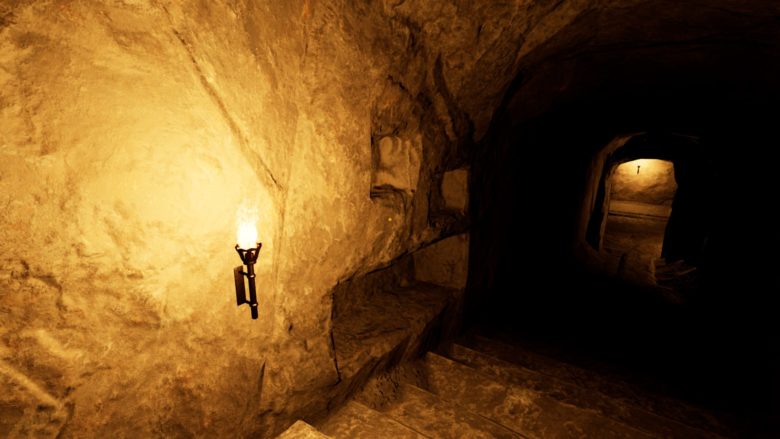 I made a terrible mistake.  I’ll admit it, though – I’m a coward.  Horror games were never really my jam, but I thought I’d branch out a bit and try something new and different.  Enter Reficul 666 – a new indy horror game that follows some dude that wakes up in the midst of a darkened apocalyptic nightmare.  Reficul 666 appears to be a non-VR port of a VR game with a similar name. I don’t know to what extent the similarities between the two games run, but I’ll speak to what I know – the non-VR edition.  But, is this a hellish inferno worth descending into? Find out below for our Reficul 666 review!

My initial reactions to Reficul began when reviewing the Steam page. Aside from some cringey statements (I could just about scream if I see another game that feature’s something demonic using the phrase ‘hell of a’ for the pun), It boasts rogue-like elements and no jump scares. I’m not entirely sure I agree with either of those statements.  That is, the few times I restarted, the map has been roughly the same, and I can’t really tell if there are any meaningful differences in the placement of materials or creatures (which seem to spawn at random), and I jump just about every time I open a door to the outside to a horde of shadows.

And shadows there are a-plenty.  Without spoiling too much, they happen to be the enemy you’ll come across the most often. They’re invisible outside of direct illumination, as from a flashlight, but there are audio cues that will tell the player to turn on the said flashlight. That said, the creatures began as a good way to test the absorbency of my shorts and ended as a minor nuisance.  You see, there aren’t many weapons in Reficul, but one of the best I came across was a special set of scripture that drove away shadows, which rendered my pistol much more efficient, as I could direct it towards the more bodily manifestations of evil. 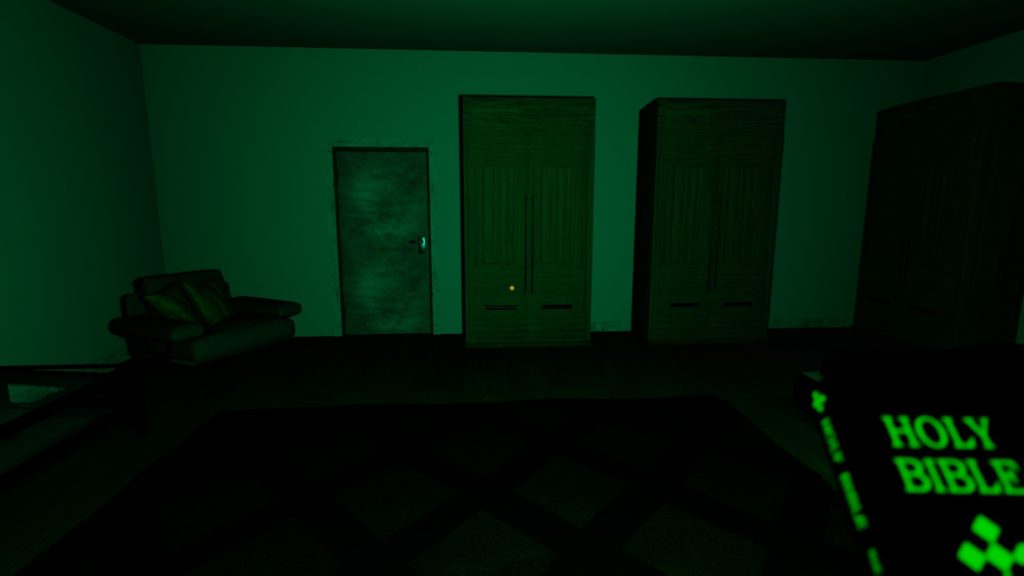 Unfortunately, at least in terms of game quality, one of the drawbacks to the scriptural upgrade in weaponry is that it largely takes away one of the greatest enemies of the player, limited resources. You see, sources of light are at a premium.  The player begins with a lighter, which provides minimal light in an immediate radius, and a flashlight, which provides directed light.  I stopped using the lighter almost immediately in favor of the flashlight, which the player also receives at the beginning of the game.  Neither provides sufficient light outside of the buildings, where I spent most of my time.

Let me set the stage – vision fades in, revealing a nearly pitch-black room, subtly illuminated by some candles. A note on the desk (the medium through which much of the story and plot is told) begins the series of fetch quests that lead to game completion.  At the outset, though, the player has to suspend critical thought.  Why, in the world, would my friends take the time to write a note warning me of apocalyptic danger, but not take the time to awaken me? Why leave the necessary items outside of the safety of the room in which I start? 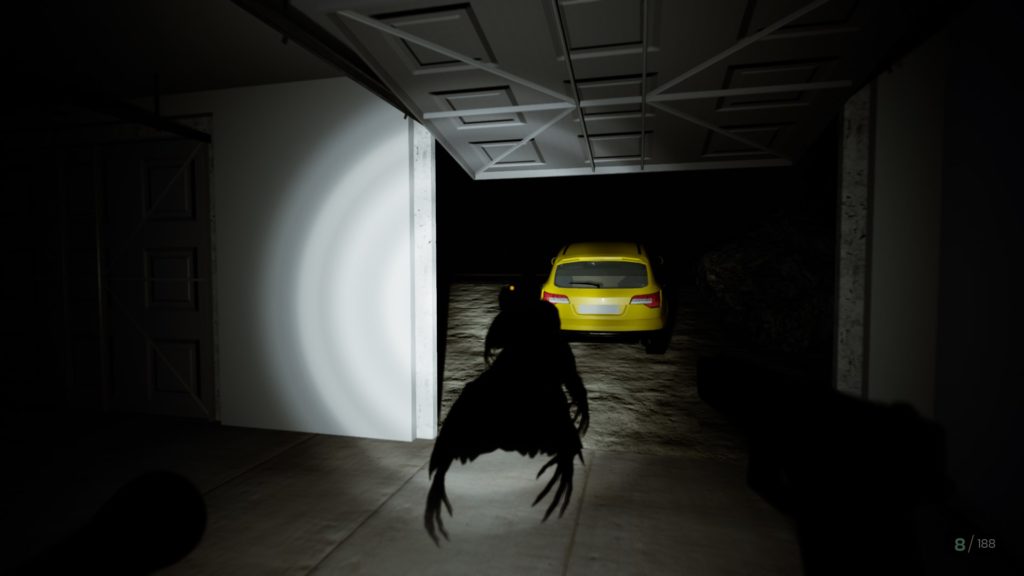 The head-scratchers don’t stop there, though.  One wonders how or why certain developments occurred, again discovered through the found notes in buildings the player is directed to along the way.  One note led me to a website or two, which suggested that I might find clues to solve a particular puzzle (if that’s the best way to conceptualize it), but one website, as expected, led to an error, whereas the other led to something wholly unrelated.  I suspect the developers wanted to add an investigative element, but it apparently didn’t pan out.

Back to the plot, though – find the weapon of truth and light, then slay the foozle.  There are some complexities beyond that, but I can all but promise you that you will not be satisfied by playing Reficul for the plot, nor will you be particularly surprised by sudden twists and turns in the writing.  Indeed, there is so little plot that I’ll leave it to the last two lines to sum it up and move on…

… to where Reficul could shine if it weren’t so damned dismal (see what I did there?).  The world-building is intriguing and really leads me to want to know more.  There are plenty of buildings in the neighborhood, many of which could tell interesting stories if I could see the freaking places.  Rarely, a flash of lightning might illuminate a distant patch of sky, but the vast majority of the time, all I could see is the ground in front of me.  That’s probably the greatest shame of this game, honestly.  That is, it is clear that an incredible amount of work fell onto the shoulders of a small team, but it’s almost wholly swallowed by a night resistant to illumination. 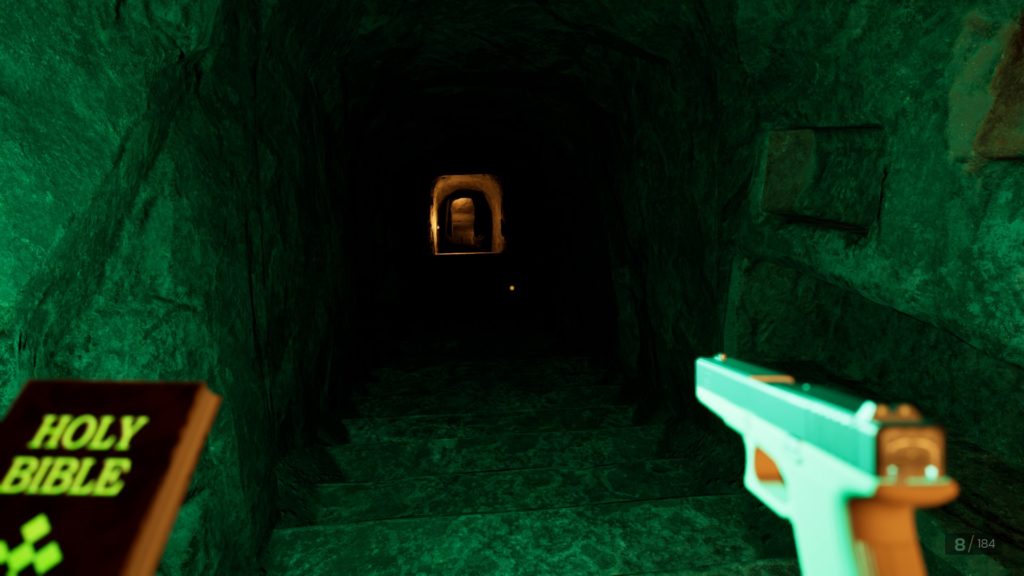 Don’t get me wrong.  I know that Reficul 666 tries to invoke or heighten fear by using darkness, limited resources, and a slightly expanding repertoire of enemies. What I’m saying, rather, is that Reficul could be a better game by dialing back the intensity in favor of a slow burn, if only we were given a chance to creep through the empty, sometimes bloody buildings to discover our way to victory, rather than the linear sprint I’m encouraged to do at present.

I should mention that there are some other systems.  There is an inventory, some maps, keys, a journal, a save system, etc. – all things you’d expect in a horror game of this nature. The systems do their jobs but are largely underdeveloped.  Nevertheless, in terms of polish, Reficul looks about ready for delivery.  I had one issue where my map disappeared between saving and reloading.  Not that the item in my inventory was gone.  Rather, that the map was blank.  It’s possible an update messed with the map, but I’m just not sure.

Overall, Reficul is a missed opportunity.  It seems to go for low-hanging fruit in terms of horror elements, but for what it is, it’s pretty good.  I docked some points just because I couldn’t really see 95% of the game, but it would probably be a decent addition to a horror-aficionado’s library.  This won’t be a classic, by my reckoning, but that doesn’t make it not worthwhile.  That said, I do not recommend playing Reficul 666 if you jump or urinate easily.

Tags: pc, Reficul 666, review, steam, virtual reality, vr
Summary
Reficul 666 is a dark, pressured, and – honestly – scary game. It is also a short jaunt through an apocalyptic neighborhood. That said, there comes a point where the darkness is so deep that it obscures a game’s merits. Indeed, this indy horror game misses out on its best feature, its world building, in favor of increased spookiness.
Good
Bad
6.5
Fair
Previous ArticleBlack Desert Mobile Adds ConstellationsNext ArticleTake A Look At The Story of Stonefly 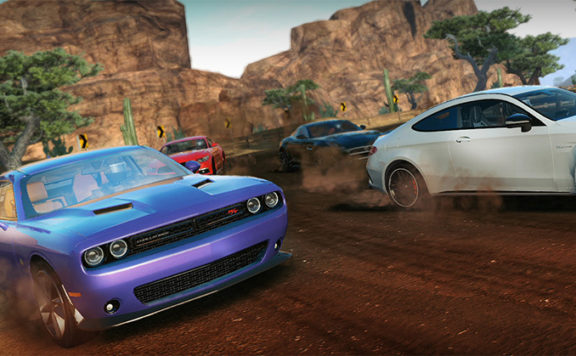