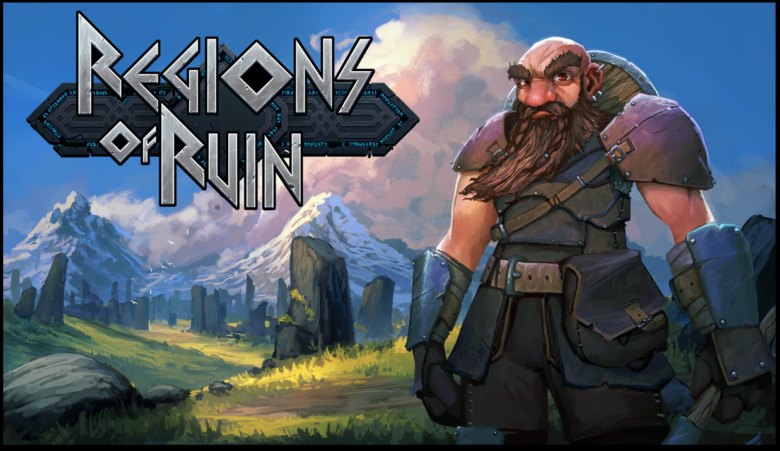 Vox Games and Poysky Productions are commemorating the sale of 20 thousand copies of Region of Ruin since its official launch in February with a Steam sale and downloadable content. Starting on April 12th, Region of Ruin’s base game will receive a 60% discount.

In case you aren’t familiar is the title, Regions of Ruin is a 2D, side scrolling, action-RPG that places you in a world as a dwarf without a kingdom. It is up to you to liberate your kin, explore the region that once belonged to your kind, and to rebuild it back to its former dwarven glory.

The DLC for Region of Ruin will include seven new siege event areas, two new types of mercenaries for hire, an expanded roster of companions, new options for upgrading said companions, and a who lot of loot!

At the time of this article, developer Poysky Productions is working with the platform to negotiate the cost for the DLC, hoping to provide it for free.

For more information on Regions of Ruin, you can find our review here. For all other gaming new, keep if locked in here at GameSpace.

Written by
Damien Gula
Born in the heyday of mullets and the El Camino to a tech-foward family, Damien (a.k.a. Dame, PastorDame) quickly embraced the reality that “normal” is just a setting on a dryer. Damien is a pastor by trade and loves talking with anyone who is interested about life, God, and video games (in no particular order) - so, much so, that he and fellow MMORPG/GameSpace writer Matt Keith (Nexfury) create a podcast dedicated to that conversation. At the end of the day, Damien is a guy who loves his wife, his Mini Schnoodle, and crafting gourmet bowls of Mac N’ Cheese.
Previous ArticleWarp Shift Materialized and Mesmerizes on Nintendo SwitchNext ArticleAction-RPG Moonlighter Launches May 29th