In an age where we’re getting used to lockdown related delays, it looks like Remothered: Broken Porcelain is set to release on PC and Console on 13 October 2020.

Hitting PC, via Steam, Xbox One, PlayStation 4, and Nintendo Switch Remotehred: Broken Porcelain is set to buck the trend of late. With many upcoming titles, such as Exocorps, announcing delays this horror sequel is about to scare up some fun by launching early. Published by indie outfit Modus, Remothered: Broken Porcelain is the sequel to 2018’s Remothered: Tormented Fathers and you can expect more of the same from this follow up.

“This is an incredibly busy month for games, particularly horror games,” said Shane Bierwith, EVP of global marketing at Modus. “While moving dates forward isn’t common, we’d like to allow horror fans to get their hands on Broken Porcelain early so players can have more time to experience all the great games releasing around Halloween.”

Picking up the tale of Tormented Fathers, Remotehreed: Broken Porcelain plunges players back into another survival horror. This time players will explore the secrets hidden at the Ashmann Inn. While experiencing the horrors that lie in wait around the grounds of this estate, gamers can explore the lore surrounding the characters of Remothered, and experience a whole new narrative point of view of this tale. As players delve into the Ashmann Inn, this unnerving adventure will ask anybody brave enough to survive among the looming threat of the stalkers, powerful hunters trapped in time and the confines of its walls. While plenty of puzzles and though-provoking challenges await, getting past the inhabitants of the Inn will take stealth as well as strategy. Just as you might imagine, there are more than a few ways to make use of anything found lying around the grounds of this dwelling.

Remothered isn’t just more of the same, however. Developer Storming Games a whole new set of real time cinematics, original characters, and a whole new side to the story that Tormented Fathers kicked off. In order to get into the game early, you can head over to the official website, or check out more details over at the Steam Store Page now.

Written by
Ed Orr
For those of you who I’ve not met yet, my name is Ed. After an early indoctrination into PC gaming, years adrift on the unwashed internet, running a successful guild, and testing video games, I turned my hand to writing about them. Now, you will find me squawking across a multitude of sites and even getting to play games now and then
Previous ArticleV&A and HTC VIVE Arts Announce Alice: Curiouser and Curiouser VR EventNext ArticleQuantum Error Will be Coming to Xbox Series X 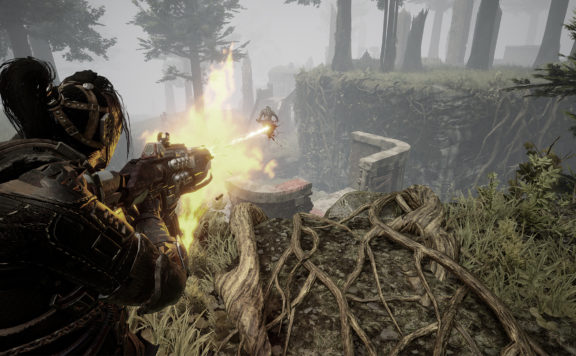