Pubnpisher MWM and developer Night School Studio might very well have stolen the show at last night’s Nintendo Indie Showcase as the credits rolled on this reveal. Players who watched Oxenfree’s final scenes play out back in 2016 will delve into a new supernatural mystery where each choice can influence the outcome for a brand new cast of characters.

Arriving sometime in 2021, Oxenfree II: Lost Signals is a single player narrative title, just like its predecessor, that follows the story of Riley. This environmental researcher heads back home to the town of Camena to look into a wave of strange radio signals causing mayhem with the electronic equipment in the general vicinity. What initially seems like an unusual phenomenon turns into something altogether more spooky.With a brand new story, a distinct visual style, and Night School Studio’s naturalistic dialogue system, Oxenfree II: Lost Signals is definitely looking to build the same fan feedback as the first time around.

“Words cannot begin to express how happy I am to finally talk about OXENFREE II: Lost Signals,” said Sean Krankel, co-founder and studio director at Night School Studio. “OXENFREE is such a special game to us, and it has been an incredible experience to revisit this world. We’re eager to welcome our players back while inviting newcomers to embark on an adventure with an entirely new cast of characters that retains the weird, heartfelt, and personalized experience of the original.”

Oxenfree II: Lost Signals is due to arrive on Nintendo Switch this Fall, although we assume that it will appear on other major platforms too. We don’t have a definitive price either, but there is a teaser trailer from last night’s reveal. So, head above to get a glimpse of Oxenfree II and maybe try something else spooky in the meantime.

Written by
Ed Orr
For those of you who I’ve not met yet, my name is Ed. After an early indoctrination into PC gaming, years adrift on the unwashed internet, running a successful guild, and testing video games, I turned my hand to writing about them. Now, you will find me squawking across a multitude of sites and even getting to play games now and then
Previous ArticleCall of the Sea – Coming to PS4 & PS5 in May 2021Next ArticleThe Great Outdoors Can Wait As Tools Up! Garden Party Launches 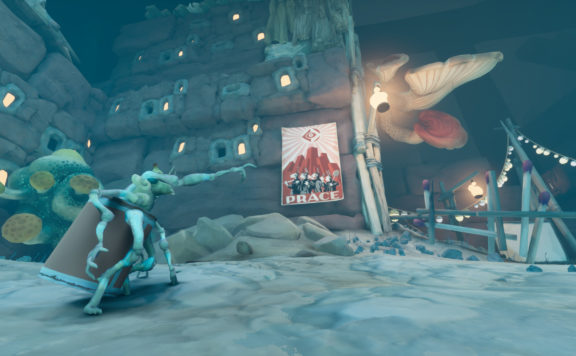