With the game fresh out of the oven, the developers invite players to join in the adventure of a lifetime, traveling through a hand-drawn fantasy world where every choice matters.

Are you up for an expedition to a continent ravaged by dangerous goblins? Do you have what it takes to find the lost elven city of Lenorian and save those who are dear to you?

Then let’s get down to business! This is our Reverie Knights Tactics PC Review.


The game welcomes players with an interesting, hand-drawn visual style that you can’t help but respect from the first minute in this world. The image on the screen immediately attracts attention with painstaking details and a bold color palette. I can’t help but wish for an art book with the sketches made by the artists during the development of the game.

Carefully drawn scenery and animated characters, enemies boasting their own unique features, and more – all of that looks very colorful and inviting. Each character stands on their own with specific animations and their general appearance. The same attention to detail can be seen during the battle sequences, with characters using their weapons and abilities in mini-cutscenes. The team strikes (combination of attacks among characters) are entirely something special, each combination is performed in a unique style.

If the visual aesthetic was not enough, over the course of the game players are also accompanied by a colorful OST with the various versions of melodies replacing each other according to the changes in scenery.

While on the world map, you can hear a calm and quiet melody, gentle but not annoying, that immediately swaps into a more sonorous, active tune once the call to battle is sounded.

The game’s soundtrack deserves its own commendation. It is charming, well-written and, most importantly, not distracting. Each visited location has its own unique feeling, be it the Dark Forest, a dungeon or the elven city, and each one is memorable. 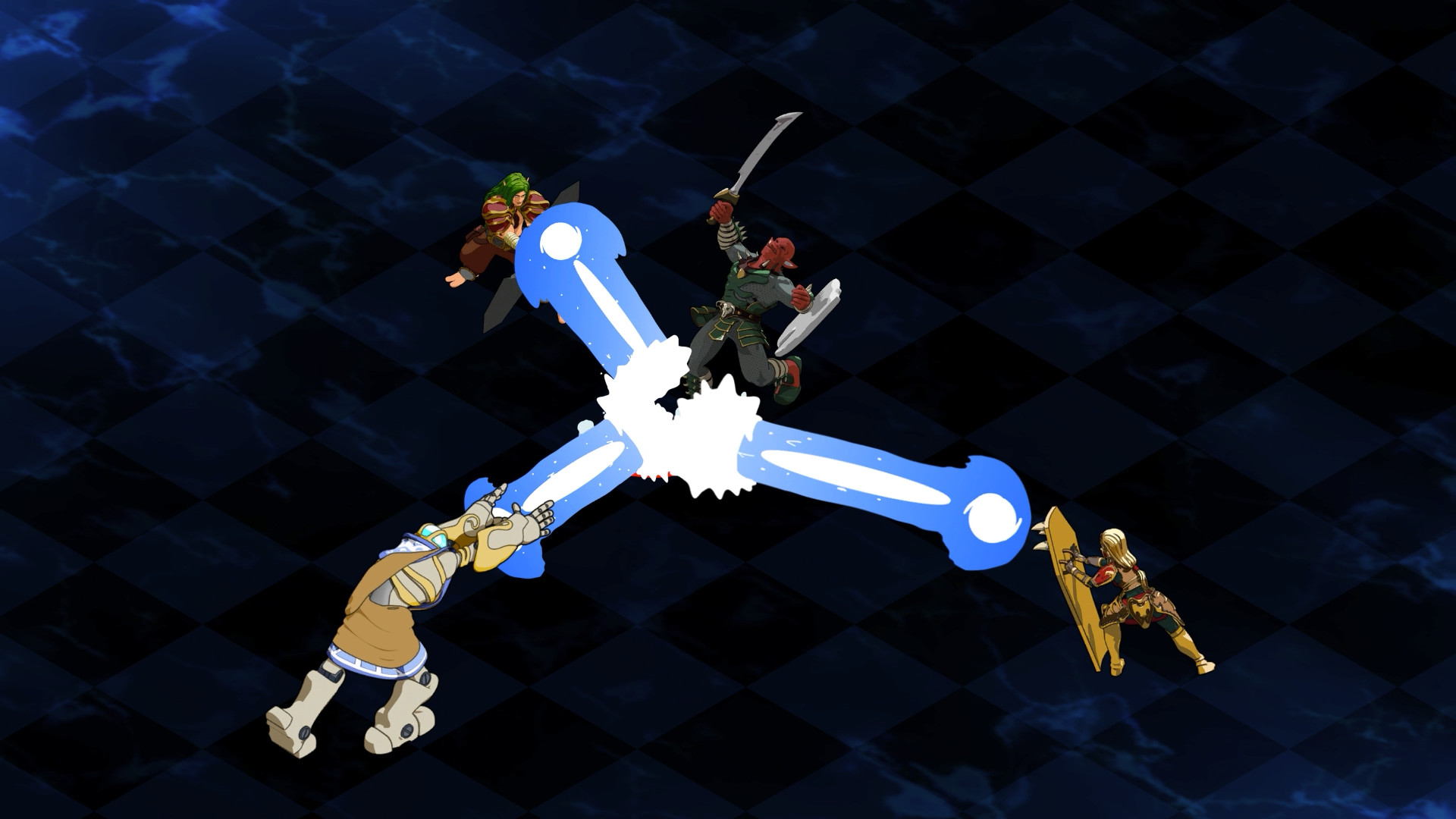 Reverie Knight Tactics tells a story of an Order tasked with collecting knowledge and information. As an adept of this teaching, you are sent to rescue another group of the Order’s followers that can use your help in their search for the elven city of Lenorian, long since captured by enemies. While the city had been plundered by goblins, there are some rumors that a particularly interesting artifact was preserved.

That first group also included the protagonist’s father, which puts a lot of pressure on our heroine. But let’s leave spoilers for your own playthrough!

The plot is mostly revealed through the dialogues between our heroes, party members and even enemies. Animated dialogues take place against the backdrop of beautiful, painstakingly drawn backgrounds.

Almost every single dialogue gives you a number of options that have a BIG effect on the development of characters and their attitude towards you, on the actions committed during the course of the game and the overall plot of the game itself.

Your choices dictate the path the game will take to bring you to your goal. Chaos or Order, prudence or recklessness, anger or resignation – your choices will have quite an effect on your gameplay. 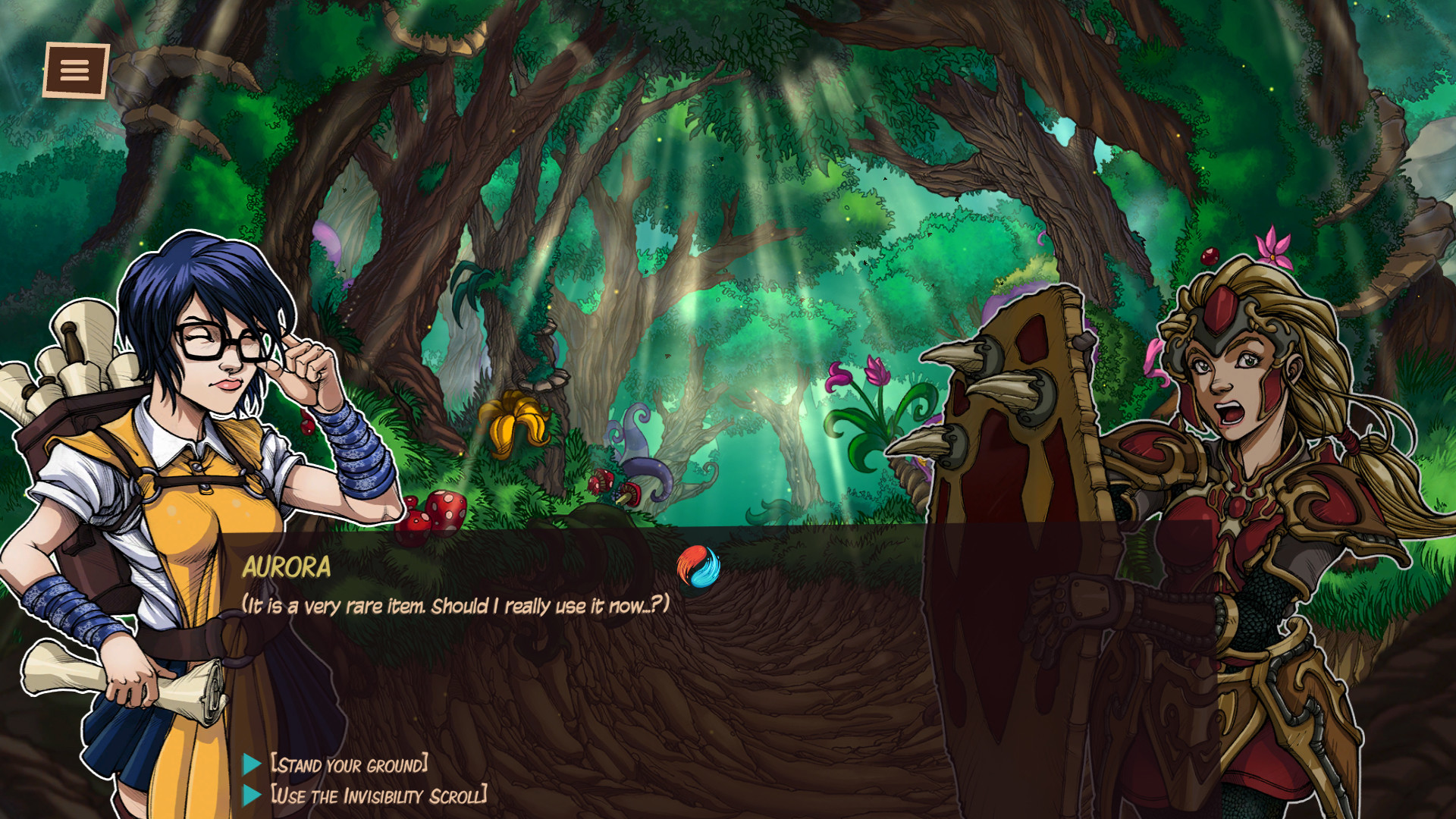 It is up to you to lead a group of four unique heroes, each possessing their own special skills, and employ varied strategies and tactical approaches to win turn-based battles. Your task can be made easier by collecting treasures and resources to craft useful items that will make your characters that much more powerful.

Each hero has unique moves with their own advantages and weak sides, and their development may vary depending on the choices you’ve made in your playthrough. A skillful combination of the abilities of your four active characters and using them to control the flow of combat will have great importance in battles.

Additionally, each character has their own motives, dreams and behavior. Communicating with them can also affect their personality and actions during the game – more than once you will have to accept that some outcomes are the consequences of your own actions and choices. The game will feature a number of scenes and situations where your party members will have their own opinions, share their thoughts and wishes, or maybe even ask for your help.

The game features two difficulty options: Normal difficulty and Story mode. In Story Mode, your characters recover their health, mana and ability points after every combat. In Normal mode, all of the above needs to be done manually, spending your potions and ingredients. Playing that way, each fight becomes a real challenge that requires a strategic approach.

The overall gameplay features interweaving visual novel-style exploration with tactical turn-based battles on isometric maps that consist of grids of various sizes with their own scenery, obstacles and unique features. Explosive barrels, traps, poisonous flowers and more – all of those need to be considered and can be used to your own advantage.

Roots of the trees can be destroyed for reagents and potions, traps can be turned against enemies which will give your team an advantage and make battles that much easier. And if the Story mode is forgiving towards your fumbles in general, it can prove to be a fatal mistake if you play on the Normal difficulty.

Every combat scene is drawn with love, made tactically sound and brought to the perfection of strategy. Any single combat can be completed in a number of ways – charging your way immediately to an explosive cauldron to blow it up and quickly finish the fight or methodically picking your way through enemies, destroying them one by one by pushing opponents into traps or distracting with illusions. It’s up to you to decide your approach and to face its consequences.

More than once I found myself replaying battles even on the Story difficulty, testing out strategies and ways of controlling combat with a different set of abilities. 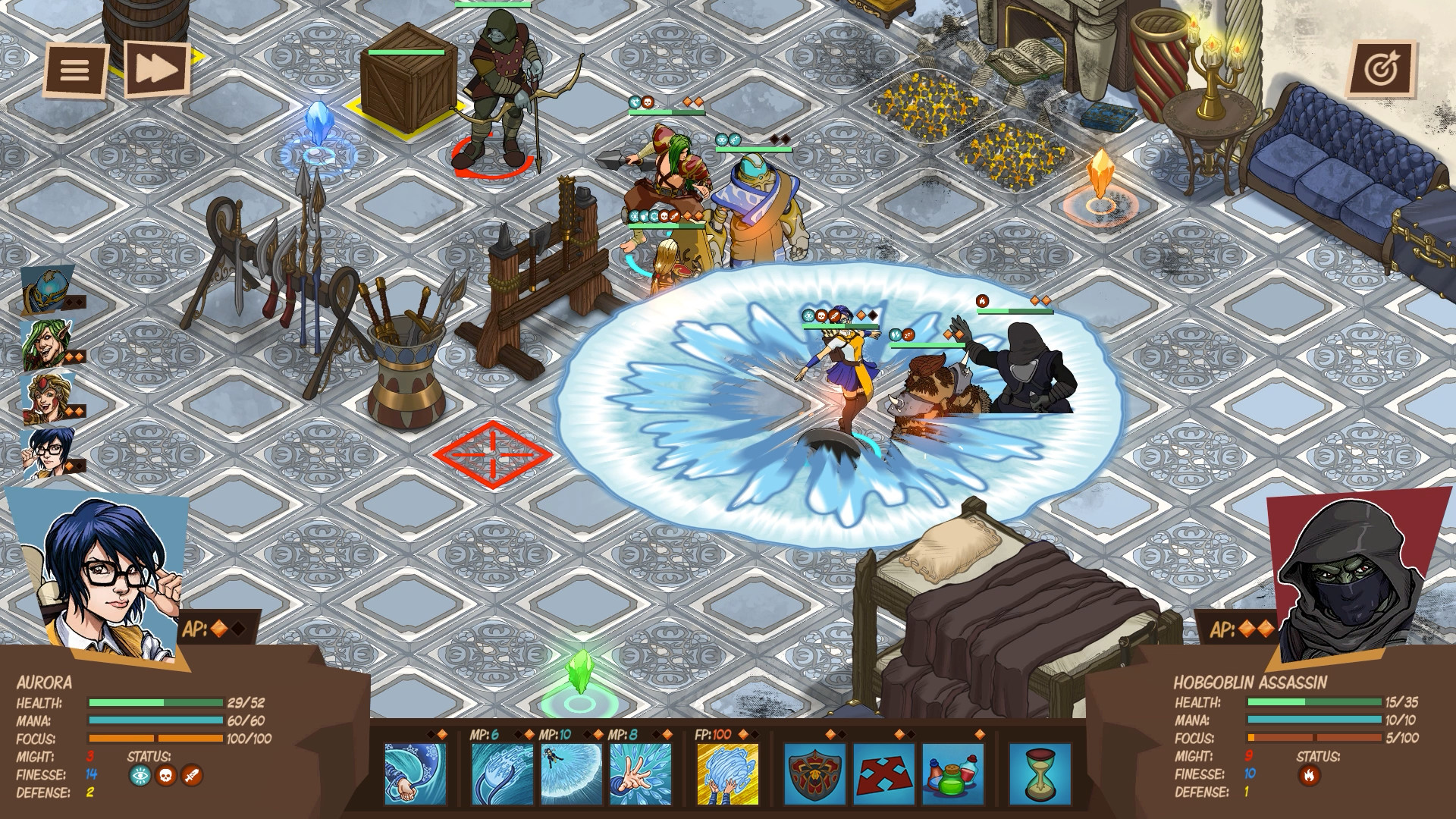 It is up to you to shape your characters and decide what they will represent by the end of the game. I can’t say that there is a lot of variativity in the system, but there are at least two useful builds for every character (or maybe more, who knows!)

Your strategic and tactical thinking during the battle is extremely important. The game doesn’t just feature combat, rather combat is the very continuation of the plot, colorful, expressive and thoughtful. Additionally, the game will test your brain matter with a number of puzzles. Opening chests with master keys, solving riddles and more. Some are more difficult than others and can pose quite a challenge.

Altogether, Reverie Knights Tactics is an interesting RPG that tells a fascinating if a bit short story. Once you beat the game, you can’t help but think “That can’t be it, where is the rest of it?” and wish to see the plot develop further. The visual style is unobtrusive, harmonious and beautiful. The music is pleasant and catchy. Fights require perseverance and tactical thinking. The game is worth playing for those who appreciate turn-based RPGs and good storylines.

Of the shortcomings, the game is quite short. On the Story difficulty, it took me about 4 hours total to complete it.

Note: the Steam code was provided for the purposes of this review.

Tags: isometric, pc, rpg, steam, Turn-Based
Summary
Reverie Knights Tactics is an interesting RPG that tells a fascinating if a bit short story. Once you beat the game, you can’t help but think “That can’t be it, where is the rest of it?” and wish to see the plot develop further.
Good
Bad
8
Great 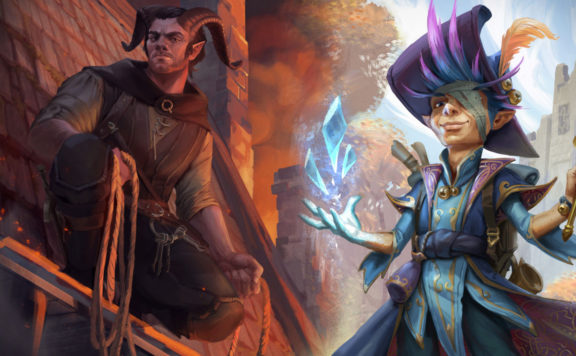 Pathfinder: Wrath of the Righteous – Through the Ashes DLC Arrives April 21st
April 11, 2022

Reverie Knights Tactics is an isometric turn-based RPG developed by 40 Giants Entertainment and published by 1C Entertainment for PC, Linux, Mac, PS4, Xbox One and Nintendo Switch. With the game fresh out of the oven, the developers invi...
10
Average User Rating
1 vote
Have Your Say!
Your Rating: 0
Submit
Write A Review