It seems like every video game accessory promises to make you a better gamer but how many actually deliver on that promise? Today, we’re looking at the Scuf Vantage Cosmic Edition PS4/PC controller. If you play games with a gamepad, the Vantage offers some serious flexibility to give you the edge on the battlefield and looks amazing at the same time. This is our review of the Scuf Vantage Cosmic Edition for PS4/PC. 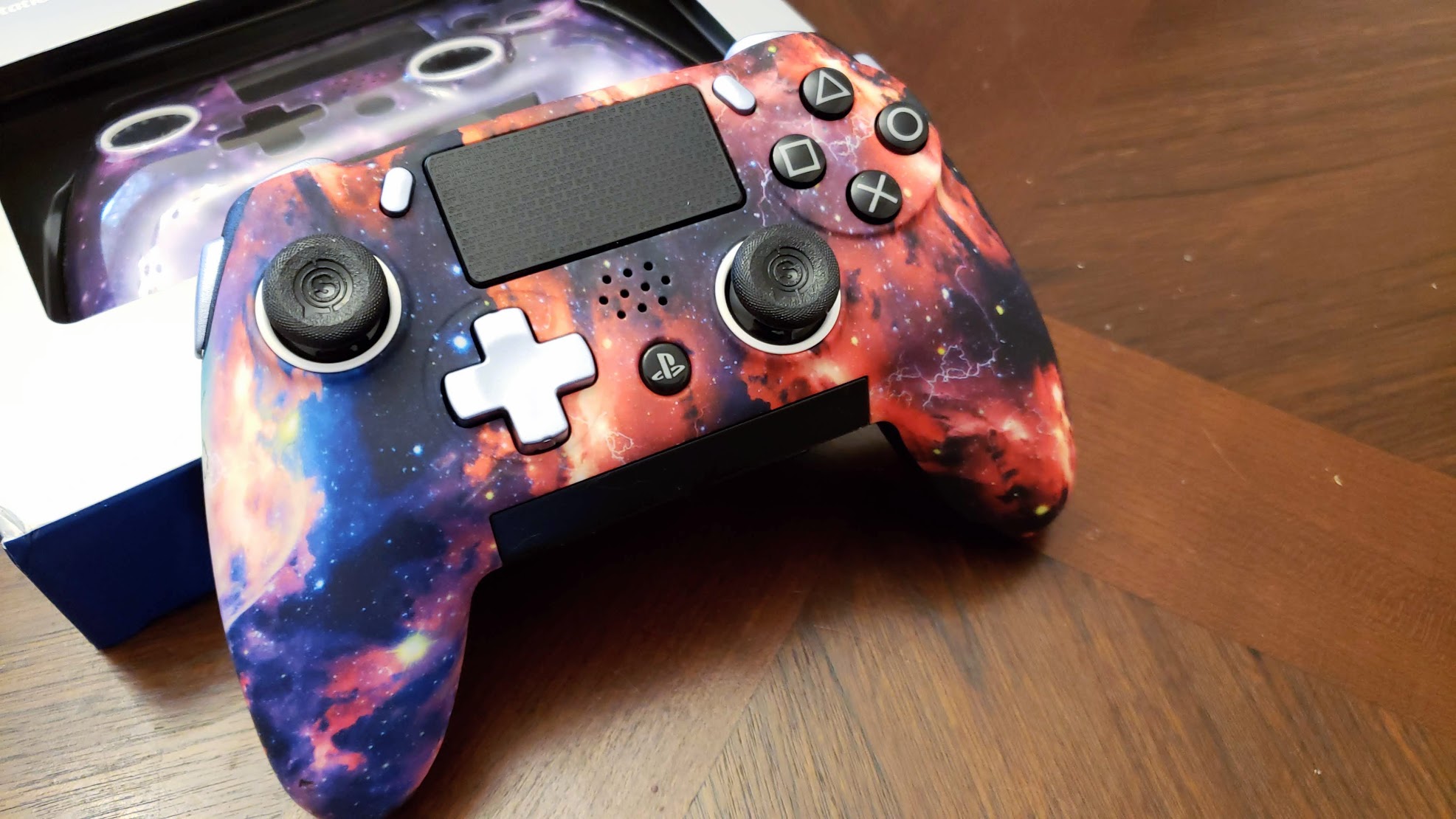 Scuf Gaming is no newcomer to the accessory business. They’ve been making pro-grade controllers for nearly a decade and have made a name for themselves within the first-person shooter community.  In fact, it was in Call of Duty that I’d first heard of Scuf, after repeated deaths to drop shots drove me to Google to find out more. I don’t know how many of those people were actually using Scuf controllers – I’m not the best at Call of Duty – but having a Scuf certainly makes you a more agile player.

Here’s the thing: if you’re playing a first-person shooter competitively, you’re looking for every possible advantage to press. Your choice of controller is a key part of that but if all you’ve ever used is a normal DualShock 4, you might not understand why. Think of you last match of Call of Duty (or any game, really). What do you do when you need to go prone? You move your thumb from the joystick and hold down the Circle button. If your thumb is on a face button, though, it’s not aiming your weapon. For those few seconds, you’re defenseless and in a fast-paced shooter, those few seconds are exactly when someone else is going to come around that corner and open fire.

The Scuf Vantage answers that problem and several others to provide you with a completely custom controller experience. The biggest change from your standard DualShock is that the Vantage adds four paddles on the rear of the controller and two new SAX buttons just to the side of the bumpers. Each of these can be remapped to a normal input with a flick of a switch. You can change these game by game, moving buttons onto the rear or sides where they’re easier to access and keep your thumbs on the joysticks.

As a custom controller newcomer earlier this year, I didn’t understand just how game-changing this could be. If the Scuf Vantage has one lesson to teach it’s this: never let go of the thumb sticks. In Call of Duty, I mapped prone to the right paddle and jump to the left. Now, I can drop or jump and aim at the same time, giving me those extra milliseconds of on-target fire to earn that kill first. The same is true during jumps. Both of these things make you harder to hit ever moving off-target. Add in reloading and weapon swapping to the shoulder buttons or additional rear paddles and you become an all around more deadly player. 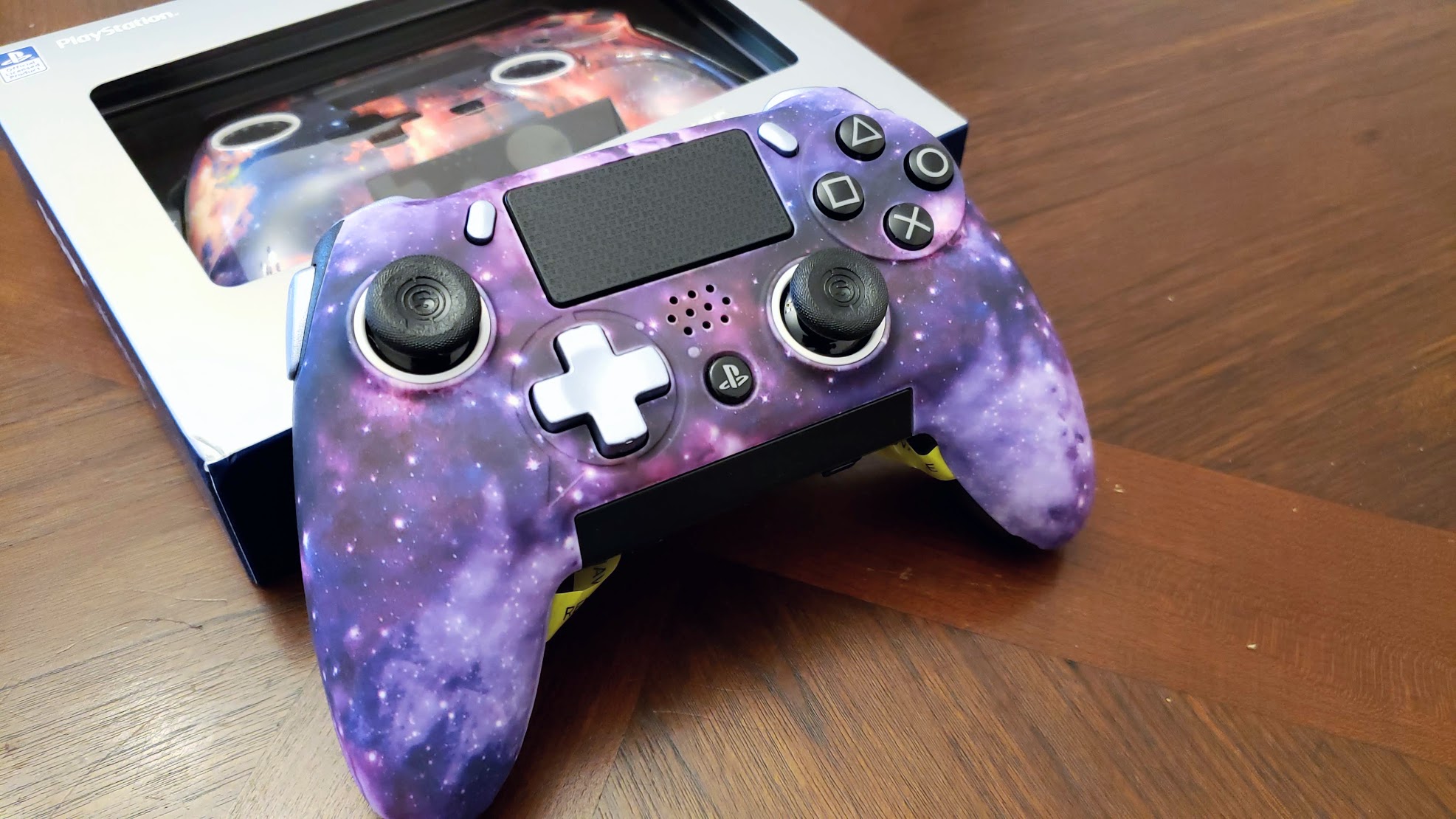 That isn’t to say the Scuf will suddenly replace the need to be a skilled player. You’ll still need to be able to line up your shots and pull that trigger faster than the guy you’re squaring off against, all while staying in motion. Instead, it removes a natural roadblock from your path and focus on those skills more. Still, there’s a good chance that other player still has to deal with that roadblock, so it does tip the scale in your favor even if your own skill is still the deciding factor.

Remapping is the biggest competitive feature of the Vantage but it’s hardly the only one. The triggers can also be customized with adjustable trigger stops, allowing you to fire off a shot with less than half of a full pull. The benefit here isn’t so much that you have to pull less (the shot will fire at the same time regardless), it’s that the trigger will rebound and be ready to fire again in half the time. Scuf also includes a tensioning tool so that you can adjust the spring tension behind each trigger, making them light or high tension. I wound up going with a high tension setup with hair triggers to match my extra mobility.

The Vantage is also very modular. Those triggers can be swapped out for an alternate, longer set that’s ridged for grip. Around the front, you’re able to swap out the faceplate, joysticks (short, medium, tall; concave, convex), impact rings, and D-pad. You choice of joystick is subjective but I found that the going with the tall sticks felt the most comfortable. The only thing I wish is that there was a concave tall stick which doesn’t seem to be an option.

The model we were sent was part of Scuf’s new Cosmic line, which includes some of the most beautiful faceplates I’ve seen on a controller. Mine shipped with the Nebula installed, which is a gorgeous purple spacescape. I also received Starstorm, which paints a cosmic lightning storm across the face of your controlled in orange and red. Galaxy and Supernova are also options and look fantastic in their own right, each capturing a little piece of some of the gorgeous space imagery many of us have plastered all over our PC wallpapers. 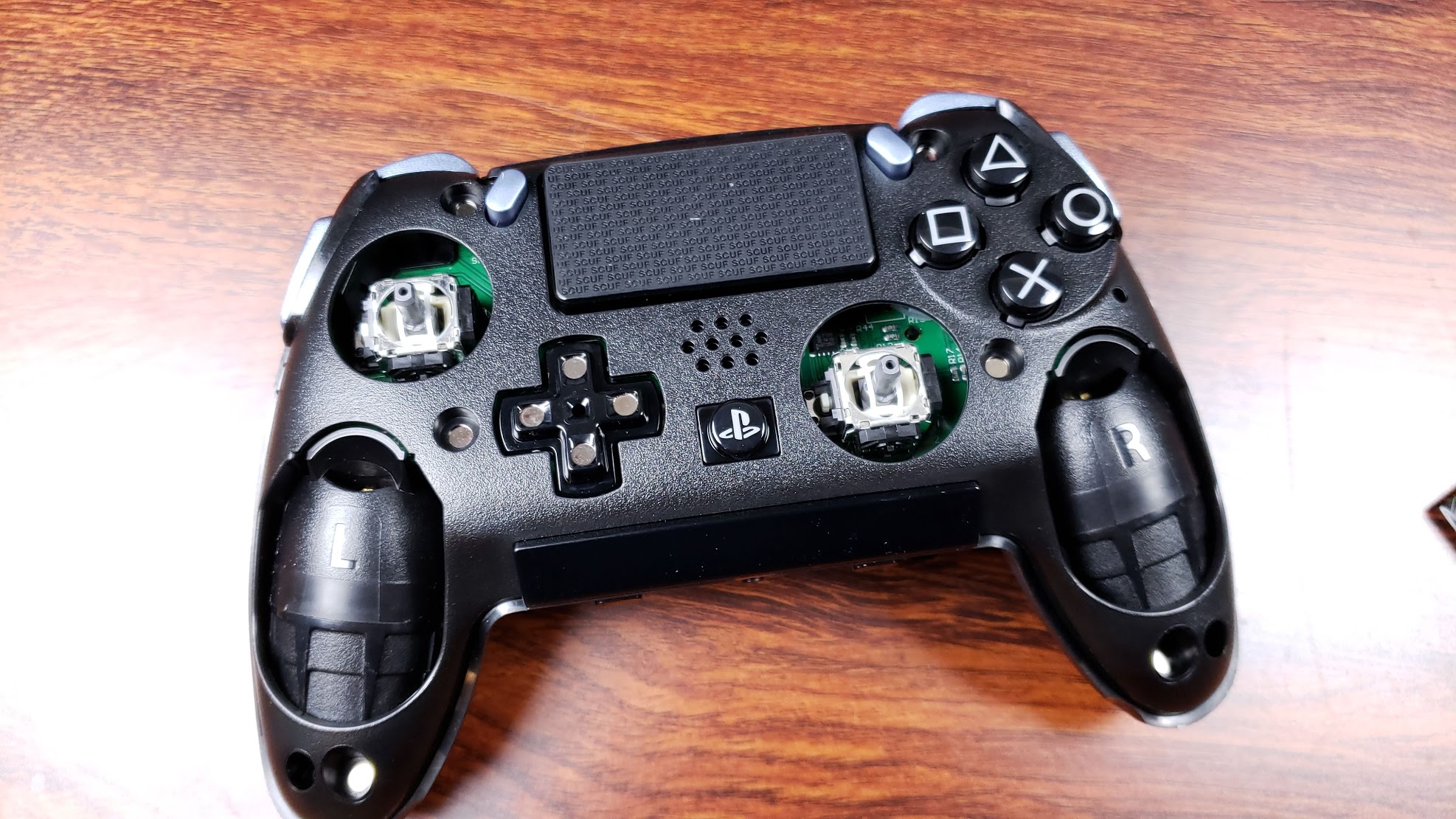 Of course, there are far more options than just that. One of the biggest appeals of Scuf is that you can customize your controller to look exactly as you would like. Given that the wireless versions are over $200, that’s a reasonable expectation, in my opinion. Swapping them out is easy and tool-free since they’re held in place by magnets. In fact, that’s true of all the swapping you’ll be doing.

The other neat feature these controllers come with is the touch-sensitive audio bar. The Vantage supports any standard 3.5mm headphone and by swiping left or right on the bar you can adjust volume up and down or mute it entirely. It’s a nice feature that saves having to go into the menu (a godsend feature if ever there was one) but it’s oddly limited to only when the controller is connected via USB. That means if you want to use the Vantage wirelessly, you’ll be stuck without headphones which is an odd limitation considering the standard DualShock 4 can handle wireless audio just fine.

Once you have it dialed in with the thumb sticks you like, trigger stops in place, and tensions set, you can get into game and start mapping commands. Remapping an entire game takes less than a minute. Getting used to using the different paddles and shoulder buttons takes a little longer. It took me a good hour or so to break the muscle memory I’d built up for the face buttons. Even after a few days, certain things didn’t feel completely natural. Reloading with a shoulder button, for example, still feels slightly foreign even now. The paddles, on the other hand, are now completely natural. So natural, in fact, that playing with a normal controller feels like a handicap.

The one thing I’ll say is that I generally don’t use all of the inputs. Unless I’m playing Call of Duty, I’m usually only using the two outer paddles. I like having the option of more, though, because when it makes sense, as it does with CoD, it makes a lot of sense and tends to make a big difference.

I was also very pleased to see that the Vantage has now been updated to easily work with PC. This wasn’t the case from the get-go, so is a solid addition that adds a lot of value for cross-platform gamers like myself.

If there’s one thing that gives me pause, it’s the price. At $219, the Scuf Vantage Cosmic Edition isn’t for everybody. If you’re a casual of even hobbyist gamer, that price is probably going to be too much, but if you’re competitive in the console scene, it’s a no-brainer. This is a controller that removes countless times where you’re at risk mid-match. It helps you gain a much-needed edge by removing the limitations of the DualShock 4’s design. If you’re the kind of player who wants to master the art of Never Leaving the Stick, the Scuf Vantage Cosmic Edition is a stellar way to jump into the fray.

Tags: accessories, controllers, custom controllers, first person shooters, FPS, scuf gaming, tech
Summary
Whether you're on PS4 or PC, the Scuf Vantage is a beautiful and customizable controller that can give you an edge in competitive shooters.
Good
Bad 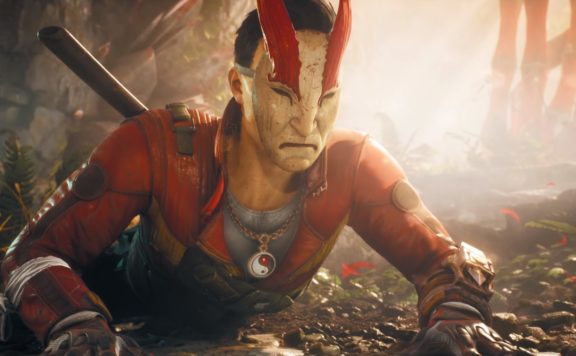 It seems like every video game accessory promises to make you a better gamer but how many actually deliver on that promise? Today, we’re looking at the Scuf Vantage Cosmic Edition PS4/PC controller. If you play games with a gamepad, the Van...
0
Average User Rating
0 votes
Have Your Say!
Your Rating: 0
Submit
Write A Review