With Seven: The Days Long Gone about to unlock, the developers continue teasing what the players can expect to find in the game. The new trailer focuses on the story and brings players up to speed on what is about to transpire. Check out the video above and keep your eyes glued to Steam to not miss the moment when the game becomes available.

From the Seven: The Days Long Gone press release:

You play as Teriel, a master thief possessed, in the most symbiotic ways possible, by an ancient daemon (Artanak) and deported to the prison island of Peh. Teriel, with Artanak help, unearth the island’s dark secrets and soon learn that the fate of the entire Vetrall Empire rests in balance. The post-apocalyptic world is filled with mysterious technology and Dark Age superstition, diverse communities that react to every action, and a rich ecosystem of creatures to interact with, from animals to people to monsters.  Freely explore the vast yet unforgiving open world, whether following the main storyline or heading off on a side quest.

Recently, the team has also shown the combat trailer, featuring the gameplay side of the project. You can find it below.

Written by
Catherine Daro
While growing up in the wilds of Russia, Catherine learned to talk, write and game at almost the same time. You can follow her attempts at latter two at MMORPG.com and GameSpace.
Previous ArticleStrictly Limited Games is putting out a Tokyo 42 physical edition!Next ArticleFortnite Battle Royale – Developers Tease A New Game Mode 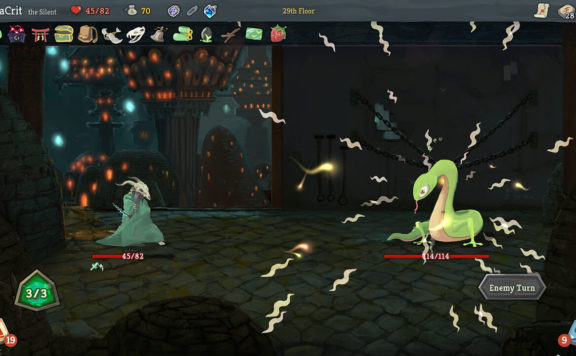