Shadow, the gaming desktop in the cloud is about to blow away the competition as it announces a new line of game streaming that includes RTX tech.

Just in time to beat Stadia to the punch, Shadow is filling stockings with a new range of virtual services that allow gamers to take tailor their game streaming experience. The European cloud gaming service has just announced a new tiered range of cloud desktops that provides everything from HD gaming on the go through to full Titan RTX ray tracing capability.

The service, that gives gamers a powerful cloud-based Windows PC has expanded the base Shadow offering to the following three tiers: 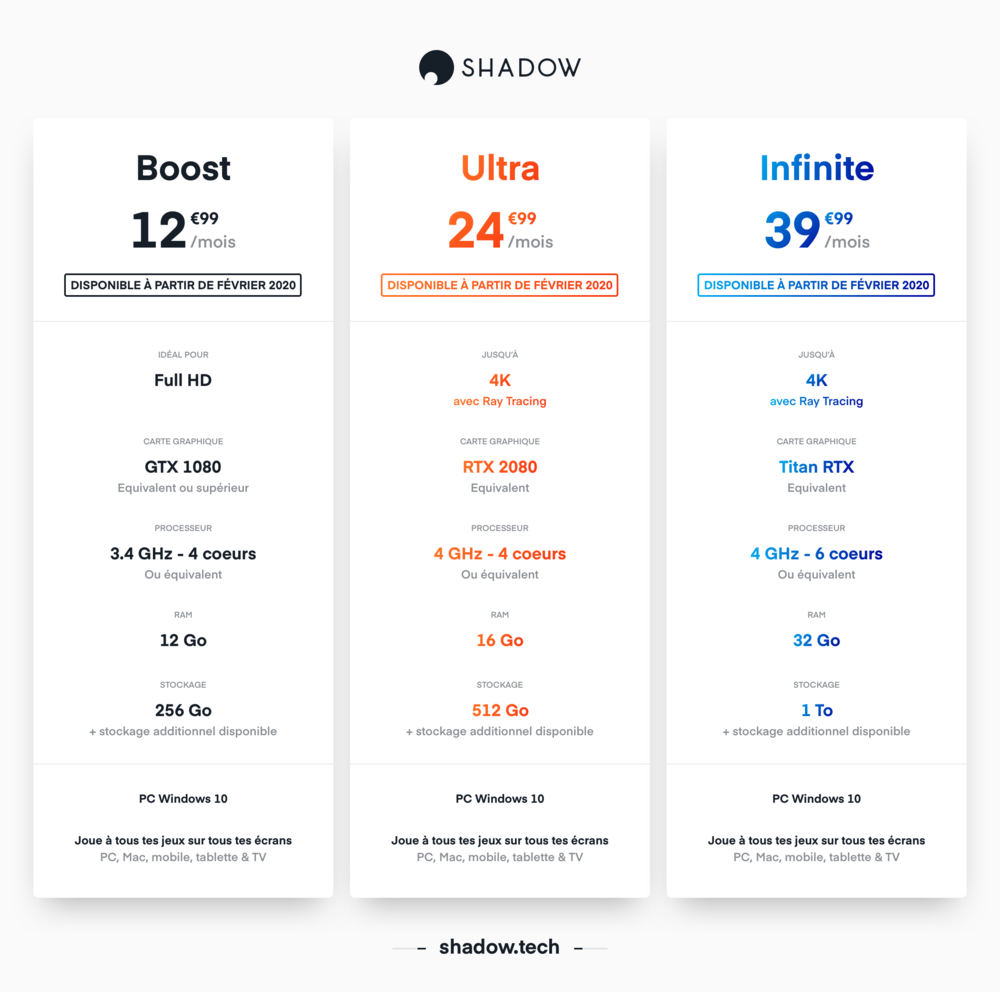 The Ultra and Infinite tiers are now available as pre-orders and will go live in February 2020. Shadow has them on shelves as a first come first served basis but the base Boost level is already rolling out before the holidays hit.

If you’ve not heard about Shadow before, check out our coverage of the Shadow Ghost here. This online desktop in the cloud provides a platform that will turn even the lowest power netbook into a fully-fledged gaming desktop playing the latest games with minimal lag. You might not be convinced but this streaming service got some glowing reviews from myself and @Gazimmof when we tried it out.

I’m pretty excited for RTX in the cloud and while Google Staida has the firepower of the chocolate factory behind it, Shadow performs performed just as well in our tests and allows me to play anything I already own. You can find out more about Shadow and the new offers over on the official website now.

Written by
Ed Orr
For those of you who I’ve not met yet, my name is Ed. After an early indoctrination into PC gaming, years adrift on the unwashed internet, running a successful guild, and testing video games, I turned my hand to writing about them. Now, you will find me squawking across a multitude of sites and even getting to play games now and then
Previous ArticleCDPR to end service for Gwent on consolesNext ArticleThe Dark Crystal: Age of Resistance Tactics gets a release date