Comedy is not used enough in video game titles but there are some titles that have done well with the added jokes. Serious Sam is a title that takes the jokes and adds the action and when I play Shadow Warrior 3, from Flying Wild Pig, I get the same types of happy feelings throughout the story. Are jokes enough to push a game to the next level? Find out below.

Shadow Warrior 3 is the third (you think?) title of the series following Lo Wang, basically a ninja shogun. I have never played the original two games and had to come into this review blind. That can be refreshing for new eyes sometimes. After the first hour, I felt like I need to go play the other two because I am in love with the comedic interactions in the story. Paired with the combat of a Doom game and this has me hooked. Characters with witty slapstick humor will always get more attention from me than a character with very little development. It is how you connect with the characters the developer is making for you. 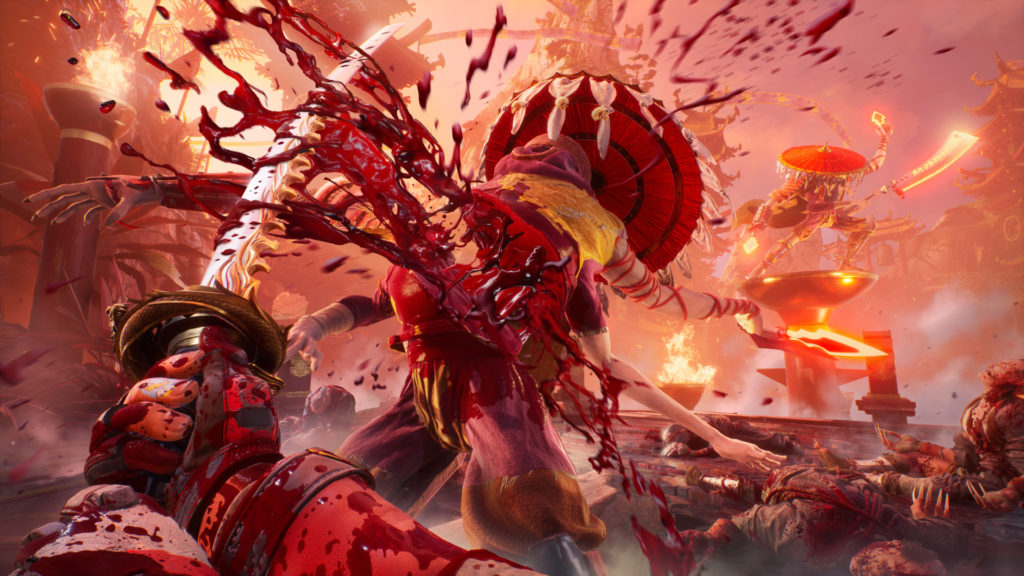 You are joined by different people along the way. Right from the beginning in fact. You have paired up with Orochi Zilla as well as a mask that holds the essence of one of your friends who banters back and forth, quite regularly, about everything and nothing at all. The voice actors selected to play Lo Wang, Motoko, and Zilla are very good in the representations of these characters. It is great to see how good voice actors can bring out a very well-thought-out story from each character. Each one gives a certain nuance to the different characters.

After some jokes and a small amount of story where you meet up with one of your former bosses turned baddy turned ally, you go right into the combat part of the story. Following winding pathways with jumps and dashes aplenty brings you into new and different areas as you travel to capture this giant dragon that was released by you in the previous title. The tutorial actually has you running down the back of this massive beast. This is a very in-depth tutorial for a game that has two other entries into the saga. It took at least fifteen minutes to go from the beginning to the end, quite literally. In each area, there are new minions to fight and with them a new finisher. Each finisher is more devastating than the last and only works on that particular enemy.

Your main weapons consist of a Samurai sword, pistol, machine guns, and more as you progress. Each weapon is able to handle each minion differently. Some are better than others. Shotguns are devastating weapons and can blast most weak enemies with great effect. Weapons can be upgraded to improve ammo amounts, explosive damage, and in some cases elemental forces. This is especially true with the Katana. The same can be said about your character’s skills as well. Lo Wang gets upgrades to max health, spawn drop rates for your Chi blast, and explosive barrels around the map. These barrels allow you to freeze, explode, electrify, and more to your enemies. These skills and improvements go a long way in trying to defeat waves of monsters as you try to survive huge combat situations. The thing I like most about the finisher system is the buffs and sometimes weapons you get from each. There are some low-level enemies that give you double health for a time while others give you the power to freeze your enemies and the highest level minions give you their own special weapon to use briefly. Let’s just say finishers get real gruesome real fast. The amount of blood and gore rivals Doom I would say. The finishers do cost charges to use so use them sparingly. You get charges by killing enemies and picking up their charge orbs as indicated by golden swirls hovering above the ground. This is similar for regaining health from deceased enemies as well as ammo pickups that regenerate around the area so that you don’t run out during a big fight.


Movement is fairly simple. You can run as normal. You can dash forward and double jump as well. When you run next to a wall with green plants growing on it then you will automatically wall run, which is extremely helpful for getting out of sticky situations. One of the most fun functions is using the grappling hook to swing around. Especially when you are trying to quickly get away from bosses that you are battling. Some of the foes in this are just difficult to fight against and your skills will be tested. Certain ones take precise timing to defeat because of armor or hiding underground. Then of course there are the airborne enemies and, well you will figure out how best to take them down. One thing to note is that you will not gain access to a new area until all of the minions in the one area are defeated. Even still, you will see dragons sitting in certain areas indicating that they are blocking paths or important pieces of the map to help you traverse it easier.

One thing I couldn’t get to work on was controller support. I don’t know if it was just disabled for early previews or not. I saw the controls in the options menu but my gamepads just wouldn’t work with it as they do with other Steam titles that I play. This was very odd to me and I took it as just that, maybe it wasn’t activated yet. I hope to be able to give it another chance after this review has been posted. Maybe it will work at that time. The mouse and keyboard are fine, but for FPS games like this, I normally like to use the controller for ease of control.

Tags: first person shooter, Flying Wild Hog, Shadow Warrior 3
Summary
Overall, Shadow Warrior 3 is an unbridled good time with great fights and even greater one-liners. Add in some character and weapon upgrades with a great store and that is a recipe for success in my book. With the exception of the controller issues everything else in this game comes highly recommended by myself. Both versions of Shadow Warrior 3 are available on March 1st. The normal version is 49.99 USD on Steam and the Deluxe version is 59.99 USD. This will be available also on PlayStation 4 and Xbox One.
Good
Bad
9.5
Amazing 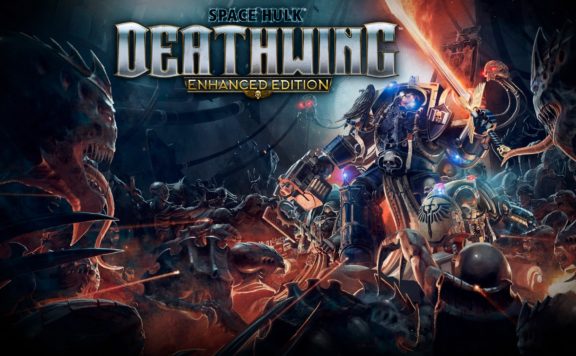 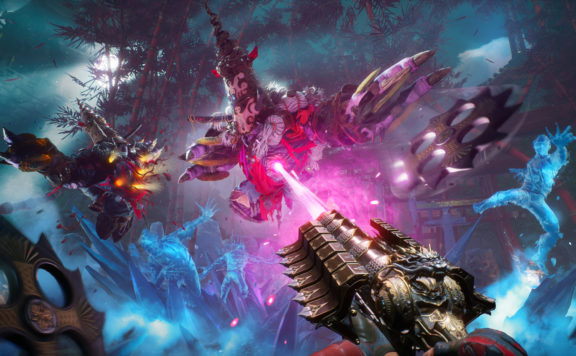 Comedy is not used enough in video game titles but there are some titles that have done well with the added jokes. Serious Sam is a title that takes the jokes and adds the action and when I play Shadow Warrior 3, from Flying Wild Pig, I get...
0
Average User Rating
0 votes
Have Your Say!
Your Rating: 0
Submit
Write A Review