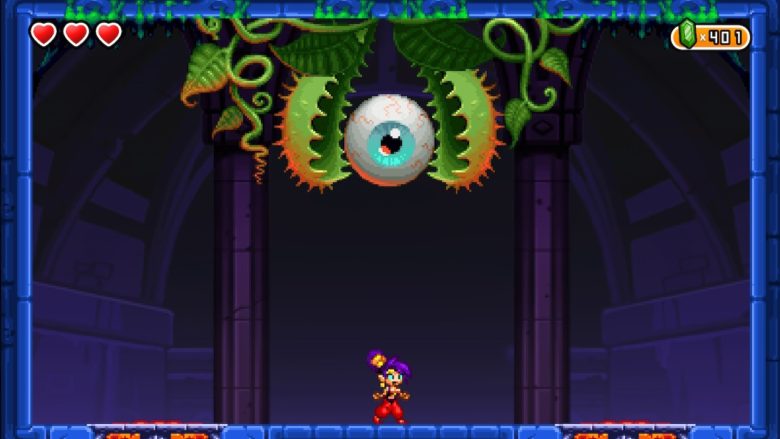 Yaaaar! There seems to be a plethora of buccaneers scurrying around right now, squirreling away loot and shivering timbers. We might not be able to take Sea of Thieves on the road with us but Shantae and The Pirate’s Curse has just docked on Switch and I set sail to find out how this adventure fairs.

Shantae and the Pirate’s Curse is the third installment in a series of adventures for the game’s titular hero. After a successful Kickstarter, in 2013, for the ex-Genie’s latest outing, Developer WayForward has returned to the Pirate’s Curse and launched it on the Nintendo Switch. Like other incarnations of this series, Pirate’s Curse puts players in the role of Shantae, a hair-whipping half-genie that has traveled Sequin Land and repeatedly foiled the plans of Risky-Boots. This time, however, Risky isn’t all Shantae has to worry about. The nefarious pirate captain’s old mentor is turning in his grave and the Pirate Master is about to return.

This adventure takes you on a voyage across the islands that surround Sequin Land, but you begin in Scuttle Town, and it is instantly recognizable. The look and feel of Pirate’s Curse pays homage to earlier adventures and follows the same pixel art styling of Risky’s Revenge. Pirate’s Curse is yet another example of the recent retro wave that includes games like Dead Cells, Sonic Mania, Freedom Planet, and Shovel Knight. It crafts a world that looks exactly like our memories of 16-bit platforming, without the gaudy color comprises of early console hardware.  Everything from the townspeople to the environments, the bosses, and the playable characters are rendered in the sort of rose-tinted spectacle that makes returning to an age of cartridges gaming seem appealing. 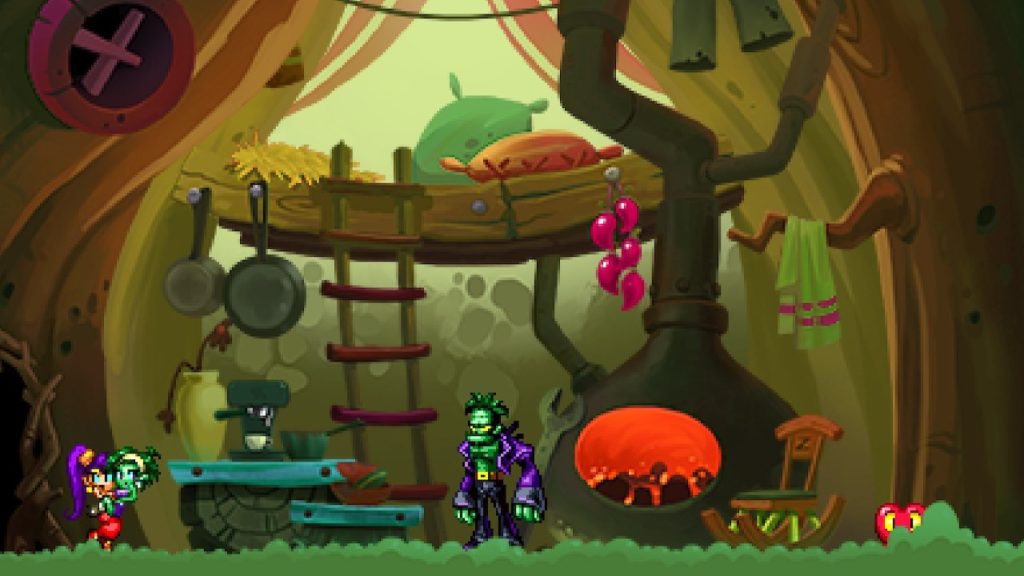 However antiquated this might sound, WayForward makes great use of the enhanced capabilities of modern consoles. Although Pirate’s Curse is clearly a modern take on the pixel art of old, a broad color range and an amalgamation of high-resolution stills are mixed in for good measure. These stills are fantastic at visualizing Shantae and her comrades and enhanced by an attention to detail that permeates the rest of the game. Everything from subtle changes in Shantae’s ambient movement to cute audio cues really gives these bundle of pixels a life of their own.

It is not just character audio that impresses in Pirate’s Curse either. The Jake Kaufman soundtrack is a bubbly mix pirate shanty, Arabian nights, and brilliant chiptune. Each area of the game all is accompanied by an adequately thematic set of tracks, creating a musical map that is as vast as each of the islands that players can explore.

Setting off from Scuttle Town, Shantae can set sail with Risky and explore a variety of islands in a sequential order, unlocking new harbors as each level is completed. Getting around any of the game’s locations is an intuitive affair. Analog controls allow players to bounce across the map with jump, attack, and interact easily accessible on the JoyCon action buttons. Controls are responsive and while the game doesn’t blitz past players, like Freedom Planet, you absolutely need to have your wits about you.

Each of the game’s zones are full of new local wildlife that is out to stop you. Zombies, snakes, bats, mermaids, mutant frogs, spiders, and dragons are just a sampling of the easier enemies you will find. More challenging boss encounters are interspersed throughout these islands, and WayForward manages to make these feel continually fresh. Subsequent islands do become steadily more difficult as you progress. While the opening town is a relatively sedate start, Shantae’s race through a throng of grasping hands, razor sharp spikes, and vicious automatons, all while carrying a bright green zombie, is an excellent example of how WayForward both add and remove mechanics to vary the pace and keep things challenging. 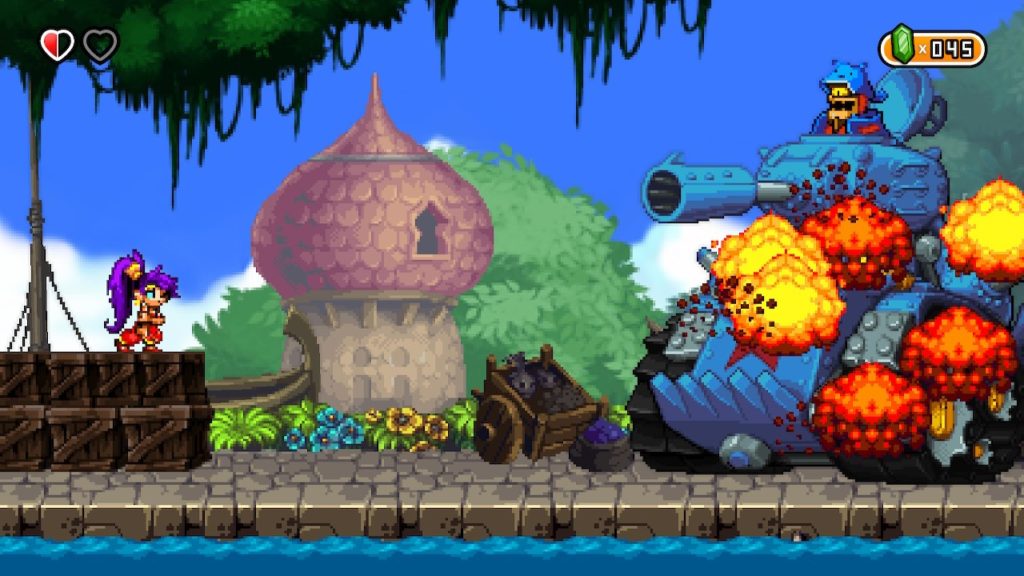 It’s not all a race for your life, however. Pirate’s Curse also includes RPG and puzzle mechanics that will not allow players to simply blitz through levels. Puzzles make great use of the game’s inventory system, even allowing Shantae to utilize tools littered throughout the world. Layouts change and some utterly bizarre logic does sometimes prevail. Even at its most frustrating, this will not stop you for long. Levels are not particularly large, which means even the most complex problems generally reveal themselves after prodding around aimlessly, just after frustration begins to raise its head. The inclusion of collectible items, an inventory system, and these level wide puzzles provides a rewarding reason to backtrack through content and makes me grateful that this is a vast sprawling set of dungeons.

Level construction is just another example of the attention to detail involved in this game. The variety and quality of animation, the little moments that characterize the population of Shantae’s town, the utterly odd humor, and even the use of HD rumble are all examples of this. Shantae is the type of retro platformer that uses every inch of potential that modern platformers provide, almost as if it was just as scarce as space on an NES cartridge. Aside from the remarkable artistry used to produce Pirate’s Curse, it is just incredible fun to sit down and play. If you have a switch this really should be on your list of games to play.

Final Shantae and the Pirate’s Curse: 9/10

Written by
Ed Orr
For those of you who I’ve not met yet, my name is Ed. After an early indoctrination into PC gaming, years adrift on the unwashed internet, running a successful guild, and testing video games, I turned my hand to writing about them. Now, you will find me squawking across a multitude of sites and even getting to play games now and then
Previous ArticleBattletech – Story Trailer & Release DateNext ArticleTitan Quest PS4 Review 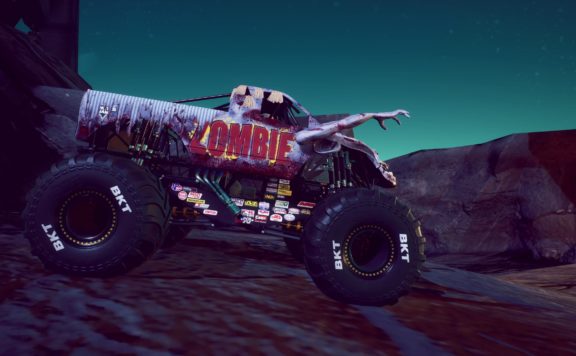 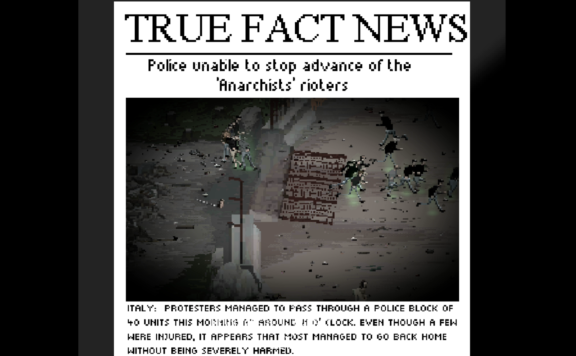