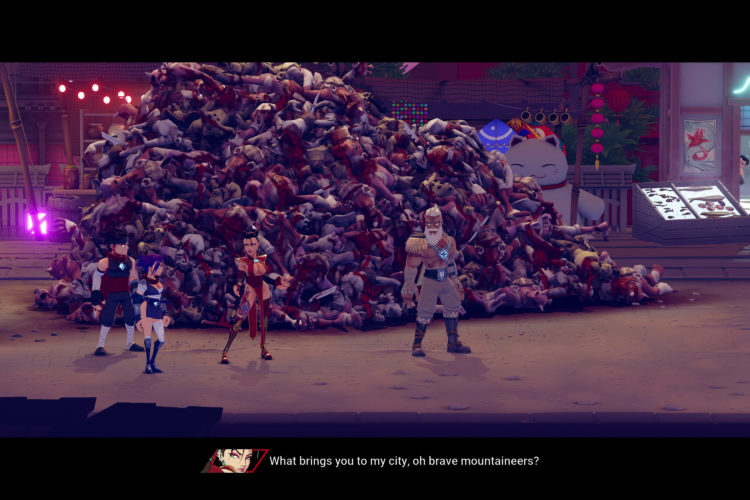 Ninjas, mountain men, demon hordes, and sultry ladies are generally a recipe for hours of entertainment. In Shing! by developer Mass Creation, they have taken some exciting concepts, along with a story that doesn’t take itself too seriously, and wrapped it all up in a beat-’em-up action game. Does Shing! shine like a newly polished blade? Our Shing! review has the answer.

From the jump, the prelude video provides a fairly accurate introduction to what the game is supposed to be. Four characters, each with their own weapons and moves expertly dispatch swaths of monsters. The story essentially follows these characters on their journey to recover the Starseed that was stolen by a band of Yokai (demons), that appear hellbent on destroying the world. On your way through the various levels, you’ll reach story-specific hubs, encounter puzzles, find mini-games, and battle some interesting bosses. 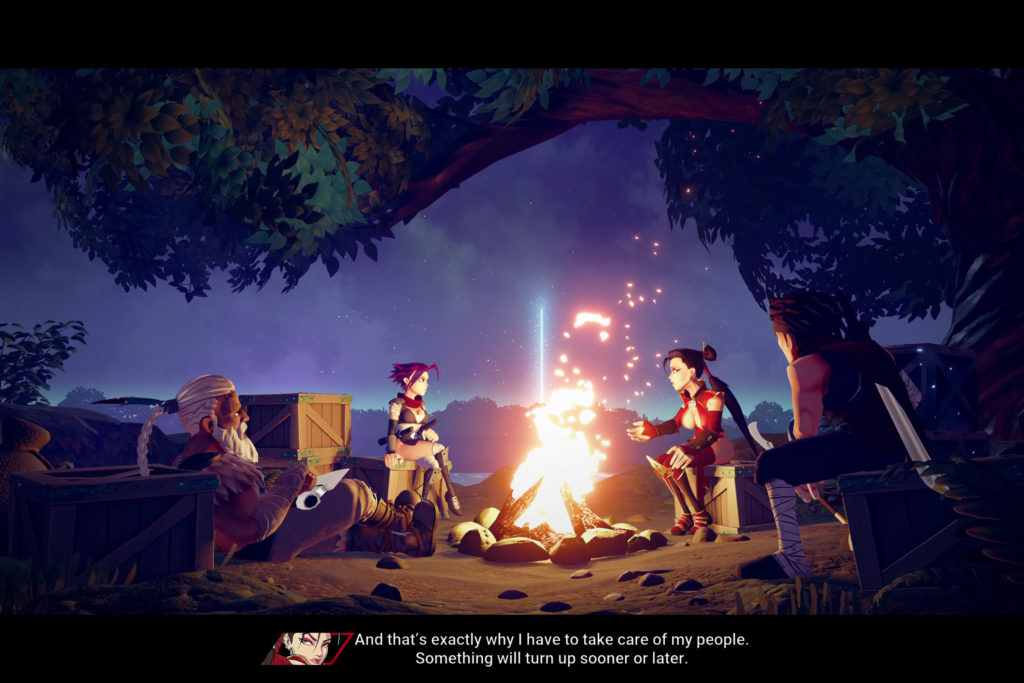 There are some parts of Shing! that are absolutely fantastic. For example, some of the boss battles are more than just smashing your way through a boss by brute force. Many bosses have specific mechanics that players need to figure out in order to beat them expeditiously. The characters themselves all have their own personalities and a good dynamic that they use when they banter with each other throughout the story, and in short narrative bursts that are placed throughout several levels. While playing, you can switch between each of the characters at will, which turns out to be quite necessary, as you’ll be forced to go through the entire roster in the event your preferred character dies and you need to choose another.

Death doesn’t mean too much, apart from decreasing your overall score for the level. If you score well enough, you can “master” that particular level, and place higher on a leaderboard. Leaderboards exist for each difficulty, and for those that really dig the game, competing to get the top spot should definitely keep players coming back. Another major boon to replay value is the multiplayer aspects. As with many beat-’em-ups, Shing! plays much better when you have someone to battle alongside you, but at this time, only local multiplayer is available. 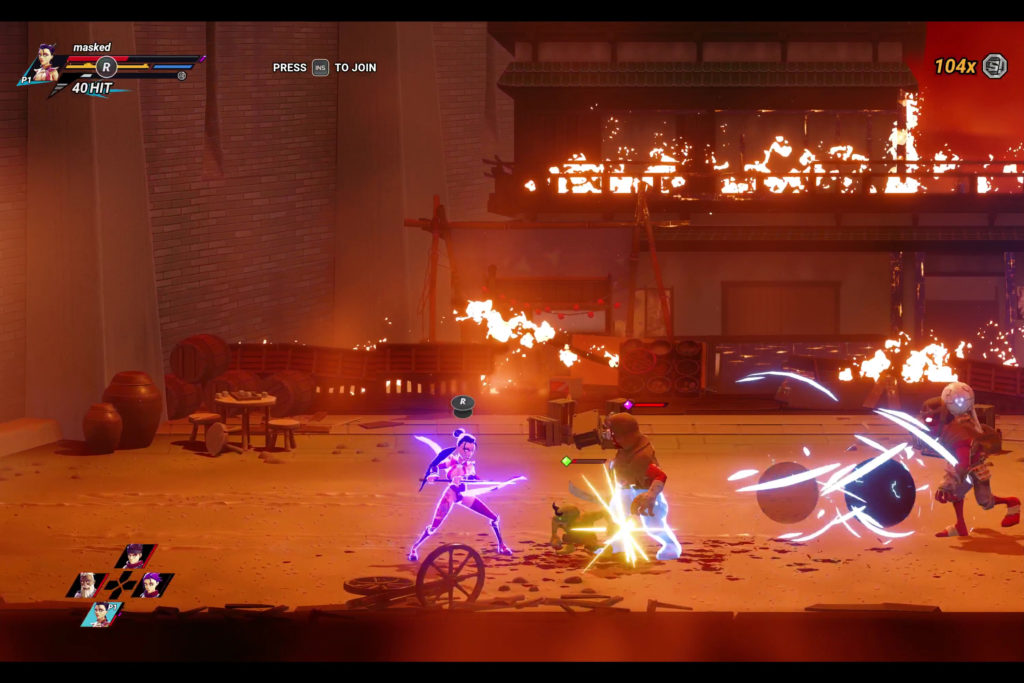 That brings us to the major sticking point of the game – the combat. Shing! utilizes a dual analog-style combat system. The left analog stick lets you move around while the right analog stick is pressed in quick succession in various directions to implement combos. To label this combat style as difficult would be generous. The unwieldy control scheme stains what would otherwise be a fairly well-received, updated entrant in a beat-’em-up fan’s library. Instead, the insanity of slapping the thumbstick from side to side, or rolling it around, as you attempt to pull off moves with any semblance of reliability, is a test on one’s patience more than their overall skill.

In some ways, I do question whether the analog-specific combat system was created simply to stand apart from other games of the genre. Everything else in the game is downright enjoyable, but after a few hours of playing through it, the main takeaway isn’t related to the characters or the story, but how awkward it was to actually play. There is something to say about the accessibility of using dual analog sticks – mainly for those that may be impaired and can’t utilize thumbsticks and buttons at the same time. While that is commendable, for me, in many cases, I removed my thumb entirely from the right analog and used my palm to roll the thumbstick more reliably. The impression on my palm may be my main takeaway from my time spent with Shing! despite the other pieces that Mass Creation does quite well. 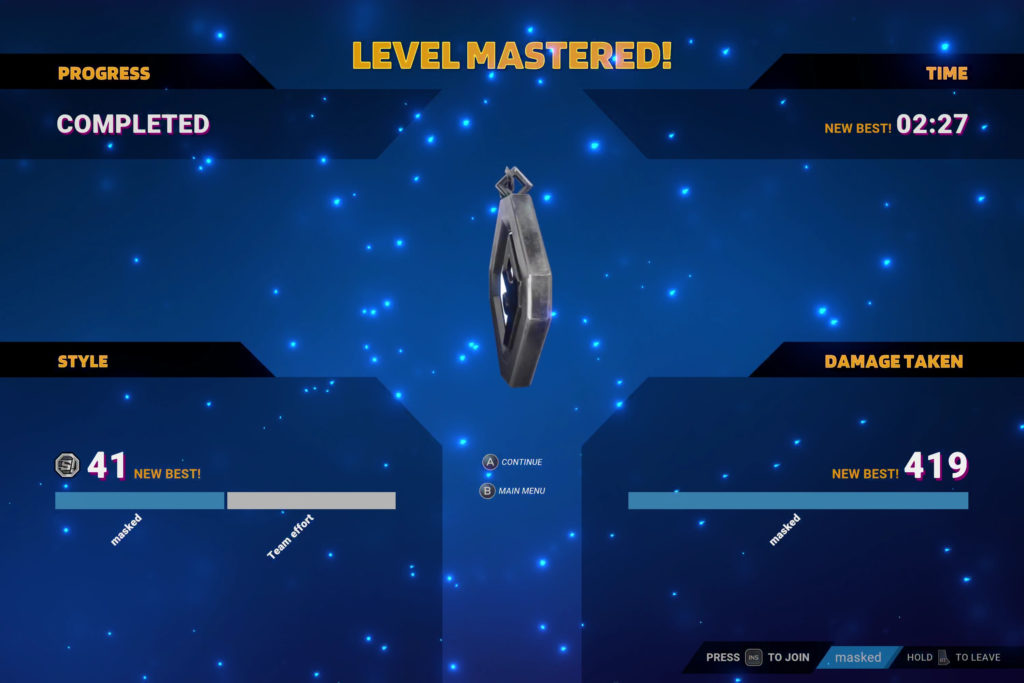 There is a lot to like about Shing! and, in my estimation, one major pitfall that ruins the entirety of the experience. If you’re the kind of gamer that can manage constant thumb rolls and stick waggling for several hours, then Shing! was made for you. For the rest of us, perhaps Mass Creation will come up with a control scheme that’s far more button friendly.

Tags: beat em up, Mass Creation, pc, review
Summary
Shing! manages to take the beat'em-up genre, throw in some fantastic ideas, and squander it all on a twin-stick combat system that convolutes what would otherwise be a solid combo-mashing sidescroller. There is still a lot to like about this game, but unless you really dig analog stick combat, you may want to pass on this one.
Good
Bad
6.3
Fair

Written by
Steven Weber
Steven Weber is a writer, he also loves to game. He produces several streams, all of dubious fame. If you’ve ever wondered, “How does he spend his time?” It’s spent writing this biography and trying to make it rhyme.
Previous ArticleRide 4 Races Out for PS4, XB1, and PCNext ArticleExplore the Afterlife in I Am Dead 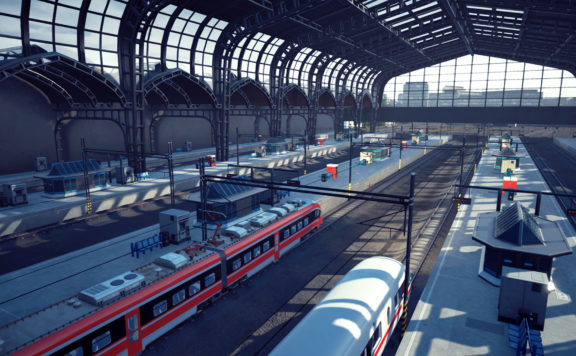