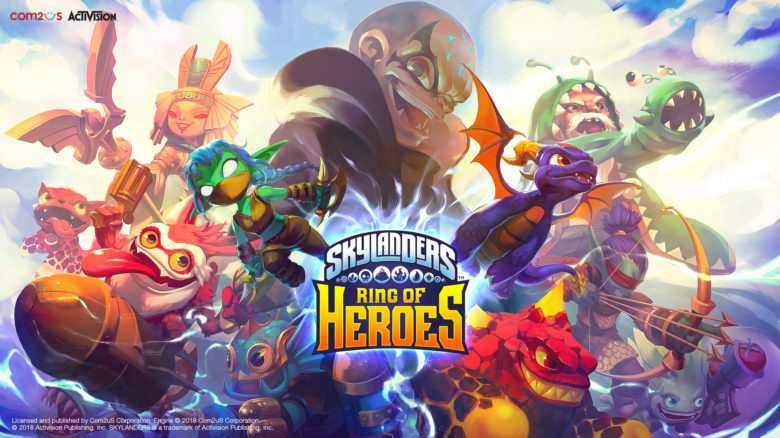 Last week, the mobile games company, Com2uS launched the highly anticipated game Skylanders Ring Of Heroes, to much fanfare! Within its first week, it climbed to the number one spot on Google Play and the iOS App Store within forty-three countries!

Skylanders Ring of Heroes was released in 120 different countries including the US, stealing the number one RPG spot for Google Play and the App Store within three days. In addition to the high point in the US, the game managed to secure the top RPG spot on the charts of major European countries including France and Germany.

Skylanders Ring Of Heroes has received a positive reception from players all over the world thanks to its variety of modes, entertaining story, and robust battle system. We’ll continue to do our best to provide the best gameplay experience for our players.

The early success of Skylanders Ring Of Heroes is believed to be the result of the popularity of the Skylanders™ franchise and its localization, as well as the game’s finely-tuned mechanics and global support.

If you’re a Skylanders fan then perhaps this launch trailer, while not showing any actual gameplay footage, might help get your blood flowing:

About Skylanders Ring Of Heroes

The mobile role-playing game (RPG) developed by Com2uS is based on the Skylanders™ franchise from Activision. The game features an epic tale with over 80 different characters. Players will be able to use these characters of different elements and make use of their skill combinations to engage in exciting strategic battles.

The game plays like a real-time, squad-based battle type game and includes these features: