Today’s selections include drone battles for quickly depleting resources, a mother’s quest to find her daughter amidst a plague of zombies, isometric robot battles, another isometric adventure through swarms of mutants, and an FPS battle arena in which you are a nanobot. For VR enthusiasts we introduce you to a fast-paced, infinite obstacle runner, an intense shooter that puts you in the role of a post-human puppeteer, and a cutesie fantasy smithing simulator. Take a peek and enjoy!

Lead your drones into an epic battle for the last iridium on the planet.

A mother desperately struggles against the undead and searches for her lost daughter in this hardcore survival horror nightmare.

Slash and shoot everyone in your way in this hack and slash game. Kill a lot of enemies and find a way to the exit to complete missions.

You are on a mission to find hidden keys and map pieces scattered throughout various levels and areas. Each piece brings you closer to the next, and every key unlocks more of your base. Leading to the end game.

Nanobotic is a free to play first person shooter multiplayer online battle arena extravaganza (FPS MOBA). In Nanobotic you can craft weapon elements on the spot and switch between them with ease, you can also craft different types of artificially intelligent (AI) minions and control their actions.

Icarus – Prima Regula is an infinite runner type game in which player flies through procedurally generated spaceship corridors with a jetpack. What brought you to this spaceship and why it did exactly that, are yet to be discovered. Yet, something or someone is trying to prevent your escape but keep you flying.

Earthshakers is an action shooting game that fights against enemies as a post-human “puppeteer” born with the ability to manipulate machines in the future world where the war between humans and machines is deepening.

FantasySmithVR is a stimulation-type VR game. Players can experience how to make a weapon, and how to interact with characters or creatures in the shop. The fantasy world setting makes the forging more interesting, magic potion and floating crystals virtually engage players in an incredible magic world. 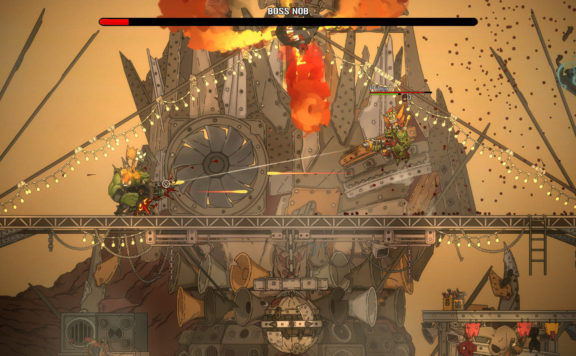